Definitely, the world’s no. 1 streaming service Netflix has entered the Academy Award game in recent years.

Likewise, a few of its own production films, including Mank and Pieces of a Woman, earned Oscar nomin

ations and even victory.

Moreover, the Academy Awards remain one of global cinema’s most prestigious award ceremonies. Also, many of the best films of all time have won Academy Awards.

Despite a long track record of a few questionable winners in the biggest categories, the Oscar is celebrated and followed by almost all movie lovers worldwide.

And thankfully, we have managed to expand your knowledge of prestigious Academy Award movies on Netflix.

So even if you love a modern masterpiece like Roma or a 60s classic like Bonnie and Clyde, Netflix has got you covered.

Here are some great options on Netflix to watch right away.

Over and above, we have built an easy run-through Academy Award Movies on Netflix winners list for you to check out in need of creative inspiration.

One of the reasons why the 2017 Academy Awards was one of the most entertaining Oscar nights in history is because of Moon Light. This movie won the Academy Awards at the last minute.

Talking about the film, the story is about a young black man named Chiron, growing up in Miami.

All things considered, this film is available on Netflix, which you can enjoy at any time.

Noah Baumbach’s Marriage Story was a major player at the Academy Awards ceremony in 2020.

Likewise, the film is a semi-autobiographical story about the dissolution of marriage.

Of course, Marriage Story is now streaming on Netflix, which you can enjoy at any time.

Also, Check Out Our 15 Most Iconic Oscar Hairstyles Of All Time

Talking about the story, this movie is loosely based on the lives of Danish painters Gerda Wegener and Lili Elbe.

The story of this film is about going undercover (played by Leonardo DiCaprio) to infiltrate a brutal mob boss played by Jack Nicholson.

Also, the movie is a remake of the Hong Kong cop thriller Infernal Affairs.

Furthermore, The Departed is currently available on Netflix.

On top, Spotlight won the Academy Awards for Best Picture and Best Screenplay in 2015.

Moreover, this 2015 Oscar winner is the story of Boston’s spotlight investigative journalist team. The story uncovers the child abuse crime in the Boston area, which is covered up by the Catholics.

Likewise, the real journalists on whom the film is based had won the 2003 Pulitzer Prize for Public Service.

Probably one of the best films of the 2010s is The Social Network.

If you are a fan of tech genius stories and giant companies startups, then this movie suits you perfectly.

Fortunately, The Social Network is now streaming on Netflix.

David Fincher’s The Social Network revolves around the rise of Facebook and the people behind the platform.

4. There Will Be Blood

Masterpiece film There Will be Blood is about a 20th-century oil baron. He (baron) is the reason for the rise of American capitalist villains.

Also, this film is packed with stunning performances, especially from Day-Lewis and Paul Dano.

Also, a deconstructed soundtrack is given by Radiohead’s Jonny Greenwood. The movie also has the greatest lines about a milkshake in film history.

Likewise, Paul Thomas Anderson’s There Will be Blood won the 2008 Academy Awards for Best Cinematography and Best Actor.

Filmmaker Craig Foster in his documentary spends time and forms a special bond with a wild octopus in Cape Town, South Africa. He made the bond off the coast within a year.

Although the film was involved in quite a controversy over winning the Oscars, there is no denying that My Octopus Teacher is very different and unique in its own way.

Nonetheless, original, wholly captivating, and even touching – My Octopus Teacher is now available on Netflix.

The film is adapted from August Wilson’s play of the same title.

This Netflix movie delivers some of the powerful performances from Viola Davis, Colman Domingo, and the late Chadwick Boseman.

Despite the picture didn’t manage to nab either acting trophy, this emotional movie took home the Oscars in the Costume Design and Makeup categories.

Yet another example of Netflix production picture’s victory is the movie Mank.

Netflix’s own Mank won the Academy Awards for Best Production Design and Best Cinematography in 2021.

Also, this film is a 1930s Hollywood love letter directed by David Fincher.

Unfortunately, the movie lost the Oscar for Best Picture to Chloé Zhao’s Nomadland.

Of course, Mank is now streaming on Netflix. 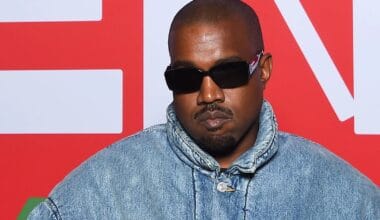 Read More
An American rapper, songwriter, music producer, fashion designer, and entrepreneur Kanye West has an enormous net worth of…
NNet Worth 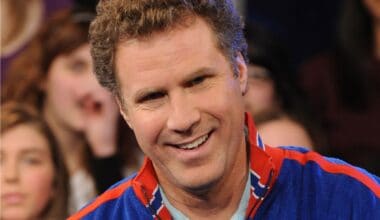 Read More
American actor, comedian, and writer Will Ferrell’s net worth is a staggering $160 million. He is well-known for…