He played 14 seasons in the NBA, both in the position of shooting guard and point guard.

Nicknamed as “the Answer,” Iverson, who first played for the Philadelphia 76ers, went on to play for Denver Nuggets, Detroit Pistons, the Memphis Grizzles in his 16 years long career.

Allen led his team to the 2001 NBA finals and was rated the fifth-greatest NBA shooting guard of all times in 2008 by ESPN.

He also went on to represent United Stated at the 2004 Summer Olympics and bagged a bronze medal for the country.

Similarly, his playoff career scoring average of 29.7 points per game makes him second only to Michael Jordan.

Iverson made a fortune as a basketball player, where he earned around $154.8 million during his career.

A huge chunk of this came from the Philadelphia 76ers, where he made around $98 million.

Furthermore, he earned $4,00,000 during his brief stint with Memphis Grizzlies, which was previously supposed to be $3 million before mutually terminating it.

However, returning to Sixers in the middle of the 2009-10 session earned him a little over a million.

However, half of it is held by his now divorced wife, Tawanna.

This doesn’t end here. Much of his earnings also constituted brand endorsements. Reebok being on the top of the list.

The 10 years deal which was signed between the two, soon after Iverson entered the NBA, was valued at $50 million.

Reebok also went on to give Iverson a deal for a lifetime after Philadelphia 76ers legend won 2000-01 season MVP.

Along with his endorsements with Reebok, his other endorsements include IO Moonwalkers, Packer Shoes, Stance, and T-Mobile.

Despite making a fortune for himself throughout his career, where he amassed more than $200 million from salary and endorsements, his net worth has dropped to a horrifying level because of his careless spending habits.

He has often seen overspending on extravagant vacations and showering his family with expensive gifts.

Adding to this, his personal issues of going through a divorce and general challenges in his personal life led to a serious impact on his finances.

Iverson once owned a house in the community of Villanova in Pennsylvania, which was bought in 1999.

The Monk Road Gladwyne house measures 14,000 square feet, which consists of six spacious bedrooms, a stream, and an artificial waterfall.

It also has master suite bathrooms with stylish marble floors.

This house has four extra bedrooms plus segregated guest quarters with a kitchenette, living room as well as bedroom.

Along with these features, it also boasts a media area, coffee bars, and verandas overlooking beautiful scenery.

He also lost his home in Georgia to foreclosure.

The house, which was designed in European style, was a two-story brick finished house which held seven bedrooms and 7.5 bathrooms across an area of 6,000 square feet.

He had to trade this house for a low price of $725,000, which was around $1 million less than the listed price.

This is not new to Iverson, as he has also lost homes in Atlanta and Denver.

Allen Iverson’s driveway once looked like a car showroom with his collection of luxurious cars.

He is known for his imprudent spending and did not hesitate in spending rampantly on cars.

In 2007, Iverson owned a Lamborghini.

In 2006 he owned a Hummer H1 Alpha, which according to reports, Iverson had only put less than 3500 miles on it before getting rid of it.

Another GM product that “The Answer” used to own was a Cadillac Escalade as well.

Perhaps, his most famous possession among cars was his marble white Bentley GT that he owned.

Iverson is known for his nonstop drinking and incessant partying. He showered his entourage with lavish gifts and spent recklessly.

Despite the divorce, he can be seen traveling with his children and ex-wife for vacations to provide a good family base for their children.

Iverson hosted “The All in Basketball Game” with a host of former NBA Players and Mix Tape stars.

This event hoped to raise funds for the homeless people in the country.

Similarly, he also offered to volunteer his skills in basketball to American and African street children, although not as a player but to debut his abilities in a new role of a coach.

Do you know MrBeast and his net worth?

Allen Iverson has been featured in movies such as Like Mike, Imagine That, Another Shot, NBA: The Foundation, and NBA 2000: Stars for the New Millennium 1997.

The documentary Iverson was directed by Zatella Beatty. It was released in the year 2014, which follows his biography from his childhood to the time he rose to fame as an NBA star.

Similarly, No Crossover: The Trial of Allen Iverson was released in the year 1993, which portrayed how  Iverson, a mere high school boy struggling with poverty, rose to fame.

Several books have been written on Iverson, who, despite being a controversial figure, is also a star-studded player.

The books written on him include Not a Game, Allen Iverson: The Inspiring Story of One of Basketball’s Greatest Shooting Guards, Allen Iverson: Star Guard, Only the Strong Survive: The Odyssey of Allen Iverson, to name a few.

Lastly, “The Iverson Book” by Gary Land has been compiled with the photographer following Allen on and off the court to collect his life stories and to turn them into a paper.

Iverson was in a sports scholarship studying at Georgetown University when the Philadelphia 76ers selected him for the NBA.

The team he was in, the Philadelphia 76ers, qualified for the playoffs, where he averaged 26.2 points, 4.8 assists, 4 rebounds, and 1.3 steals per game.

In the year 2009, he again signed a contract with the Memphis Grizzlies team for a year, and in the very year, he also returned to play for the Philadelphia 76ers, where he previously had disagreements with the coach Larry Brown.

In his return, he was welcomed back into the team with open arms.

But, around the same time, his daughter was undergoing few issues concerning her health, and he had to leave.

He later announced, stating that he would not return to the team again.

Due to his habit of incessant and reckless spending, he has gone on from earning a total of $155 million in his career to now having a net worth of only $1 million.

Who did Allen Iverson cross over?

Iverson idolized Michael Jordan growing up and reflects on committing the famous crossover against Jordan.

Iverson was married to his high school sweetheart Tawanna Turner in 2001 and got divorced in 2013 after 12 years of marriage. They have five children together. 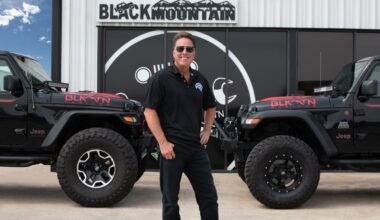