English shepherd Amanda Owen is both a writer and a presenter. In Swaledale, a village in the Yorkshire Dales, Owen lives and works on a rural farm called Ravenseat Farm.

Owen first received public recognition via her Twitter account as “The Yorkshire Shepherdess,” and she has since published five novels.

Over the years, Amanda Owen and Clive Owen, who have nine children together, have kept the specifics of their wedding day private, but since they co-starred on their popular Chanel 5 show, their breakup was much more widely publicized.

In front of the cameras, Amanda recently discussed how she handled their relationship’s dissolution and called it “very tough.”

Andrea Owen And Clive Owen and Amanda met in 1995, at ages 42 and 21, respectively. While the shepherdess believed their romance was more of a “slow burn,” divorced Father of two Clive claimed he was instantly “struck with her” when she visited Ravenseat Farm despite their 21-year age difference.

It was a slow-burn affair, Amanda stated on the podcast The Poet Laureate Has Gone To His Shed.

We started to get to know one another. We first established friendships before venturing out in small groups.

They later got married five years later. Amanda opted for a distinctive off-the-shoulder wedding dress with a multicolored flower print instead of the typical bridal white, accessorizing it with a veil, long satin gloves, and a black choker.

When Amanda Owen And Clive Owen openly acknowledged a “rocky patch” in their marriage in November 2021, that was one of the first indications that they were having relationship issues.

The following June, they unluckily announced their separation. Amanda posted on her Instagram Stories:

“Clive and I are heartbroken to confirm that we have made the difficult decision to separate.”

The star of Our Yorkshire Farm, Amanda Owen, has released a statement following the premiere of the first episode of Beyond the Yorkshire Farm, which featured her ex-Clive.

Channel 5 announced at the start of the year that Clive and her son Reuben would get a spinoff, while Amanda’s show would not receive a second season.

In the first episode, they started a new Company venture and attempted their first challenging task: digging a series of pools in Cumbria.

Clive could be seen confronting Reuben about his new relationship with Sarah, who made the crowd laugh with her frog phobia while digging up a pond.

Fans were overjoyed to see Clive and Amanda get back together for the season after they announced their separation earlier this year.

Amanda Owen’s time in the spotlight has paid off nicely, as seen by her claimed £1 million net worth.

The 47-year-old star of Our Yorkshire Farm, who once struggled to make ends meet while taking care of her family, is now in charge of her business empire.

The TV Actress has a seven-figure net worth, and TG Time claims she makes £250,000 a year thanks to her five best-selling books, magazine partnerships, and ten years on television.

The mother of nine has a business named Yorkshire Shepherdess Ltd, and according to its financial records, it has cash and assets totaling £74,411.

The situation could have been better for Amanda; as she previously said, the pandemic’s impact on tourism harmed her farm.

The whole HLN operation team has been terminated as a part of CNN president Chris Licht’s restructuring. As a result, Morning Express with Robin Meade will no longer appear on the HLN screen. What will Robin Meade do Now? Robin Meade is a former news correspondent of American nationality. The Ohio native worked as the…

Julie Chrisley and Todd Chrisley appear to be in a lot of trouble after getting sentenced for bank fraud and tax evasion. The reality television couple best known for their USA Network series Chrisley Knows Best was deemed guilty of federal charges in June. They were accused of years of fraud, tax evasion, and conspiracy to defraud… 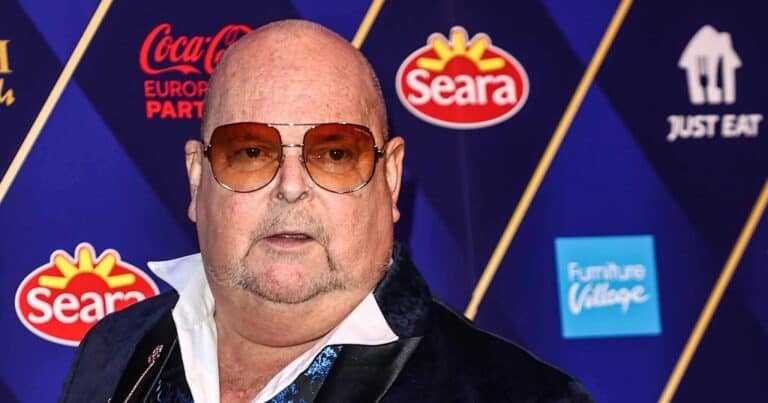 James Whale illness has raised concern among his fans and well-wishers. Learn in detail about the media personality’s latest health update. James Whale is a famed English TV presenter, radio personality, podcast host, and author. Currently, James hosts his podcast, The James Whale Show, and a night-time radio show on TalkTV and talkRADIO. He first rose…

Jonnie Irwin Lung Cancer news has worried his fans worldwide. Learn about his whereabouts and latest health updates. Jonathan James Irwin, also known as Jonnie Irwin, is an English television presenter best known for presenting the home improvement show A Place in the Sun. He also presented episodes of the BBC property shows Escape to the Country and To…

Werner and Jacob Cross are the kids of Vannessa Cross. She had her sons with her former husband, who is no more. The television personality rose to fame with TLC’s 1000-Lb. Best Friends. The show aired on February 7, 2022, and showed four best friends “battle morbid obesity through hard work, heart, and humor.” It…