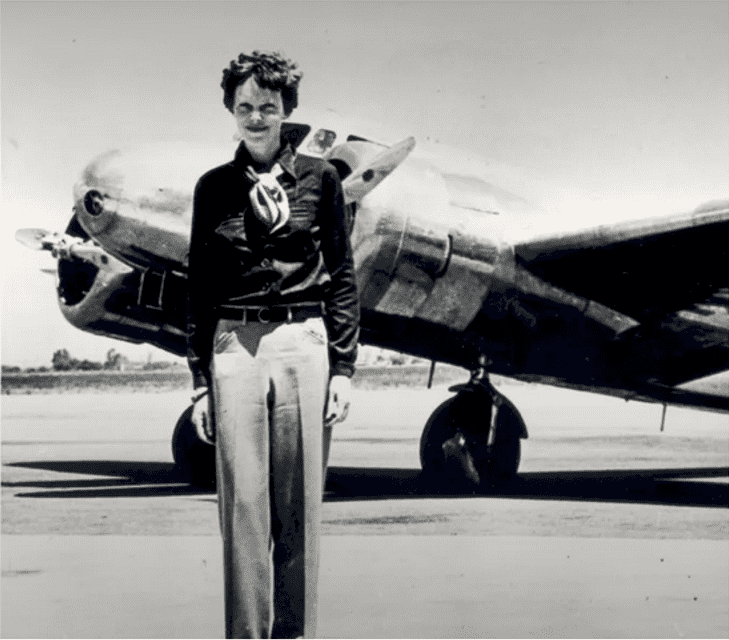 One of the biggest problems with the Internet is about to arise. Was Amelia Earhart’s airplane discovered? Where did she vanish? Stay with us till the truth is revealed.

Earhart was the first woman to fly solo across the Atlantic. Likewise, she was the first to make a solo flight from the U.S. mainland to Hawaii.

So, where did the brave woman suddenly disappear in July 1937? Earhart’s vanish remains one of aviation’s most significant unsolved cases. Let’s find out the reason for her disappearance.

You May Also Like: Deven Lane- Illinois Student Found Dead, What Happened To Him? Was he Killed?

Where Was Amelia Earhart Plane Found?

American aviator Amelia Earhart disappeared in an unknown location over the Pacific in July 1937. Officially, she was declared lost at sea as her plane wreckage was never to be found.

The lady pilot, born on July 1897, was one of the first aviators from Kansas.

Many search explorations were conducted to find the wreckage of Amelia Earhart’s plane.

Likewise, the International Group for Historic Aircraft Recovery (Tighar) has been heavily involved in searching for Earhart’s aircraft at Nikumaroro. Tighar is a non-profit organization that aims to preserve air crafts and aviation archaeology.

Yes, many wild theories were created by a few fascinations that she was an American spy and the Japanese (during World War II) captured her at sea.

The theory suggested that Earhart pretended to be a New Jersey housewife to fake her identity. However, this theory just feels like any other hoax about her disappearance.

But those who believe in the crash suggest a navigation line at Nikumaroro, where the crash occurred.

More Like This: Ben Riches Death: 30-year-Old Army Veteran Was Found Hanging At His Home

What Happened To The Amelia Earhart?

Female aviator Earhart departed Lae for Howland Island with another crew member Noonan. They stopped on July 2nd, 1937, to refuel. She had not been seen since this point.

However, the actual cause of her disappearance is unknown as of this writing. Hence, many urban legend theory debunkers relied on their traditional method of involvement of UFOs, aliens, and paranormal occurrences like time travel.

But a likely reason could be the bad weather and storms. The sudden occurrence of storms during flight at sea is very normal. Maybe, Earhart could have caught on to one of such storms.

Amelia was very experienced in flights, with many successful solo flight records in her name. However, her sudden disappearance made it one of the greatest mysteries in aviation.

American aviator Amelia Earhart set many flying records. She championed the advancement of women in aviation. Furthermore, she was the first woman to fly above 14 Thousand feet.

Although she vanished years ago, the flying woman inspires millions worldwide.

Canada-born American entrepreneur, chairman, activist investor, founder, and former CEO of Chewy, Ryan Cohen, has a net worth of $1.9 billion. Ryan is well known as the founder of Chewy. Chewy is an e-commerce pet store based in Dania Beach, Florida. He started the company with his friend Michael Day at the age of 25…

The jolly director most commonly known for his works on the “Iron Man” franchise and “Star Wars” sequels, Jonathan Kolia Favreau, i.e., John Favreau Net Worth is $100 Million!  Originally from Queens, Jon came into the industry around 30 years back, and since then, he’s worked ever so truthfully to become one of the most appreciated…

One of the most talented rappers in the world Jayceon Terrell Taylor, better known by his stage name The Game’s net worth is a massive $20 million. The Game is a well-known American rapper, producer, and actor who has carved out a niche in the music industry. The rapper is best known as a West Coast…

American singer and actress Jewel’s net worth is $14 million. She is well-known for her first album, Pieces of You, which sold more than 15 million copies worldwide. Jewel wrote her first song when she was only 21 years of age. Likewise, she has released a total of 12 studio albums to date and sold…

The net worth of Post Malone, a renowned American rapper, musician, songwriter, and record producer, is $30 million as of , . Importantly, he is also known for his genre-bending music, which includes elements from a range of genres, including hip hop, pop, country, and rock. Apparently, He rose to fame after his debut track,…

One of the best golfers and masters of swinging, Dustin Johnson’s net worth is estimated to be $50 million.  Dustin Johnson is an American professional golf player who plays on the PGA Tour. Johnson already claimed his number one spot in the Official World Golf Rankings in 2017 with his performance at the St. Jude…