Are Damien Harris and Kevin Harris related? No, they don’t have blood relations. Instead, the two footballers are now teammates.

Both Damien Harris and Kevin Harris are talented football players. The New England Patriots selected Damien Harris in the 2019 NFL Draft. Since then, the University of Alabama graduate has played for the team as a running back.

Likewise, Kevin Harris also plays as the Football running back for the Patriots. The team drafted the South Carolina graduate in the 2022 NFL Draft in the sixth round, 183rd overall.

People often ask if the players are related, given their same family name and shared love for sports. So, are Damien Harris and Kevin Harris related? Find it out below!

Damien Harris is not related to Kevin Harris. However, they are now teammates. They became teammates after Kevin Harris’ draft in August of this year.

As a result, Kevin Harris became the second Harris in the New England Patriots running back room, joining feature back Damien Harris. People might also wonder if the two footballers are brothers, looking at their same last name.

Apart from their shared professional career, the two footballers don’t have any blood relation. While Damien was born in Richmond, Kentucky, Kevin was born in Hinesville, Georgia.

Damien Harris was born on 11 February 1997 to his mother, Lynn Harris, and his father, whose name is unknown.

The 25-year-old footballer thanks his mom for his success. In an interview with BamaOnLine, he disclosed that his mom taught him that whatever he wished and put his mind to, he could achieve it.

Growing up, they didn’t have the best situation, but Lynn always found a way to provide the best for Demien.

The Kentucky native further added, “so, just from all the lessons I’ve learned from her — I could stand up here and talk about it all day. But she’s helped me be who I am; I obviously would not be here today without her.”

Furthermore, the Patriots running back Damien has been dating a beautiful lady, Kayla McCarthy. Damien Harris’ girlfriend holds a degree in finance and business law from Boston University.

Although the pair have not officially confirmed their union, Kayla often motivates her beau through social media posts and stories.

On the other hand, Kevin Harris was welcomed by his parents on 17 November 2000. There is not much known about his dad and mom. Regardless, it is safe to assume that they have been the backbone of Kevin’s career.

Growing up in Hinesville, Georgia, Kevin went to Bradwell Institute and was named the Georgia Region 2-6A Player of the Year.

As for his love life, Kevin doesn’t seem to be dating anyone currently.

Moreover, Kevin Harris agreed to one year contract worth $705,000 with the New England Patriots. His total career earnings are $769,023.

As both players are in the early stage of their careers, their net worth will undoubtedly increase significantly in the upcoming days.

Is Alvaro Morata Christian? Lvaro Borja Morata Martn is a Spanish striker who competes for the Spanish national team and La Liga club Atlético Madrid. He started his career at Real Madrid, making his senior squad debut in late 2010. 1q1q2He went to Juventus for €20 million in 2014 after winning the 2013–14 UEFA Champions…

Amari Cooper, an American football wide receiver for the Cleveland Browns of the National Football League (NFL), is blessed with 4 sisters instead of a brother.  The Oakland Raiders selected Cooper in the first round with the fourth overall pick in the 2015 NFL Draft. Cooper was traded to the Cleveland Browns for a fifth-round…

Bukayo Saka Religion became the subject of discussion among her fans. The public is eager to know whether the England and Arsenal midfielder is Christian or Muslim. For Arsenal in the Premier League, the English football player wears the number 7 jersey as a winger or midfielder. He has 111 game appearances and 21 league…

Is Abedi Pele related to Pele? As both have the same last name, Pele people are curious about their relationship. Abedi Ayew Pele is a Ghanaian professional football player, commonly known by his professional Abedi Pele.  He played as an attacking midfielder. He served as captain of the Ghana national football team.   Abedi Pele was… 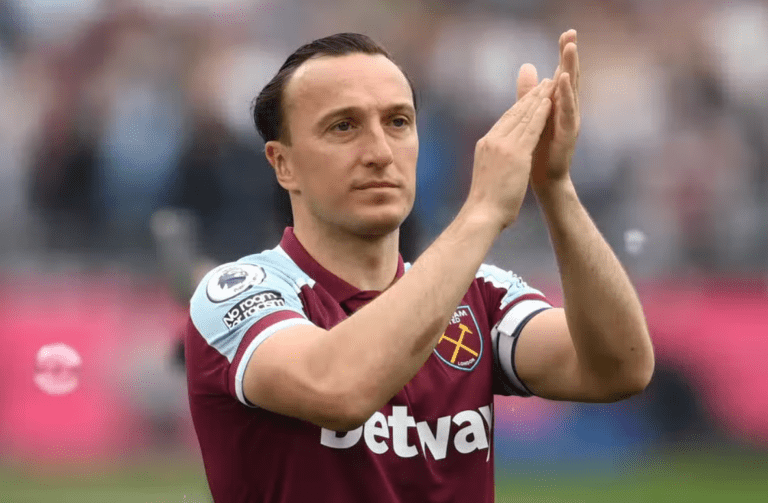 Mark Noble is an English former professional footballer, and people are asking Why Did Mark Noble Resign?  Mark was a center midfielder known for his eighteen-year tenure with the English team West Ham United. He played all of his first-team football for the Hammers, except two brief loan stints at Hull City and Ipswich Town…