August Alsina has been sick and battling the autoimmune liver disease for a long time. Get his latest health update as of February 2023.

August Alsina is an American rapper and singer from New Orleans, Louisiana.

Alsina generally makes the music of the R&B genre, often fusing it with hip-hop. His biggest musical influences are Lyfe Jennings, Chris Brown, and Usher.

He gained mainstream fame with the Platinum-selling songs I Luv This S-t, featuring Trinidad James, &  No Love, featuring Nicki Minaj, after releasing his debut studio album, Testimony, in 2014.

Some of his biggest hits include I Luv This S–t, No Love, Song Cry, Kissin’ on My Tattoos, Benediction, and Downtown.

In 2017, August Alsina shared that he suffers from a severe autoimmune disease that attacks his liver. The genetic condition has led to several incidents, including a collapse on stage in 2014.

He revealed his illness in a 2017 episode of Red Table Talk with Jada Pinkett Smith, with whom he was controversially “entangled.”

Related Article: August Alsina Comes Out Of Closet – Is He In A Relationship? Dating History

He clarified that his family has a history of autoimmune disease. The singer of Song Cry said in the video: “My dad’s mother and sister revealed that sickness and disease run in my family after we sat down and spoke. Both my grandfather and father passed away from serious illnesses.”

He offered additional health updates on July 8, 2019. The rapper explained why he was hospitalized in a video he released on Instagram, saying it was due to a loss of movement.

“We’re doing a bunch of tests, & they’re saying I have some nerve damage going on throughout my body,” he said.

Genetic liver conditions include alpha-1 antitrypsin (AAT) deficiency, hemochromatosis, and Wilson disease. One suffers from these due to insufficient AAT protein, excessive iron, or a build-up of copper, respectively.

These diseases can cause several complications not only in the liver but also in other organs. The symptoms can include fatigue, abdominal pain, joint pain, loss of libido, fibrosis, and cirrhosis.

His ailing health might be why on September 20, 2021, Alsina announced that his latest project would likely be his “last,” hinting that he was retiring.

Sheila Alsina and August Alsina Sr. were the parents of August Anthony Alsina Jr., born in New Orleans, Louisiana. Born on September 3, 1992, he is 30, and his zodiac sign is Virgo.

He attended middle school in New Orleans. He came from a non-musical family but got inspired to sing by Lauryn Hill in Sister Act 2.

At 14, the gifted rapper started posting videos to YouTube, starting with a cover of Lyfe Jennings’ Hypothetically.

With his dad and stepdad struggling with crack cocaine addiction, his mother moved him to Houston, Texas, looking for a fresh start after Hurricane Katrina in 2005.

After his father passed away, he fell out with his mother at some point & was “kicked out.”

Alsina went to Atlanta in 2011 due to his increased dedication to music following the shooting death of his older brother, Melvin La’Branch III, on August 31, 2010.

August Alsina is an American national of African-American, some Cuban, and other ethnicities, per Ethnicelebs.

What is Apekz real name? Get to know about Apekz, a topic to discuss via this article. Apekz is a rapper, songwriter, and Battle Emcee from Valenzuela, a city in the Philippines.  As people from the Philippines have their language, he often releases songs in his mother tongue.  So, many people have yet to learn… 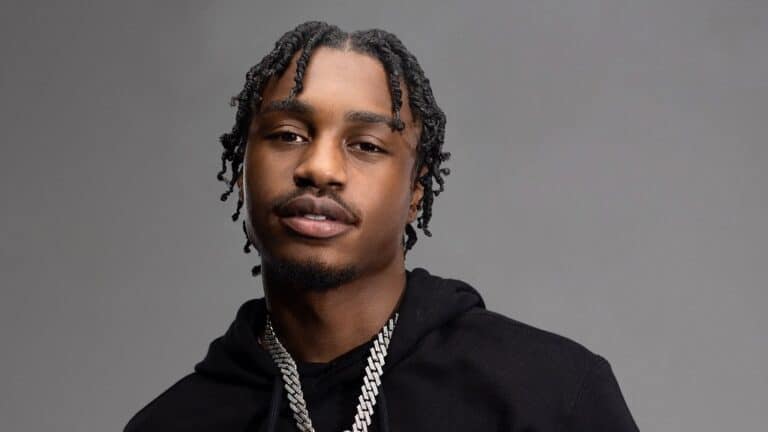 Lil Tjay Kids has been a topic of discussion among his fanbase, as many are curious to know more about his lifestyle. Tione Jayden Merritt, better known as Lil Tjay, is a rapper and singer-songwriter from the United States. He gained notoriety in 2017 with the release of his breakthrough single “Brothers,” which led to…

The American rapper or former Three 6 Mafia member Gansta Boo, 43, was found dead in her House in Memphis on New Year’s Day. What caused her death? Lola Chantrelle Mitchell is professionally known by her stage name Gangsta Boo. The American rapper was known for being the second female member of the hip-hop group…

Is Lil Zay Osama in jail? Zay Osama’s arrest has been a topic of discussion for a long time. Isaiah Dukes, known as Lil Zazy Osama, is a rapper; he published the “Fuck My Cousin, Pt. II” single in 2022. Dukes has been arrested more than two times; he recently was arrested for a weapon…