Aurelio Manzano Pareja actual is a much-searched topic online. Who is he dating, and does he have any kids?

He is also a correspondent of Primer Impacto, Univision (USA), and a collaborator at Theluxonomist/CMM TV.

Regarding his private life, Aurelio Manzano is highly secretive. He tries to be as careful as possible and does not let the public know about his partner or love life.

However, as a Journalist, Aurelio gets a lot of attention for the relationships and affairs of others.

He was recently on the news for his spat with Alba Carrillo during their appearance on Fiesta.

The alleged love affair between Alba Carrillo and Jorge Pérez was the show’s central theme on Saturday, December 3.

Alba was present on set to clarify all the possible doubts, although she ended up exploding against the accusations of Aurelio.

Emma García first interviewed Alba, who then had to face questions from the collaborators. Aurelio blamed her for initially lying to try to protect Jorge.

During the advertisement break, Aurelio accused Alba of having leaked everything that had happened with Jorge Pérez. Some words did not sit well with Alba and caused her to rage against the Journalist.

A tense moment was broadcast live since the two had not realized they had returned from advertising. Emma had to separate the two collaborators so the tension would not go further.

“You just said I have told everybody. Bring here the person who said it. I am not going to be the new Ana María Aldón,” Alba shouted at Aurelio.

Aurelio Manzano Cisneros is a Journalist born in Caracas, Venezuela, with Spanish nationality.

The Venezuelan-born man now lives in Madrid, Spain. He obtained Spanish citizenship many years ago.

Aurelio Manzano Net Worth In 2023

There is no mention of Aurelio Manzano’s net worth online. However, given his versatile and long career as a Journalist, we believe him to be doing financially well.

The vocational Journalist is best known for his participation in different television spaces.

He also takes a seat in different sets where they have him comment on the issues of the social chronicle. Aurelio’s debut on the small screen came with his participation in Tómbola on Canal Nou in 2003.

The Journalist also became a regular contributor to Unicorn Content formats like Ya son las ocho, Ya es verano, or Fiesta.

Furthermore, he has been a regular face of morning shows on regional television in Spain (Estar contigo of Castilla-La Mancha Media).

Aurelio has also served as a correspondent for Spanish-speaking networks in the U.S. like Univision (El gordo y la flaca and Primer Impacto) and Telemundo NBC (Un nuevo día).

Aurelio defines himself as always intending to inform viewers about what happens daily, tell them stories, and travel around the world, with a particular liking for sea destinations.

Where is Ana Cabrera going? Is she departing from CNN to take a position at MSNBC? Cabrera is a Journalist who started working as a host on CNN 1 pm show in 2013, but there have been questions about the host leaving the show.  People are curious to know if the Journalist will leave the… 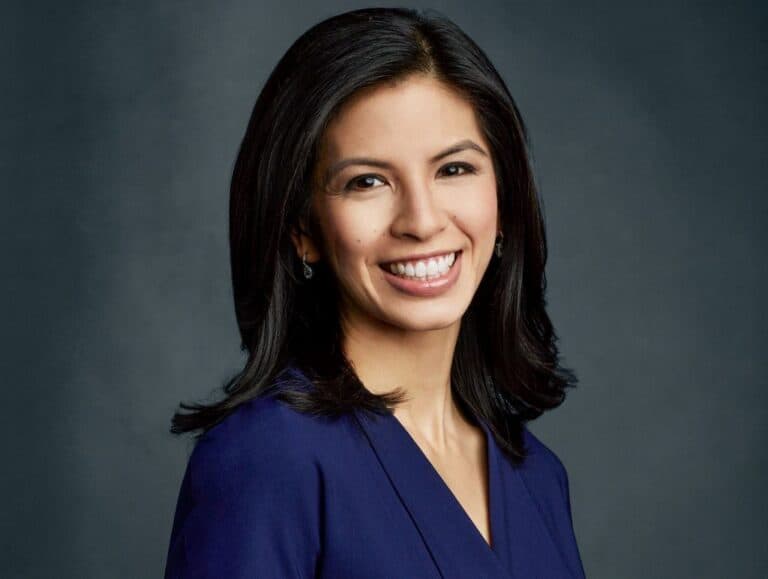 Ylan Mui was born to parents Bong Q and DanTam. Both of her parents are of Vietnamese descent. Here’s a look at her husband Adam McClintock and kids. Mui is a well-known Journalist covering the economy and personal finance for CNN Business.  Before joining CNN, she worked as a correspondent for The Washington Post, covering…