Bernie Sanders, who is a United States Senator and a renowned politician, has an estimated Net Worth of $2.5 million.

He is most notable for his presidential candidacy in 2020 and earlier in 2016.

Similarly, he is also popular for serving 16 years in the House of Representatives that made him the longest-serving independent in U.S congressional history.

Sanders identifies himself as a democratic socialist. Being a supporter of social democratic and progressive policies, he is vocal in his opposition to economic inequality and neoliberalism.

He is very vocal about the opposition and reform of antiquated American politics. Many of Sanders’ voters see him as the answer to the broken and deranged United States’ democratic system.

He also received more independent donations than any of the participating candidates in both the 2016 and 2020 presidential campaigns.

The answer to the question, “How did Bernie Sanders get so rich?” boils down to book deals and his salary as a United States Senator.

His maximum amount of the wealth came from royalties from his three popular books between 2016 to 2018. ‘

It is unsure to predict the actual income from the books as there is no hard evidence or data suggesting the exact numbers.

Although referencing the tax returns, the estimation sets the number to be around $850,000 in 2016. And in the form of direct royalties in the year 2017.

Book royalties in the year 2018 set the estimation of $400,000 as per CNBC. The total estimation is upward of $2 million from his book sales and royalties.

Also being the United States Senator comes with perks of its own. A US Senator receives $176,000 annually. Senators also receive up to 80% of the aforementioned amount on their retirement.

Bernie Sanders seems to be doing pretty well as compared to the rest of the population.

Although, as compared to some of his fellow affluent congressmen he sits at quite the bottom not even making it to the top 100 wealthiest lawmakers.

Some of them reportedly have a wealth upward of $100 million.

His main source of earning is believed to be royalties from book sales and his primary assets are the three homes he and his wife Jane share.

Sanders has three houses secured in his real-estate portfolio. He and his wife, Jane Sanders own three houses: a four-bedroom, two-and-a-half-bathroom house in Burlington. They bought this house for $405,000 in 2009.

In addition to that, they also own a vacation home in the north of Burlington. They paid $575,000 for the home in cash, right after the end of his 2016 campaign.

Although having a millionaire status, Sanders isn’t the person to splurge in automotive.

He used to drive a modest and rather old Volkswagen Dasher during his tenure as Mayor of Burlington in the 1980s.

He later upgraded to Honda Civic after securing a win in the U.S Senate Election.

Sanders rather supports the Green New Deal that invites and encourages investments in the sector of electric vehicles on their research and developments.

He has also been reported to have owned a red 2010 Chevrolet Aveo and a green Subaru Forester.

Sanders prefers to live a simplistic life and that can be observed reflected in his watch choices. His preferred choice of watch is a Citizen Eco-Drive Riva with a blue dial.

This particular watch is inexpensive and Amazon sells it for under $300 which is completely contrasted to other fellows campaigning as they can be spotted sporting watches like; Rolex, Patek Philip, Vacheron, etc.

Bernie Sanders is known for his charitable actions. He donated 2.26 percent of his decade of tax returns, in millions, to charity in 2019.

Sanders also help raise $1.8 million for charity with the sales of merchandise of his famous inauguration day meme.

The photo of him wearing a mask and mittens went popular over the internet. The Senator’s team sold sweatshirts and T-shirts of the famous picture in January 2021.

Bernie Sanders has published various books among which popularity rose among the three best-selling books from the year 2016 to 2018.

The books; Our Revolution: A Future to Believe In, Bernie Sanders Guide to Political Revolution, and Where We Go From Here: Two Years in the Resistance have also made Sanders about $850,000 in both 2016 and 2017 in the form of royalties.

He has also co-authored many books and provided forewords for various writers.

His investments mainly include real-estates his wife and himself, several mutual funds, insurance policies and annuities, investment in the stock market, government bonds any many more.

Bernie Sanders was born in a Jewish middle-class family on September 8, 1941, to Elias Ben Sanders and Dorothy Sanders.

He was very much interested in politics from the very early years of his life.

He understood that politics was very important after hearing how Adolf Hitler winning the election also resulted in the deaths of 50 million people including six million Jews.

This incident had a deep impact on Sanders’ burgeoning mind.

Bernie Sanders first started his career not in the political field but as a filmmaker. He also worked as a freelance writer.

He began his political career as a member of the Liberty Union Party in 1971 and was elected the Mayor of Burlington, Vermont in 1981 with only twelve votes.

Sanders also won a seat in the U.S. House of Representatives in 1990. Thereafter, he co-founded the Congressional Progressive Caucus.

Bernie Sanders announced the presidential nomination for the Democratic Party in 2015.

He also remains the only presidential candidate to be invited to Vatican City to speak on the matter of environmental, economic, and moral issues at the time.

Sanders campaigned to run for the Presidency in 2016 where he was the runner-up and just behind Hillary Clinton.

He also ran for Presidency in 2020, where his formal announcement took place in the year 2019. Sanders was also successful in raising $6 million in the first twenty-four hours.

He also raised over a mammoth $10 million in the first week of his campaign.

He canceled his campaign after series of losses to his competitor Joe Biden (current president of the United States) in the April of 2020.

Bernie Sanders is most notable for his activism in the field of Labor rights, paid parental leave, universal healthcare, and many more.

Sanders has also received an honors degree in Doctor of Humane Letters from Brooklyn College on 30th May 2017.

Sanders was not a good student in his college days.

He was inspired by Adolf Hitler to join politics.

He was notably a great athlete and a track captain in his high school.

Who was Bernie’s first wife?

Sanders’ first marriage was to his wife of the time, Deborah Shilling. They later got married in 1964 but they got divorced 2 years later in the year 1966. The marriage yielded no children.

What nationality is Bernie?

Sanders is an American who was born in Brooklyn, New York City on September 8, 1941. Although his father Elias Ben Yehuda Sanders was born in Slopnice, Galicia in Austria-Hungary.

What was Bernie’s campaign?

Sanders’ campaign prioritizes himself as the voice of middle and working-class people. His campaign is also fighting for Women’s Rights, LGBTQ Rights, and Lower Prescription Drug Prices. 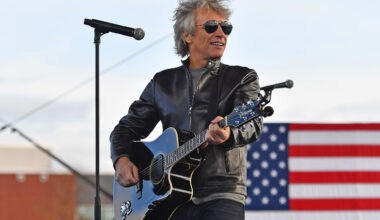