Met Gala has been one of the biggest annual events in fashion for the sort of no-holds-barred glamour and visionary that is otherwise remained for photoshoots.

Arguably, Met has remained the only known celebrated fancy Gala ever since its first Fashion Plate theme event in 1971.

Besides, for a specific group of red-carpet regulars, Met Gala is less touching on a signature look but serves as an opportunity to walk the line between dramatic and whimsical.

Talking about the dress and look of Met Gala, from Dakota Johnson to Gisele Bündchen’s steamy bronze glow, look and apparel at Met have still managed to sweep the Instagram set.

Dakota grabbed all the attention at 2015’s China: Through the Looking Glass fete with her long ingenue ponytail​ chopped to a springy chin length.

Similarly, Gisele, with her steamy bronze glow summer makeup and elevating bombshell nudes, made everyone shocked in 1999.

Hence, the Metropolitan Museum of Art grabbed several headlines and is the site of iconic beauty transformations sure to spark trends.

To evaluate among the best, it is always better to look back on the past Met Gala dresses. These dresses are still iconic even years later.

In the meantime, we came up with the top seventeen most iconic Met Gala dress ever. So stay loose and lie back to peruse the show-stopping Met Gala dress.

Christy showed up to the 1992 Met Gala event in full Audrey Hepburn cosplay.

The beautiful model wore her own take in the iconic floor-length fitted gown, pearl choker, and bouffant updo.

Likewise, Christy channeled the theme, Fashion and History: A Dialogue,  of the Met Gala’s 1992 edition.

She stepped onto the red carpet wearing a pearl choker and swept up curls into a retro knot.

Bella attended the 2018 Met Gala event in a black gown with a gold cross necklace and sheer train.

She arrived glowing, highlighted, and lightly bronzed as if sent from heaven.

The supermodel had a divine look with a subtle cat-eye and a golden-pink lip.

One of the true dress chameleon celebs in Hollywood has to be the famous beauty queen Kim Kardashian West.

Kim showed up in a strategically beaded white Roberto Cavalli gown at the 2015 Met Gala.

Also, Kim can pull off basically any style and color.

Likewise, she sported a slicked pony in a white feathered ensemble matching the theme, China: Through the Looking Glass.

Another best Met Gala dress that keeps on our list is Lucy Liu’s royal purple gown.

The 2007 theme, Poiret: King of Fashion, invited mostly regal looks. So, she appeared in a golden crown with lightly dusted purple eyeshadow and rosy lipstick.

Likewise, the actress delivered a modern-day fairytale princess look which was truly a work of art.

Iman’s unique bronze goddess look from head to toe changed the entire persona of the modern gown concept for women.

The model arrived with slicked-back curls, glossy lips, and a chic smokey eye.

The light radiation from her dress was just as modern on the iconic model in 1981 as it does to this day.

She wore her signature hat, which was bedazzled for the special occasion.

Cardi B is the best example of true beauty. The famous music star looked polished with a regal pregnancy moment.

Similarly, Cardi wore a Jeremy Scott gown at the 2018 Met Gala. Also, her body was clad in flashy decorated Moschino.

Bianca Jagger lands high on our best Met Gala dress list. She was known for her edgier looks in the early 80s.

Likewise, beautiful Bianca ascended the steps at the event with her brunette waves held into vintage curls.

Besides, the theme was set as The Eighteenth-Century Woman.

Beautiful Twigs stepped outside her comfort zone at the 2015 Met Gala ceremony.

She showed up in a patchwork dress at the event.

Likewise, she went for a top architectural knot which was the real showstopper.

One of the bold and mesmerizing actresses in Hollywood has to be Tessa Thompson.

The hot star-inspired awe with her jet-black talons and crimson smoky eye. Similarly, her sculptural cowboy hat made fans try out similar looks.

Her hat was crafted from intricate braids, which were accented by a plaited updo on-trend touch.

Worldwide fans are sure that their Heralded Queen of Camp, Lady Gaga, could rarely wrong their eyes.

Well, they’re not wrong. Gaga killed it in a 25-foot magenta train at the 2019 Met Gala ceremony.

Also, she didn’t disappoint when she stepped onto the red carpet with glided lashes set.

Dakota appeared in the checkerboard Chanel Haute Couture minidress at the 2015 Gala event.

Her shimmering Chanel frock created this cool vibe and attracted many eyes.

Jennifer Lopez is known for her unique tryouts.

Likewise, she had her fans amazed with a crystalline Versace gown at the 2019 Gala event.

She almost looked like a futuristic ice queen with her nude, glossy lip and metallic purple eye.

Yet another American beauty goddess on our best Met Gala dress list is Beyoncé. She is known for her attractive charisma, and fans love her unique dress style.

Beyoncé attended the 2014 Met in a Givenchy beaded frock.

Also, she shocked everyone with a studded face veil and Bordeaux pout.

Hence, she is famous for having a goddess-style look to this day.

Supermodel and actress, Zendaya have a super crazy fanbase for playing Spider Man’s love interest MJ in the MCU.

More so, the talented, young celeb is famous for her charming aura and fashion sense.

Zendaya’s Dolce & Gabbana Alta Moda ball gown at the 2017 Gala ceremony paved the road for women of color to shine against what red-carpet dress looked like.

Moreover, Zendaya brought the heat with a coral lip and voluminous auburn hair.

Gorgeous Rihanna is known for her bold yet delightful looks.

She appeared in a mesmerizing Guo Pei gown at the 2015 Met event.

Her pairing of the showstopper with horizontal brows set was perfect for co-hosting the ceremony.

Supermodel Gigi Hadid is no stranger to the red carpet. In fact, her cool and unique fashion sense, including her hair and makeup, changes the way of dressing people around the globe.

So, Hadid definitely lands on the first spot on our best Met Gala dress list.

Similarly, she went for a crystal-embellished Prada logo barrette with a powder blue smoky eyes set. Also, her classic cat-eye flicks added the charm even more. 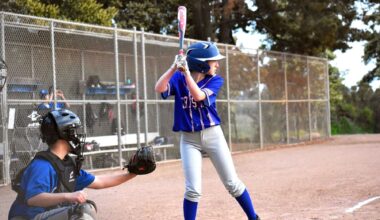 Read More
Baseball a few years back was a male-dominated stereotypical sport. In contrast, today, it has somersaulted, resulting in…
TTop List
Richest DJs in the World!!! If you think that DJs make less money than pop stars and movie…