American rapper, actor, and television presenter Bow Wow has a net worth of $1.5 million.

He released his debut album at a young age of 13 under the name ‘Lil’ Bow Wow.’

The young rap prodigy developed an interest in hip-hop music at an early age.

As a result, he went on to release his first album at the age of 13.

Despite having a stellar start to his career, the rapper has struggled to keep his finances on track.

In particular, the rapper wasted a significant amount of wealth on petty purchases and settling lawsuits.

Let’s have a quick look at Bow Wow facts:

Bow Wow: Net Worth and Income

The American rapper has a net worth of $1.5 million.

Net Worth of Bow Wow in Different Currencies

Let’s find out Bow Wow’s net worth in different major currencies of the world.

The Columbus-born rapper resides in his grand mansion located in Atlanta, Georgia.

He lives with his mother and fiancé in an 8-bedroom house.

Since then, he has added several cars to his collection.

The first car that the rapper owns is Ferrari California which costs  $328,100.

As for the second car, Wow rides Lamborghini Gallardo Spyder worth $209,500.

The famous rapper is conscious of his health and fitness. For this reason, he works out for 1.5 hours every day.

He prefers albumen (white part of the egg) and discards yolk.

Meanwhile, he is afraid of heights.

Outside the US, he likes to live in Cape Town, South Africa.

Similarly, he supports causes like Health, Education, Children, and Animals and donation a proportion of money for the noble cause.

The rap prodigy entered the music scene with his debut album ‘Beware of Dog.’

It was certified double platinum in March 2001.

The 2000 released album proved to be a massive hit as the record sales exceeded 3 million copies by 2009.

‘Beware of Dog‘ contained hits such as ‘Bounce With Me‘ and ‘Ghetto Girls.’

The album sales earned the rapper more than $2.7 million.

Though the album received mixed reviews from critics, it became commercially successful, selling 320,000 copies in its first week of release.

Bow Wow earned $1.1 million from the record sales of the album.

The young rapper released his next album entitled ‘Unleased‘ on August 19, 2003, via Columbia Records.

It was the first album where he dropped the ‘Lil’ from his stage name.

Despite receiving mixed reviews from critics, it gained commercial success.

It received a gold certification and ranked number three on the US Billboard 200 chart, selling 120,000 copies in its first week.

The rap artist came up with his fourth album, ‘Wanted‘ on July 12, 2005. The album featured Snoop Dogg in a guest appearance.

Album: The Price of Fame

‘The Price of Fame‘ was the fifth gold-certified studio album from the American rapper Bow Wow.

Not only was the album a commercial success, but it also received positive feedback from critics.

‘New Jack City II‘ is the sixth and latest album from the rapper Bow Wow.

It was released on March 31, 2009, through LBW Entertainment and Columbia Records.

The album became the first album from the rapper with a parental advisory label due to its adult content.

As a result, it became the rapper’s least successful in terms of album sales.

In addition to his rap career, Bow Wow has acted in a variety of roles throughout his career. To date, he has acted in 12 movies.

The rapper-turned-actor started his journey on the big screen with the movie Carmen: A Hip Hopera in 2001.

Next year he featured in a cameo role in the movie ‘All About The Benjamins.’

Likewise, he played a lead role in the movie ‘Like Mike‘ the same year. In the movie, he starred as a young orphan playing in the NBA.

In 2006, he appeared as supporting role in the star-packed movie ‘The Fast and the Furious: Tokyo Drift.’

Moreover, he starred in a 2010 comedy film, Lottery Ticket, from which he bagged $1 million.

Lately, he appeared in the movie Fast & Furious 9.

Beyond movies, Shad Gregory Moss, aka Bow Wow, began his career in television with the sitcom ‘The Steve Harvey Show’ in 2001.

In addition to this, he appeared on Brandy’s TV sitcom, Moesha and Brother Garcia.

He also has acted in various television shows, such as “Smallville,” Ugly Betty, and “Entourage.”

Besides, he starred in a CSI spinoff titled CSI: Cyber.

He has been playing himself in the reality tv show ‘Growing Up Hip Hop: Atlanta.’

Bow Wow featured in the 2011 documentary titled ‘Who is Shad Moss?’

Moreover, in August 2020, rapper Romeo Miller announced that a documentary about himself and Bow Wow is in progress.

He further stated that it would document the historic young careers of two fellow rappers.

Apart from music and acting, Wow earns from endorsement deals.

He was the brand ambassador of Asphalt Yacht Club, a leading online store for men’s fashion and streetwear.

However, Bow Wow has failed to get endorsement deals recently as he has largely lost his stardom.

Born to a hairdresser, mother Shad Gregory Moss developed an interest in rap music at 3.

The young rapper’s family supported him through his choice of music as a career.

Consequently, he started writing rap songs at the age of 6 under “Kid Gangsta.” His early influences included groups like N.W.A.

During this time, he got the opportunity to perform on stage in Los Angeles, which became a turning point.

Moreover, Snoop helped to establish Wow’s career by introducing him to music maker Jermaine Dupri in 1998.

Later, Dupri not only became the young rapper’s mentor but also went on to produce some of his successful albums.

How many people has Bow Wow dated?

The rapper has been associated with numerous ladies. He has been linked to Ciara, Keyshia Cole, Erica Mena, Angela Simmons, Joie Chavis, Kiyomi Leslie, and Blac Chyna.

Why is Bow Wow not as rich as people think?

Bow Wow started earning from the age of 13 since releasing his first album.

Later, he started acting in movies and tv shows. However, Bow Wow is not rich because he has been sued many times and lost money.

NNet Worth
Damon Antony Dash, also known as Dame Dash, holds a net worth of $1 million as of ,…
NNet Worth 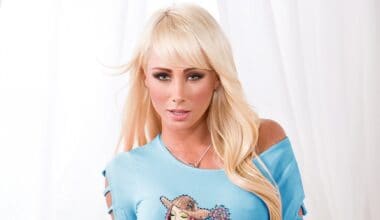