One of the talented quarterbacks in the NFL, Colin Kaepernick’s net worth is a whopping $20 million.

Kaepernick is an American football player and social activist who is wholeheartedly committed to philanthropic activities.

Kaepernick is also the first athlete in NCAA Division I FBS history to have accumulated 10,000 throwing yards and 4,000 running yards in a single season.

He has been a Western Athletic Conference (WAC) Offensive Player twice.

Similarly, Colins knelt during the national anthem before NFL games in 2016 to protest police brutality and racial inequality in the United States.

The iconic player was born on November 3, 1987, in the beautiful city of  Milwaukee.

He was a 4.0 GPA student at Turlock’s John H. Pitman High School.

However, he desired to concentrate on football and was awarded a scholarship at the University of Nevada.

His net worth includes earnings from the National Football League salary and Nike endorsements.

Moreover, Colin gets paid well for his biographical series titled Colin in Black & White. The series is about Colin’s high school years and is created by Ava Duvernay.

From 2011 until 2016, Colin Kaepernick played for the San Francisco 49ers as a quarterback.

As per the deal, the signing bonus was $12.32 million, and the average annual salary was $19 million.

After leaving the 49ers in 2017, he received a third of his record-breaking contract.

In the end, Kaepernick earned $39.4 million from the agreement, which was 31% of the $126 million he was supposed to receive.

Even though there were rumors that Kaepernick’s contract had $61 million in “guaranteed money,” many sources revealed that the $61 million was only guaranteed if Kaepernick suffered a career-ending injury.

Kaepernick was scheduled to make $12.4 million for the 2015 season. However, due to his contract, the figure was reduced to $10.4 million.

According to the deal, his compensation was reduced by $2 million each year.

Moreover, in 2018, Kaepernick revealed that he had signed a new contract with Nike that would pay him “millions per year” in addition to royalties.

He has purchased and sold a number of properties in Los Angeles.

But it’s nice that his trade constantly brings him a lot of money.

Colin Kaepernick paid $2.7 million for the 4,600-square-foot home in the Silver Creek community in 2014.

In addition, he acquired a lovely property in San Jose that he recently sold for $3.075 million.

He currently has a million-dollar apartment in Los Angeles.

Colin has a million-dollar car collection.

Colin has been Jaquar’s official spokesperson and owns a model himself worth $92,000.

Even though he has a variety of expensive automobiles in his multimillion-dollar garage, Colin has only revealed a few of his cars in public.

Jaguars, Maseratis, Mercedes-Benzes, and even Lamborghinis are among his favorite automobiles.

Arguably, the player possesses far more shoes than any athlete in history.

Colin Kaepernick has so many shoes that he had to convert his garage into a shoe closet to store them.

More than his automobile collection, he is obsessed with shoes. So, he spends more money on his shoes than he does on his car.

One of the most successful quarterbacks in the NFL, Colin Kaepernick’s net worth is a staggering $20 million.

The quarterback player lives his life in a style.

He has a big fan base all around the world, and he likes to flex his lifestyle on Instagram.

Colin also invests wisely in his well-being and standard of living. He is always spotted flaunting top-tier fashion brands.

The couple can often be spotted on a yacht vacating and beaches.

Some of their go-to vacation destinations include Paris, Mexico, Greece, and the beaches of Hawai.

Colin Kaepernick is well-known for his football career and his civil rights activism on behalf of the black and brown communities.

He’s the most visible athlete activist who has supported a lot of charitable causes and organization.

Currently, he is on the verge of making a $1 million commitment to dozens of charities.

Colin’s parents lost two young sons to heart disease before Colin was adopted by the Kaepernicks.

As a result, Colin sent a portion of his first Niners salary to a charitable organization named Camp Taylor.

Camp Taylor is a free medically supervised camp for children with heart conditions.

The player still contributes his time and money to several charitable organizations.

Read About 30 Richest NFL Players in the World

Colin is also a writer and producer best known for his role in Colin in Black & White.

He created and starred in the Netflix original series “Colin In Black & White,” a series based on Colin’s life as a biracial son of white adoptive parents.

Kaepernick has kept himself quite busy since leaving the NFL.

In February 2020, it was confirmed that Kaepernick was not only starting to work on a memoir but was also going to launch his own publishing company.

He has collaborated with multiple brands and launched his own shoes and apparel line.

Likewise, the activist also plans on launching a vegan eatery.

Colin has established a reputation for himself.

Multiple business ventures approach him to promote their products.

After all, the dashing hunk’s charm can entice a large number of customers.

He has appeared in numerous television commercials and advertisements for deodorants, grooming products, and cologne.

Similarly, he has endorsed Nike as the brand’s face.

Colin has also endorsed a range of vehicles, particularly Jaguars.

Kaepernick has also stepped in writing.

He has written a children’s book named I Color Myself Different.

The book is all about growing up as the adopted child of white parents.

Colin Kaepernick started playing football when he was just eight years old and also excelled in basketball and baseball.

He went to Turlock’s John H. Pitman High School and participated in all three sports for the local school teams.

Kaepernick signed for the MLB Draft in 2009 and was also selected as the 1310th player in the 43rd round by the Chicago Cubs.

However, he decided not to sign the contract and focused on his football career.

He was a member of the Wolfpacks College Football team at the University of Nevada in Reno.

Colin successfully established himself as a versatile quarterback who could play both the run and the passing game.

He was the 36th player drafted in the second round of the 2011 NFL Draft by the San Francisco 49ers.

Moreover, Colin Started the 2013 season with a record of twelve wins and four losses in the playoffs for his team.

Between multiple victories and defeats, Colin has established himself as a successful player with a sizable net worth.

Does Colin own a tortoise as a pet?

Why did Colin Kaepernick become vegan?

One of the most well-known football players in the United States, Colin, is vegan.

Colin went vegan for two reasons which are ethics and health. He also added that he felt much healthier eating plant-based diets.

Do Colin Kaepernick and his parents get along?

Colin admitted that there were times when he “didn’t feel comfortable having” talks with his white parents as a child.

He does, however, honor them and occasionally joins them at various family gatherings.

Read About 20 MBL Players of This Year

Top 20 MLB Players of This Year 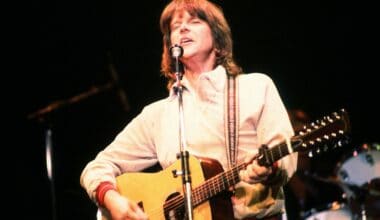