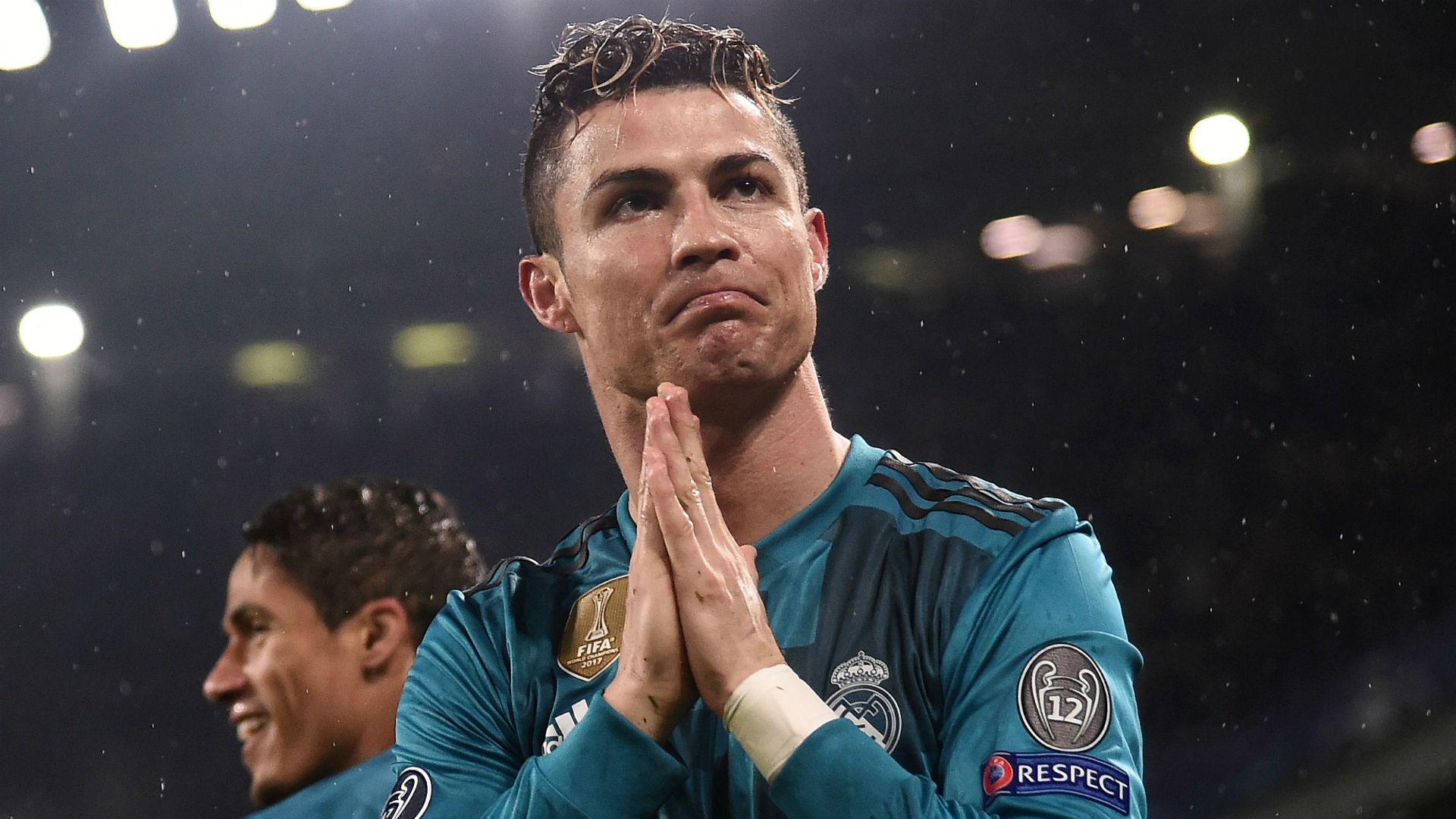 One of the highest-earning athletes and a football legend, Cristiano Ronaldo’s net worth is an astounding $500 million as of 2022.

Born in Madeira, Portugal, Cristiano Ronaldo is his parents’ fourth and youngest child. The Portuguese professional footballer started playing at a tender age.

Subsequently, only a few people in the world aren’t acquainted with Ronaldo’s name.

One of the most recognized soccer players in the world, Ronaldo has created a household name for himself in soccer because of his sheer dedication and hard work.

Ranked one of the highest-paid athletes by Forbes, Cristiano Ronaldo has played for teams like Real Madrid, Juventus, Sporting CP, and Manchester United.

Before diving into the details about Ronaldo’s Lifestyle, Income and Assets, let’s get to know one of the biggest names in the history of football better with a few quick facts.

Cristiano Ronaldo | Net Worth and Income

One of the highest-paid soccer players in the world, Cristiano Ronaldo’s net worth is a whopping $500 million as of 2022.

In between the year 2013 to 2014, Ronaldo earned $73 million combined from salaries, bonuses, and endorsements.

Among the most lucratively rewarded footballers globally, it should be noted, Ronaldo’s source of income ranges from football contracts, endorsement deals, and business investments.

Ronaldo had accumulated $109.40 million in 2019 and was ranked second in Forbes’s list of highest-paid athletes.

In 2021, Ronaldo was ranked third highest-paid athlete in the world with a total earnings of $120 million, out of which a massive $50 million was accumulated through off-field ventures.

Moreover, Cristiano earns about $480,000 every week in salary as per marca.com.

Before signing his contract with Manchester United, Ronaldo had signed a contract of $34 million a year at Juventus.

Evidently, the football contracts alone prove that Ronaldo is among the most lucratively rewarded football players globally.

Apart from football contracts and brand endorsements, Ronaldo is constantly adding up his money through his business ventures.

These include the CR7 brand of shoes, underwear, fragrance, jeans, and hotels. The brand alone is worth more than $100 million.

Besides his CR7 brand, the Portugal football star owns hair transplant clinics across Spain and Portugal, generating $115 million per year in revenue.

Of course, the income source of one of the biggest names in soccer history doesn’t stop here.

Again, Ronaldo has a massive presence in social media, so much so that a brand can suffer great consequential loss when negatively endorsed.

In fact he is the most followed celebrity on Instagram with more than 390 million followers.

Ronaldo charges $1.6 million to endorse a product on his social media.

Read About Pele Net Worth: Football Earnings and Career

Net Worth of Cristiano Ronaldo in Different Currencies

Let’s get to know the net worth of Ronaldo in currencies other than dollars such as the Euro, Pound Sterling, and even Bitcoin with the table below:

One of the richest soccer players of today’s date, Cristiano Ronaldo’s net worth is an astounding $500 million.

The amount of wealth Ronaldo acquires is more than enough for him to live a luxurious lifestyle.

In 2010, Cristiano bought a luxurious mansion in Madrid, Spain. The estate, which took four long years to complete, is worth $7.1 million.

However, Ronaldo has been living with his family in a Turin mansion in recent days.

Furthermore, adding up to his list of luxurious houses, Ronaldo owns a holiday villa nestled in a private country club worth $1.8 million.

The villa in Marbella on the Costa del Sol features an infinity pool, a built-in theatre, and LED driveways.

Apart from villas and mansions, Ronaldo owns the island.

The world-renowned football star Ronaldo is well known for being a motorhead due to his substantial car collection.

He owns numerous luxury and exotic cars worth at least $25 million. Here are a few of them:

The rich and luxurious lifestyle of one of the greatest soccer players in the world isn’t just reflected by his houses and cars.

As a matter of fact, Ronaldo also likes to sport elegant and bedazzling watches. Here is a list of watches that Ronaldo has been seen sporting.

Ronaldo has definitely not shied away from showing off his hard-earned life of luxury, investing his wealth in luxurious houses, cars, and watches.

In addition to the luxurious lifestyle that Ronaldo lives in, he owns his private plane, a 2008 G650 worth $65.42 million.

One of the greatest soccer players of all time Cristiano Ronaldo’s net worth is a massive $500 million.

Born and raised in a modest home in Madeira, the Portugal captain shared a small room with his brothers and sisters in his younger days.

Not to mention, with a colossal net worth of $500 million, it would be no surprise to see one of the richest athletes in the world, Ronaldo, live his best life.

Of course, the Portuguese football star has it all, from beautiful mansions to luxurious cars.

Currently, Ronaldo lives in his Turin mansion with his family enjoying amazing views of the city of Turin.

From driving the most luxurious car and cruising Europe in his private yacht, Ronaldo’s life is a dream only lucky ones are capable of living.

In addition to this, one of the most physically fit football stars in the world; Ronaldo is full of passion for fitness.

Ronaldo maintains his sleep schedule and follows a strict fitness regime, working out 3-4 hours a day, five days a week.

The world’s most popular athlete with more than half-billion followers on social media mostly likes to post about his games.

But you will quickly notice several posts of him enjoying quality time with his family in places worldwide.

Here is a list of places that Ronaldo has traveled to:

One of the biggest earners in football, Ronaldo doesn’t just earn money to spend on his luxury. It should be noted, the man has a heart of gold and is often seen doing charity works.

Also, in support of eradicating childhood hunger, obesity and supporting biodiversity, Ronaldo has spent a hefty chunk of his income.

For instance, the kind-hearted footballer donated  $83,000 to a 10-year-old fan needing brain surgery.

On the other hand, after his mother was treated in a cancer center, the football star contributed $165,000 to the cancer center in Portugal.

In 2016, after the final match of the Champions League, it was disclosed by media that the Manchester United man donated his $686,500 win bonus to a non-profit organization.

Indeed the biggest football legend in the world, Ronaldo, has appeared in several TV shows and movies.

Ronaldo was cast as an actor for a documentary film named “Ronaldo” (Watch the trailer here). The film features his life and career.

As of December 2022 Cristiano Ronaldo’s net worth is a staggering $500 million.

In addition to this, the Portuguese star earns a massive $45 million per year from brand endorsements. The collaboration includes brands like Herbalife, Armani, Clear Shampoo, Unilever, Nike, and many more.

A whopping 40% of Ronaldo’s income comes from his brand endorsements.

Nike’s sporting brand brings him a hefty sum of $20 million per year. Besides, the famous football star has signed a lifetime deal with Nike worth $1 billion.

Along with his brand endorsements, his business ventures bring in millions every year.

When Ronaldo was younger, he was greatly fascinated by football. The Portugal football star Cristiano Ronaldo debuted at a young age.

At 15, Ronaldo was diagnosed with a racing heart condition only to recover fully and promptly return to the field.

Setting records at a very young age, Ronaldo was just 16 years old when Manchester United signed him up for a massive $1.65 million in 2003.

Despite having a successful career at Manchester United, Ronaldo moved to Real Madrid.

In 2018, Ronaldo was signed up his football contract with Juventus, an Italian Club, for $115 million. Ronaldo shined at Juventus, winning national titles in England, Spain, and Italy.

The prolific football star is well known for his athleticism, talent, and speed when playing soccer.

Furthermore, scoring a spectacular array of goals, Ronaldo has worked on his physical and technical abilities to become the football legend he is now.

Additionally, showing great confidence and personality in every game, Ronaldo has never really looked back and, to this date, continues to be a spectacular soccer player without a doubt.

Furthermore, Ronaldo joined Man Utd from Juventus in the 2021 summer transfer window on August 27 for £12.85 million.

Who is Ronaldo’s wife?

As of 2022, Ronaldo isn’t married to anyone. However, he has been in a long-term relationship with his girlfriend, Georgina Rodriguez.

What team is Ronaldo on?

Ronaldo plays with Manchester United as of 2022.

Read About Best-Paid Soccer Players in the World Right Now

G Eazy is an American rapper, singer, record producer, and songwriter with an estimated net worth of $12 million as of . Moreover, he is presently signed to RCA Records and is one of the most successful hip-hop artists in the world. On June 23, 2014, his debut major-label album, These Things Happen, was released….

One of the most admired meteorologists and TV host Al Roker’s net worth is $70 million. Al Roker is a popular American television weather forecaster, TV personality, actor, and author. He was placed 238 in the prestigious old American Meteorological Society Television. Roker is best known as the long-time weatherman on NBC’s “The Today Show,”…

Henry Charles Albert David, Duke of Sussex, a member of the British Royal family, holds a net worth of $50 million. Harry was born on September 15, 1984, in London, England. Prince Harry is Charles, Prince of Wales, and Diana, Princess of Wales’s second and young child. He was placed third in line to inherit his…

One of the brilliant American actresses and producer Ellen Pompeo’s net worth is $80 million. Pompeo is the cast in ABC’s iconic medical drama Grey’s Anatomy, through which she achieved international acclaim for her role as Dr. Meredith Grey. Moreover, Ellen Pompeo was nominated for a Golden Globe and a Screen Actors Guild Award for…

Julia Haart’s divorce settlement has become a topic of discussion on Reddit after she sued her ex-husband. Julia Haart accused her ex-husband Silvio Scaglia of defrauding her of significant stocks and earnings from their companies after filing for divorce in February. In June 2019, according to the 45-page lawsuit submitted to New York State Supreme…

A Kenyan long-distance runner with several marathon wins and a world record, Kibiwott Kandie has a net worth of $1.1 million (Kshs. 120 million).  Kibiwott debuted in 2019 from Saint Silvester Road Marathon. However, in a short time, the runner has garnered considerable net worth and fame along the way.  Already unstoppable, Moh won the…