Likewise, he has won six World Series of Poker bracelets.

Daniel is among the highest-earning poker players and has been inducted into the Poker Hall of Fame.

Global Poker Index even recognized him as the decade’s best poker player.

Let us have a look at Daniel Negreanu’s life.

Daniel Negreanu | Net Worth and Income

Daniel Negreanu’s net worth is a staggering $60 million, as of August 2022.

Strictly speaking, he makes $2 to $4 million per year from his Pokerstars deal.

Similarly, Negreanu’s career winnings stand is a whopping $41 million as of this writing. Also, he earned at least $7 million on the World Poker Tour and won more than $18.7 million in top prize at the World Series of Poker.

Likewise, Daniel was named the best all-around player at Foxwoods’ World Poker Final in 1997. He won approximately $55,064 in the competition.

Daniel held the record of becoming the youngest WSOP bracelet winner in history for six years.

Moreover, his top ten winning streaks at World Poker tournaments and other events/ competitions include:

Furthermore, he was named Favorite Poker Player in 2006 at the Card Player Magazine’s Awards Gala.

Let us see what Daniel Negreanu’s net worth is in different currencies.

Professional poker player Daniel Negreanu’s net worth as of August 2022 is $60 million.

Daniel owns a few luxurious houses in Canada and the US.

He owns a huge two-story mansion in Las Vegas, Nevada.

Negreanu’s house has a large pool and pleasing greenery in the backyard.

Although Daniel has made a number of appearances on various shows, he seems hesitant to disclose his real estate portfolio to the media.

Looking at his massive fortune, he will have no problem buying luxurious houses.

Daniel Negreanu seems to like an all-electric eco-friendly car which is a very interesting choice for the poker player.

He drives a Tesla Model S Series that features a large spacious cabin fully loaded with lots of tech features.

Off course, Daniel could easily buy any other car with combustion engines, but it seems like he is concerned about the eco-friendly environment.

As of August 2022, Daniel Negreanu’s net worth is a staggering $60 million.

Daniel Negreanu, aka Kid Poker, was born on 26 July 1974 in Toronto, Ontario. His parents were Romanian emigrants to Canada. Likewise, Daniel’s father, Constantin, was an electrician.

He went to Pineway Public School in North York.

Daniel missed his classes in order to play poker as a teenager. He developed a love for gambling online and hence, dropped out of high school to pursue full-time poker.

Negreanu met his ex-wife Lori Lin Weber a few months before their marriage.

The former couple tied the knot in August 2005.

However, they parted ways after two years of marriage.

Besides, he married Amanda Leatherman in 2018. The pair exchanged their vows in Palos Verdes, California.

World-class poker player Daniel often travels between Vegas and Toronto for his professional career. He even plans private air trips to several locations in North America.

Although Negreanu hasn’t been around the world enjoying vacations, traveling within the continent gives him time to rest from his schedule.

Generous Negreanu is known for his philanthropic works. He has appeared in several charity events over the years.

Daniel has supported various charity foundations, including Ante Up for Africa. This foundation raises money for the welfare of the Darfur region in Sudan.

Moreover, the poker player is the founder of the Big Swing Charity Golf annual event.

The tournament organizes a fundraising event for the Lili Claire Foundation.

The Las Vegas-based charity foundation aims to help and support children with special needs. Also, the charity supports their families.

Professional poker champion Negreanu has had a successful poker career with a history of winning multiple World Poker tournaments.

Likewise, he created history by holding the record of being the youngest WSOP bracelet winner for six consecutive years.

Well, that is a masterstroke class for the professional poker player.

Also, he was named World Series of Poker Player of the Year in 2004.

As mentioned earlier, he began hustling, playing cards, and sports betting as a teenager and frequented pool halls.

He even started playing against adults in numerous gambling halls and charity casinos.

Similarly, Daniel was winning against people twice his age. Besides, he had gathered enough fortune to move to Las Vegas by the time he turned twenty-one.

However, his overconfidence and lack of preparation for the competition made him lose all his money in Vegas and afterward forced him to return to Toronto.

Nevertheless, Daniel never gave up on his poker career and spent hundreds of hours playing and studying poker.

Similarly, his hard work and dedication paid off, and he became the only poker player to win the WSOP Player of the Year prize twice.

Also, he won millions of dollars as a member of Team PokerStars on the online poker cardroom PokerStars.

Daniel Negreanu’s net worth is $60 million as of this writing.

Is Daniel Negreanu the best poker player in 2022?

Currently, Carlos Mortensen ranks as the best poker player while Daniel leads in the second.

Is Daniel Negreanu an animal lover?

Yes, he is an animal lover and had a dog named Lucky. Daniel was devasted after Lucky’s death, and the loss taught him profound knowledge.

He likes to play golf because he is determined to win lost bets. Negreanu had lost more than $3 million playing golf. Also, he lost $1.2 million to his poker rival Phil Ivey but won it back over the years.

Is Daniel Negreanu a lucky man?

The answer might be a mix of skill and hard work rather than luck. He advises beginner pokers to go against conventional wisdom. Likewise, Daniel Negreanu’s net worth sits at $60 million, thanks to his successful poker career.

NNet Worth
The former World Alpine Ski racer Jean-Claude Killy is best known for his time in the late 1960s.…
NNet Worth 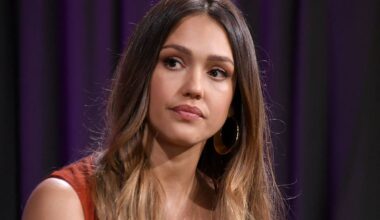 Read More
One of the most stunning American actresses and the businesswoman Jessica Alba net worth is $350 million. She…