David Unsworth Wife And Daughter: Family And Net Worth

The former footballer has kept his private life under wraps and revealed very little information about his wife. David let his performance on the field speak more, so he has mostly stayed away from gossip and controversies.

David Unsworth Wife Jayne Unsworth: Are The Couple Still Together or Separated?

Jayne Unsworth is the wife of Latics manager David Unsworth. However, whether the couple is still together or separated is not known. There is no further clarification or explanation from the footballer’s side.

The player and his wife, Jayne, had a somewhat tumultuous relationship, especially regarding where the professional athlete would play next.

The footballer’s wife, on multiple occasions, complained that he spent a lot of time away from home to fulfill his football commitments.

After winning the FA cup with Everton in 1995, the former Everton defender transferred to West Ham in London in 1998

However, his family, more so his wife, could not settle in London as she wanted to move back to Everton, Merseyside. Instead of moving back as Jane wanted, the Latics manager signed to Aston Villa, a club in Birmingham.

Within a month, the player moved back to Everton as Jayne did not agree to move to the midlands with two kids.

The veteran player was mocked for listening to his wife. The then Aston Villa manager, John Gregory, said, “We all know who wears the trousers in that house.”

In 2005, Unsworth was banned from driving for two years. He pleaded guilty to drunk driving three times the alcohol limit after arguing with his wife at a restaurant.

The court revealed Jayne’s frustration and unhappiness over David’s loan. The couple had problems because the defender was on loan at Ipswich Town, far away from home.

Solicitor Dan Souter said, “Times are difficult for the Unsworth family at this time with the pressures of football. Mrs. Unsworth has been finding it particularly difficult with three young children.”

This time, the defender did not comply with his wife’s wishes, and their relationship turned sour soon after.

However, fans still don’t clearly understand their situation and can only hope they have mutually resolved their issues.

The football coach shares three children with his wife, Jayne Unsworth. Among the three, Finley Anne Unsworth, David’s 24-year-old daughter, is the most active on social media.

Finley was a sales assistant before winning the Miss Liverpool contest in 2019. Later, she was one of the Miss England finalists.

As part of the Miss England journey, she worked alongside her dad as a volunteer at the EitC (Everton in the Community). The 24-year-old conducted workshops for young people on topics like health, lifestyle and employability.

Currently, Miss Finley is an online fitness coach and instructor at Liverpool’s HotFit gym. On the side, she has recently started a social media marketing business. She wears big designer brands such as Givenchy, Chanel, Gucci, Balenciaga, etc.

The footballer’s remaining two children maintain a relatively private life away from the public eyes.

The FA cup winner, David Unsworth’s net worth is estimated to be $11 million.

His primary source of income comes from football. The famous footballer began his career as a defender with Everton’s youth system and went on to play in the Premier League and have a remarkable career spanning 18 years.

In 1997, the footballer signed a deal with Aston Villa for a staggering $3 million. Later, Everon paid back the same $3 million to Aston Villa to retain the star defender.

The former Everton defender played for West Ham, Aston Villa, Sheffield Unites, Portsmouth, and Wigan Athletic in the Premier League. He played for Ipswich Town, Huddersfield, and Burnley in the English Football League.

In total, the 48-year-old is estimated to have earned $9.2 million throughout his career as a player.

David had a long and successful career at Everton. Even after retiring, he was with Everton as the academy director and under-23 head coach.

Internationally, the Everton star represented England at the 1993 FIFA World Youth Championship and came third. Later, he made his only appearance with the senior team against Japan at Wembley.

The veteran player is now set to make his mark as the newest manager of Oldham Athletics.

You May Also Like: Cristiano Ronaldo Net Worth: Football, Income & Career

Carson Senfield Family And Parents: Death - What Happened To Him? 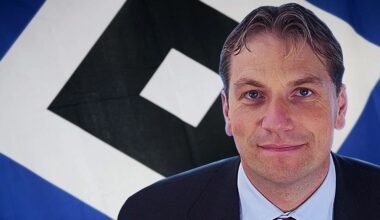 Read More
Thomas Wüstefeld is a shareholder, the Supervisory Board chairman, and now the Executive head of Hamburger SV. Fans…
FFootball Read More
Amari Cooper, an American football wide receiver for the Cleveland Browns of the National Football League (NFL), is…