People are concerned about Dusty Locane in jail as he was the suspect of another rapper in 2020.

Rapper Dusty Locane hails from Brooklyn in the United States. Dusty’s singles “Rollin n Controllin Freestyle” and “Rolando (Caught in the Rain)” became widely listened to in 2020 and 2021 on various social media platforms, most notably TikTok.

Billboard praised him for having a “raspy, drill sound,” and Pitchfork declared his song “Rolando (Caught in the Rain)” to be a “must-hear” rap song.

“Rollin n Controllin Freestyle,” Dusty Locane’s debut single, was made available on August 7, 2020. On January 8, 2021, DJ Akademiks shared two videos of Locane rapping on Instagram with his millions of followers, exposing him to new viewers.

Also Read: Lil Snupe Girlfriend: Was Dating Alexis Cherelle Before Death- Where Is She Now?

The RIAA granted the song a gold certification in December 2021 after 200 million streams.

Dusty Locane is surrendering to authorities. He is participating because he is aware that he is a subject of their inquiry, which is a wise move whether you are guilty or innocent.

He has also received flak for impersonating Pop’s voice since his death in February 2020. Dusty seems to be honoring his late friend with songs written in his style.

The charges have not been filed, as the rapper showed them to the police. The news has yet to be updated about his arrest & the charges he will face for the relative action he has been involved in.

Dusty Locane claims he had nothing to do with the drive-by shooting in July 2021 in New Hampshire following his concert.

Dusty Locane denied involvement in the drive-by shooting after his performance in Manchester, New Hampshire’s Jewell Nightclub on July 7, 2021. Initial reports stated that the Brooklyn rapper was the target of the shooting, which injured four people.

According to Audible Treats, Locane’s publicists, “It’s a case of mistaken identity.” “That van wasn’t Dusty Locane’s. He did perform yesterday night in Manchester, but he and his team returned home without any problems.

Around 2:00 am, the shooters allegedly opened Fire on a van traveling Interstate 293 with 15 people inside.

People inside the truck reportedly verified their membership in the rapper’s crew, according to Patch.

Police looked into a different gunshot that happened nearby the nightclub at about the same time, although they are unsure if the two are connected.

Two individuals have been taken into custody in that case.

Locane was raised in “a good home” rather than “subjected to the brutal reality of living in the hood” in Canarsie, Brooklyn, New York.

Due to the fact that Dusty’s father is Haitian and his mother is Trinidadian, he grew up listening to both soca and hip hop, and R&B songs.

Before being dismissed from college, he spent a year there and initially intended to play basketball for a living.

After serving some time in prison, he began seriously pursuing a career in music after being let out. The Rollin’ 60s Neighborhood Crips are connected to him.

On November 19, 2021, Dusty Locane announced that his debut album, Untamed, would be published.

However, the album was delayed in remembrance of rapper Young Dolph, who was assassinated on November 17.

The date of the release was December 3, 2021. There were 20 tracks on the album, which generally earned favorable reviews from critics.

Catch Da Flu, an EP by Dusty Locane was released on December 5, 2022. There were six songs on the EP.

Fans of the rapper are curious to know who is Kodak Black’s Wife as the rapper has been rumored to be engaged. Bill Kahan Kapri, better known by his stage name Kodak Black, is a rapper from the United States. His 2014 single “No Flockin” received initial attention. Painting Pictures, his debut album, peaked at…

American rapper Quavo has gotten into legal problems in the past. Is he arrested again, or are these only rumors? Quavious Keyate Marshall, or simply Quavo, is a rapper, record producer, and businessman.  He is best known as the co-founder of the former hip-hop group Migos. He is the cousin of co-member Offset and uncle… 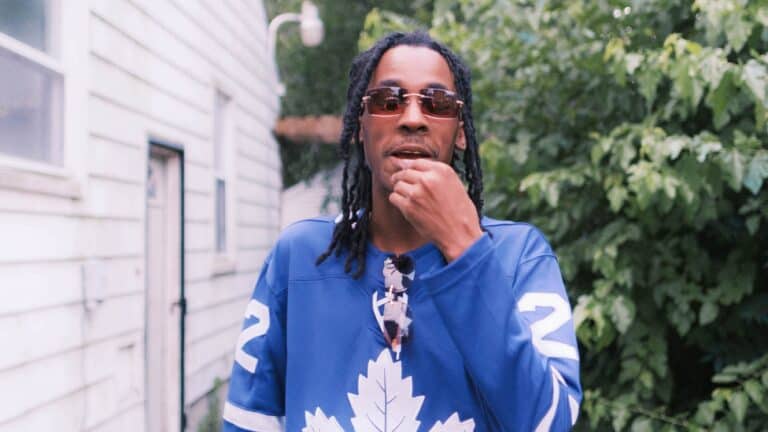 Is Baby Smoove arrested? People have been following the news about the rapper’s arrest on YouTube videos and Instagram.  Smoove is an American rapper and singer; she recorded his first song when he was 15 and was always very clear about choosing her music career.  Many fans have followed him and his music for a…

Is Orlando Brown still in jail? Get to know about the arrest for domestic violence and drug possession in 2016.  Brown is a singer, Actor, and rapper, and he is best known for his role on Major Payne, Family Matters, Two of a Kind, and more.  He started his acting career in 1995 and has…