Foluke Akinradewo Gunderson is a Nigerian-American professional volleyball player who is a middle blocker for the United States Women’s National Volleyball team.

The three-time Olympic medalist is a proud Naija (a person from Nigeria) who fully embraces her beautiful and thick Afro-textured hair. Her hair is naturally curly, bouncy, and jet-black in color.

Foluke Akinradewo Gunderson has a unique way of styling her hair. The volleyball player is often seen in box braids, which reflects her personality and ancestral roots.

You May Also Like: Kara Bajema Wikipedia And Age: Parents Boyfriend And Salary

Although the volleyball player was raised in Canada and, later, the USA, she has remained deeply rooted in her Nigerian heritage and continues to honor her ancestors by adorning braids. Therefore, hair is an integral part of her identity.

Braiding has been part of Black culture throughout various history stages and was used to symbolize different tribes, ages, social status, and marital status.

Braiding is also a practical way to protect natural hair from humidity and heat damage.

Therefore, during matches, she always ties her braids into a ponytail and puts on a headband. It is difficult for the volleyball player to manage her voluminous hair while playing.

On special occasions like weddings and parties, Foluke Akinradewo Gunderson styles her hair straight or wavy.

The American athlete is married to Jonathan Gunderson, a financial analyst. The pair got engaged in 2017 & tied the knot on November 3, 2018. 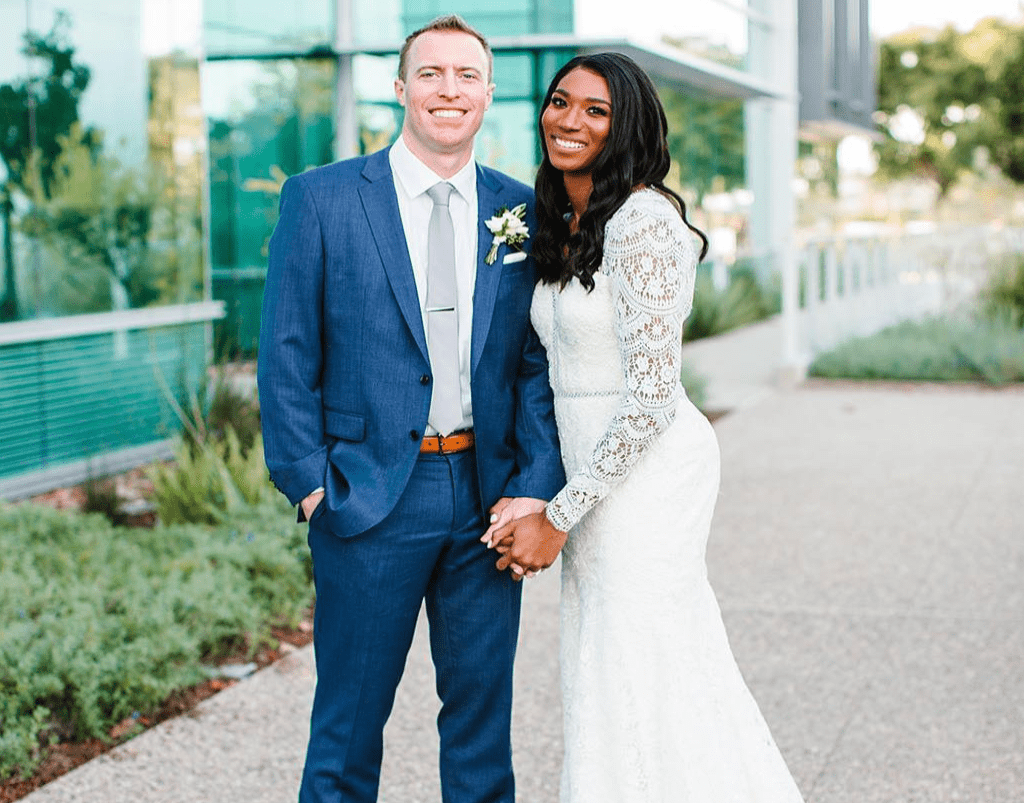 Foluke Akinradewo Gunderson with her husband, Jonathan Gunderson, on their wedding day in California. Source: InstagramThe professional athlete’s husband used to play basketball in high school and even played one season for the Colorado College basketball team. Gunderson graduated with a degree in communication and media studies in 2011.

Since 2016, the athlete’s husband has worked as a senior financial analyst for the Commercial Bank of California.

Jonathon is not active on any social media platforms. However, he does make timely appearances on the volleyball player’s Instagram posts.

Foluke Akinradewo Gunderson was born in Ontario, Canada, on October 5, 1987. Her parents are Comfort and Ayoola Akinradewo. Foluke’s mother is a registered nurse, and her father is an office worker.

Her parents moved from Nigeria to Canada for better opportunities. After receiving his Ph.D. in Canada, the family moved to California.

Foluke has two brothers. Her older brother, Foluso Akinradewo, was born in Nigeria and is a doctor. The athlete’s younger brother is Folu Akinradewo.

When she was little, her brothers would motivate her by not letting her get inside the house until she made 10 left-handed layups in a row.

Foluke Akinradewo Gunderson is estimated to be worth $3 million as one of the finest and most decorated volleyball players.

The majority of her fortune comes from playing volleyball both nationally and internationally. The three-time Olympic medalist has professionally played volleyball in Japan, Azerbaijan, Russia, Poland, and Switzerland.

The athlete first participated in the Olympics in 2012 and won a silver medal. In 2016, Gunderson won bronze at the Olympics with the USA national team. Finally, in 2021, the Canadian-born player won gold at the 2020 Tokyo Olympics.

In 2018, the gold medalist took home a grand prize of $1 million along with fellow players of the USA national team after winning the FIVB VNL in Nanjing, China.

From 2017-19, Gunderson was a middle defender for the Japanese team Hisamitsu Springs.

She was named the “Most Valuable Player” & “Best Middle Blocker” of the Japanese V.League in 2018. Similarly, she has won several FIVB Word Championships, Grand Prix, and VNLs (Volleyball Nations League).

Since Foluke is a regular member of the USA Women’s National team, she can earn a decent amount of money. Moreover, Japanese teams only have one foreigner quota, so foreign signings like Gunderson’s are usually in 7 figures. 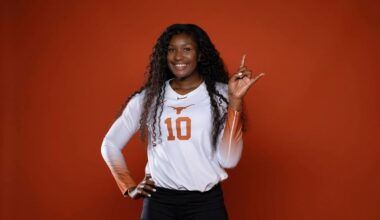 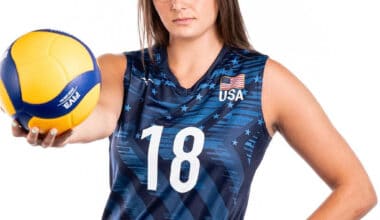