K-pop is a genre of South Korean music influenced by genres and styles from around the world such as rock, hip hop, jazz, gospel classical, and folk on top of its traditional Korean music roots.

We all know by now who the K-pop idols are, don’t we?

From BTS to EXO to SVT, these idols have influenced millions of people all around the world.

They make distinct, soothing, and catchy songs for their fans all around the globe. In addition to that, the celebs build a great music video with signature dance moves.

The detail and information has been compiled from various sites including Wikipedia and KPopStarz.

Mingyu is a rapper, singer, and songwriter who is a member of the K-pop group SEVENTEEN under the hip hop team.

The charming singer looks cute and fierce at the same time. He looks flawless with his perfect hair and muscular body.

Mingyu has worked on two music videos, a drama, and four music shows. He has a friendly and clumsy personality.

Kang Daniel is a rapper, singer, entrepreneur, and songwriter based in South Korea. He was a member of Wanna One from 2017-2019.

Daniel is famous for being one of the youngest CEOs in the K-pop industry. As of now, he is the most famous celebrity in South Korea due to his humble character and cute personality.

Daniel has worked in 6 TV series and seven web shows. All in all, the multi-talented K-pop idol has had 51 award wins out of 82 nominations.

Moreover, he can dance very well, which adds to his charm. His dance moves, along with his adorable personality, make every girl fall in love with him.

Park Jin-young is a member of the Got7 and JJ Project. Commonly known as Jinyoung, he is a singer, actor, and songwriter.

He debuted from the drama Dream High 2. JJ Project is a South Korean boy band consisting of Jay B and Jinyoung.

Later in 2014, they debuted as a part of Got7. Jinyoung has been a star in the K-pop industry from the start.

He has proved himself a gem with a soothing voice and good acting skills.

Moreover, he has worked in numerous music videos, TV shows, and TV series.

With his staggering features and perfect body, Jinyoung is undoubtedly one of the handsome K-pop idols.

Choi Min-ho is a rapper, songwriter, singer, and model who is a member of the boy group Shinee. The singer debuted in 2008 as a member of Shinee and is now one of the best-selling Korean artists.

Minho released a single- I’m Home, in 2017, which reached the top 12 in the world chart. Similarly, he has released 35+ songs and worked in many films and TV series.

All in all, Minho has had 62 wins out of 124 nominations until now.

He was chosen as one of the 12 Sexiest Men in the World by Vogue in 2012. With the steaming hot body and gorgeous face, he is one of the handsome idols.

Jake is a Korean-Australian singer and rapper who is a member of the boy group ENHYPEN. With his euphonious voice and modest nature, Jake has received the love of many from all over the world.

The 19-year-old has worked in numerous music videos, TV shows, and series.

Jake has rocked the world with his talent and stunning face.

Girls around the world go crazy over him.

Jeon Jung-kook, commonly known as Jungkook, is a member of a famous South Korean band, BTS. Jungkoook is a singer and songwriter.

In 2013, he debuted as a member of BTS. As of now, he is one of the most loved celebrities in South Korea. This is due to his dynamic and charming personality and adorable face.

Moreover, he earned the nickname- Sold Out King because the clothing and accessories he uses are always sold out.

Lee Dong-min is known as Cha Eun-woo professionally. He is an actor, singer, and model, and member of the boy group Astro.

Before debuting with Astro, Cha played in many series and dramas such as Top Management, Spring Up, Show! Music Core, etc. Finally, in 2016, Cha Eunwoo debuted as a member of Astro.

For his attractive face and a spectacular body, Eunwoo was named GQ Korea’s Men of the Year in 2018 and Hot Instagrammer Male in 2019.

Moreover, he was listed on number 17 in Forbes list of Korea Power Celebrity in 2021

Byun Baek-hyun is a singer, actor and songwriter. He is a member of a famous South Korean-Chinese boy group called Exo.

Since the group’s debut in 2012, it has gained immense success and popularity. Baekhyun is known globally for being a charming young man with humble and sweet nature.

All in all, he has starred in 3 dramas, three TV shows, and a theatre.

Baekhyun is a cute and soft person with a good sense of humor.

Choi Yeon-jun is a singer, rapper, and dancer who is a member of Tomorrow X Together, or TXT. Yeonjun was the first member announced of the boy band TXT.

Since his debut, Yeonjun has gained massive fans and following due to his killer but cute looks.

Not just that, he is an equally good singer and dancer.

Yong Yuk-hei is a rapper, singer, and model who is a member of the South Korean boy group NCT, WayV, SuperM, NCT U, and SM Town.

Lucas is also known for his role in a famous variety show- Keep Running.

Similarly, he has starred in 3 TV shows and has made a soundtrack appearance. Moreover, he has released a single- Coffee Break.

Being involved in many groups, Lucas has gained immense fame and fandom.

Kim Seok-jin is a well-known singer, songwriter, and member of BTS.

His humble personality, angelic voice, and caring nature make his fans love him even more. The ever-so handsome Jin has been in the band since 2013.

Jin has been a big part of BTS’s big hits such as Awake, Epiphany, Moon, Yours, etc. In addition, he has been involved in songwriting, television, and short films.

Moreover, Jin is also a great dancer which makes him even cuter.

Oh Se-hun is a famous model, singer, actor, and dancer who is an active member of the band EXO. With a successful career in music, he has starred in movies and television dramas such as Dokgo Rewind, Catman, etc.

With a flawless fashion style and a perfect face, he has been the king of our hearts.

Park Sung-hoon is an actor, singer, presenter, and former figure skater. In 2018, he became a trainee for Big Hit.

Then, in November 2020, Sunghoon made a debut with  ENHYPEN.

Being a member of one of the most blooming and loved K-pop bands, Sunghoon has gained immense love and affection from the fans.

Moreover, Sunhoon is considered one of the most handsome K-pop idols with charming and gorgeous faces.

ENHYPENhas released a studio album- Dimension Dilemma, along with singles such as Given-Taken, Drunk-Dazed, and Tamed-Dashed.

BTS is one of the most significant music sensations known for its music, dance, and handsome members.

Indeed, V has the most significant and loving fanbase among the band members. As of this writing, his Instagram holds 23.9 million followers, which is ever-growing.

V has been the fans’ very best with a cutesy personality and extraordinary talent.

He has worked in big hit singles such as Dynamite, Blood Sweat & Tears, Life Goes On, etc. Moreover, he has worked in several music videos and TV series.

Having been named the Most Hansome Man of the Year several times, it is clear that he ranks first in this list of most handsome K-pop idols.

I am an active student studying Computer Science. I like learning new things and skills. Hope you find my articles interesting and informative.

TTop List
Top 20 Biggest Banks in the World!!! The place where millions of dollars of transactions happen daily; a…
TTop List 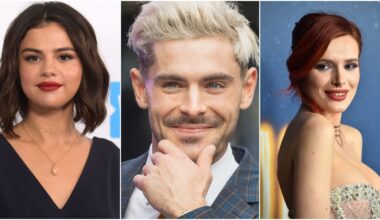