Is Shannon Sharpe leaving Undisputed? Fans have been asking this following the recent tension with his co-host.

Shannon Sharpe is a famed sports star-turned-television personality. The former football tight end played in the NFL for 14 seasons, primarily with the Denver Broncos.

Shannon was inducted into the Pro Football Hall of Fame in 2011.

Following his retirement, he has served as an analyst for The NFL Today and co-host for Skip and Shannon: Undisputed with Skip Bayless.

Is Shannon Sharpe Leaving Undisputed? His New Job And Salary

After over six years with the sports and entertainment talk show, there are rumors that he is leaving the Fox show.

However, there has been no formal confirmation, whether by Shannon, Skip, or the show officials.

Shannon appears excited about the upcoming episode, which hints that he is not going anywhere.

His tweet yesterday (December 19) read, “What should we discuss tomorrow on @undisputed first? Cowboys cowboying or Brady looking like he works in a bakery with all those turnovers?”

“I’m going to be on a 1k—good chance we don’t complete the 2.5-hour show. I am going to be ‘INSUFFERABLE,'” the tweet continued.

NBA Central reports that the Hall of Famer makes $3 million plus annually for the show, while Skip makes $6 million.

In addition to Undisputed, Shannon has a podcast called Club Shay Shay. Its episode featuring Bubba Wallace was selected on the “Apple Podcasts Best of 2021” list.

The speculations about Shannon’s departure have arisen after Shannon and Skip’s worst screaming match on Undisputed.

The site reports that Tom Brady might be why the two co-hosts might “split up” following Monday’s show.

Bayless, 71, and Sharpe, 54, got into a heated argument when discussing Tom Brady’s loss to the San Francisco 49ers on the show.

The argument started intensely and kept escalating as Shannon made his case that Brady was declining.

Shannon often criticizes Tom Brady and the Dallas Cowboys while defending LeBron James on the show.

Skip, known for passionately defending TB12, made it personal this time by telling Shannon that Brady is a better footballer than he ever was.

“You are just jealous he is still playing at a high level at 45 when you had to stop playing at 35,” Skip pointed out.

Find Out: Is JC Jackson In Jail? What Did He Do? Arrest And Charge

Shannon took his glasses off in frustration after listing out his accolades, which include three Super Bowls and a HOF spot. It was one of the few times he was visibly annoyed with Bayless.

The entire atmosphere shifts as Skip says that Brady is “far better than” him.

Taking his glasses off, he yelled at the top of his lungs that he was better than Skip, stopping himself before insulting his co-host.

NFL Twitter applauded Shannon, as he represents how many fans feel about the Skip.

Skip has had some hot takes, like tirelessly supporting Baker Mayfield, that irritate NFL Twitter. The community praises Shannon’s patience and tolerance of the TV personality.

If Tom Brady remains the main topic of conversation on the Fox show, Skip and Shannon might only last a while together, MARCA reports. 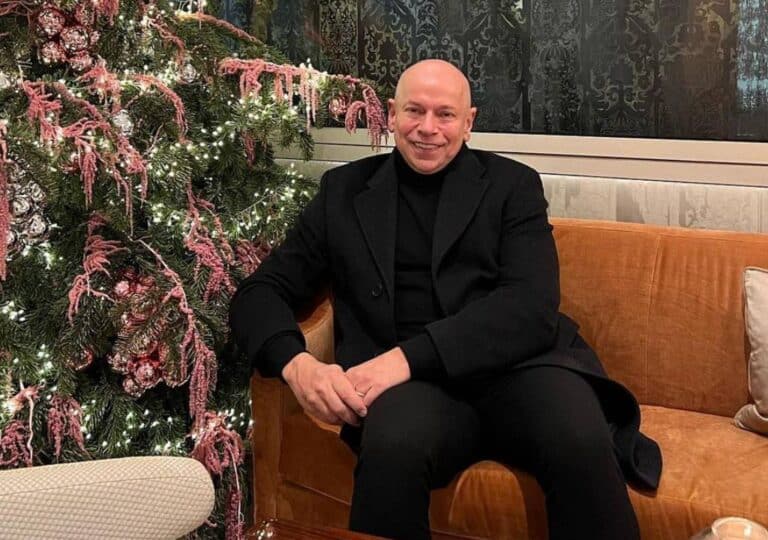 Is Leandro Karnal gay? Yes, the historian is gay and happily married to his husband, Vitor Fadul. The couple has been together for four years. The Former professor at the Universidade Estadual de Campinas, Leandro Karnal, is a well-known television personality in Brazil. He has several publications concentrating on the history of religion and the history…

Jesse James Arrested news has been trending in social media as there are rumors of the television personality being arrested. Jesse James is a well-known American entrepreneur and television personality. He is the owner and operator of West Coast Choppers, a Company specializing in custom motorcycles and clothing.  He is renowned for appearing on the…

The world appears to be well-informed about Oprah Winfrey, but admirers are even more curious about her partner, Stedman Graham. Oprah Gail Winfrey is an American talk show host, author, television producer, Actress, and philanthropist. She is most known for hosting The Oprah Winfrey Show, a chat show televised nationally for 25 years in syndication…