American entrepreneur, industrialist, technology mogul, and investor Jeff Bezos has an estimated net worth of $200.5 billion.

He is best recognized as the founder, CEO, and president of Amazon.

Bezos first appeared on the Forbes World’s Billionaires list in 1999 with a net worth of $10.1 billion.

Bezos is the world’s richest individual according to Forbes’ ‘The Real-Time Billionaire’s list of 2021.’

Jeff Bezos: Net Worth and Income

Jeff Bezos’ colossal net worth of around $200 billion is assembled through Amazon, Blue Origin, The Washington Post, and his capital investments.

Amazon is Bezos’ primary source of income. It was founded in 1994 and has since grown to become one of the world’s leading retailers.

Jeff’s multi-million dollar divorce with his wife in 2019 has left him with 75% of the couple’s Amazon stock.

Bezos’ fortune is also bolstered by the Blue Origin. The aerospace industry, founded in 2000, holds an annual revenue of  $977 million approx.

Besides that, he owns The Washington Post. Bezos purchased the newspaper for $ 250 million in 2013.

Net Worth of Jeff Bezos in Different Currencies

Let’s have a look into Jeff Bezos’ net worth in different currencies, including BitCoin.

Besides charity and his space exploration company, Jeff also spends his fortune in real estate and luxurious cars.

Jeff Bezos had a beloved 1987 Chevrolet Blazer that he drove for years.

According to the book “The Everything Store,” his ex-wife drove him to work in his Honda until 2013.

Apart from that, he also owns:

Jeff’s vast fortune of billions allowed him to purchase not just one but two Gulfstream G-650ERs.

Together, the jets cost around $150 million.

Bezos and his partner, Lauren Sanchez (also a helicopter pilot), solved the problem by purchasing a second support yacht.

The helicopters may land on the support yacht before being brought to the main ship.

Bezos spent $23 million for a textile museum in 2016 and decided to convert the ancient 27,000-square-foot building into a home.

Barack and Michel Obama, as well as Ivanka Trump, are among his neighbors.

Bezos also spent $80 million on three apartments on three neighboring levels in Manhattan. It was just two months after announcing his divorce.

Additionally, he spent $16 million to add a fourth level to his apartment living area.

This Georgian-style property features a floor that Napoleon originally owned. Bezos purchased it for $165 million from Hollywood magnate David Geffen in 2020.

It has a massive mansion as well as a bunkhouse. The ranch also houses the headquarters of Blue Origin.

He also owns a $53 million mansion across the street.

Bezos is the 25th largest landowner in the U.S.

A billionaire’s life usually appears to be extremely busy. However, it’s not the case with Bezos.

He never has meetings early in the morning. He also prefers to make meetings short and sweet.

Every year, Bezos is said to meet with Amazon investors for only six hours.

Bezos is a firm believer in getting enough sleep. He does not use an alarm clock and wakes up naturally every morning.

Bezos’ company never stops selling, no matter what day or hour it is. He does, however, take a break every now and then.

Bezos often brings his family along on his travels throughout the world.

He also went across Europe with his girlfriend, Lauren Sanchez.

In 2019, he was spotted on the Caribbean island with his girlfriend Lauren Sanchez and her son. It was after he divorced MacKenzie.

He and his brother, Mark Bezos, will also be traveling to space on July 20.

Jeff Bezos is the only one among the world’s most five wealthiest people who haven’t signed the Giving Pledge.

The Giving Pledge is an initiative started by Bill Gates and Warren Buffett, in which participants promise to give away more than half of their wealth during their lifetime or in their wills.

Until 2018, he was not even on the yearly list of America’s 50 most prominent donors.

However, he ascended to the top by funding $2 billion for homeless education projects.

The donation equated to about 1.3% of his net worth at the time.

In February 2020, Bezos launched the Bezos Earth Fund. He also made the single-largest charity contribution of $ 10 billion to help combat climate change.

Later that year, he donated $100 million to Feeding America during the COVID-19 pandemic. This organization serves more than 200 food banks.

Bezos appeared as a Starfleet official in the 2016 film “Star Trek Beyond,” co-starring Chris Pine and Idris Elba.

Get a look at Amazon CEO as an alien in ‘Star Trek Beyond.’

The Bezos Earth Fund is the billionaire’s largest personal investment.

He has also invested in his space exploration company Blue Origin.

Apart from that, Bezos has invested in several startups and ventures.

Bezos Expeditions is his venture capital business. It is where he makes personal investments.

In 2011, Bezos contributed $37 million to Uber. He also took part in a $112 million fundraising round for Airbnb.
He enjoyed the benefits of his investments when Uber and Airbnb went public.

In 2018, Bezoses made their First Major Political Donation.  They contributed $10 million to support military veterans who pledged to govern in a bipartisan manner.

In 2012, the Bezoses also donated $2.5 million to promote a successful ballot initiative in Washington State that legalized same-sex marriage.

Bezos also mentioned that Amazon supports a hike in the corporate tax rate to help pay for it.

“The Everything Store: Jeff Bezos and the Age of Amazon” is a popular book written by Journalist Brad Stone in 2013.

The book was New York Times and Wall Street Journal bestseller and translated into over 35 languages.

This book documents the increase of Amazon.com within the 90s and its close to ending throughout the dot-com bust.

However, it also mentions the ulterior revival with the introduction of Amazon Prime.

Not to mention the Kindle and Amazon internet services.

Apart from that, it recounts the childhood and early years of Bezos, together with his career on Wall Street.

Though Bezos is now one of the world’s richest individuals, he was not born rich.

Instead, he worked several jobs after graduating from Princeton University in 1986.

The annual profit of more than 2,000% ignited Bezos’ interest in starting a business.

He left the job in 1994 to create an online bookstore in Seattle, Washington.

He then began developing the site’s software from his garage with a small team of employees.

Amazon was the name he gave to his online bookstore.

Amazon’s success prompted other merchants to open online stores too.

Meanwhile, he expanded the site’s functionality by adding auctions and investing in other virtual retailers.

He also founded Blue Origin in 2000. Later in 2013, Bezos bought The Washington Post and affiliated publications for $250 million.

Jeff Bezos’ net worth was calculated in 2018 at $112 billion, making him the wealthiest person in the world.

Read About Soulja Boy and his career

How much does Jeff Bezos make in a second?

According to Business Insider, Bezos makes $2,537 per second based on the yearly improvement in his net worth.

How much money does Jeff Bezos’ ex-wife have?

Bezos’ ex-wife MacKenzie Scott is a novelist and philanthropist from the U.S.

Scott has a net worth of $61.6 billion. Forbes listed her as the world’s third-wealthiest woman in 2021.

Who is richer, Bezos or Musk?

Both business tycoons are vying for the title of the world’s richest man.

Jeff Bezos’ current net worth is $200.5 billion. Elon Musk, on the other hand, has a net worth of $156 billion, making Bezos wealthier than Musk.

An American football player, Johnny Manziel net worth is $6 million. Manziel is a former Heisman Trophy winner who has played professionally in the NFL for the Cleveland Browns, the Hamilton Tiger-Cats, and Montreal Alouettes in the CFL. He was chosen the San Antonio Express-News Offensive Player of the Year (twice), the National High School…

An American television star, fashion model, and socialite Kendall Jenner has an estimated net worth of $45 million. Her full name is Kendall Nicole Jenner, and she was born in Los Angeles, California, on 3rd November 1995. She is the daughter of  Caitlyn Jenner (formerly Bruce Jenner) and Kris Jenner. Kendall is best known for co-starring with… 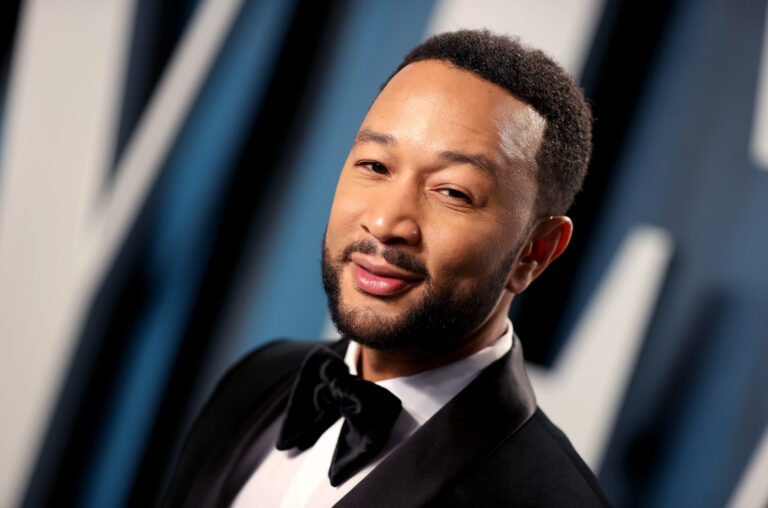 The talented and extraordinary American artist John Legend’s net worth is a massive $75 million. Born in Ohio, USA, John Legend is one of the most famous and acclaimed singers, producers, actors, and songwriters at present. John has been giving profound and soulful music and songs to the world. He has won the hearts of…

K-pop rapper, model, and social media influencer Lalisa Manoban’s net worth is $14 million. Lisa is well-known for being a member of the popular South Korean girl band, Blackpink. She is the highest-earning member of Blackpink. Also, Lisa was listed at 15th rank on the 100 Most Beautiful Faces list in 2017. Likewise, she won…

One of the pop-punk icon Tom DeLonge’s net worth, is $75 million. Tom is a musician, singer, songwriter, and record producer. Additionally, he is also an actor and filmmaker from the United States. He is the lead vocalist and guitarist for the rock band Angels & Airwaves, founded in 2005. He has a distinctively nasal…

One of the most admired meteorologists and TV host Al Roker’s net worth is $70 million. Al Roker is a popular American television weather forecaster, TV personality, actor, and author. He was placed 238 in the prestigious old American Meteorological Society Television. Roker is best known as the long-time weatherman on NBC’s “The Today Show,”…