Jim Valvano died of Cancer on 28 April 1993. It has been nearly 30 years since Jim left the world. Let’s get to know the Valvano family’s whereabouts of the late coach’s family.

He served several schools and colleges. The late coach’s stint with North Carolina State University was the most notable. Against all odds, Jimmy V’s NC State men’s basketball team won the 1983 NCAA Division I championship.

Valvano’s speech at the 1993 ESPY Awards was moving. At that time, he announced the formation of the V Foundation for Cancer Research. Sadly, after two months, the veteran basketball official passed away.

ESPN and the late basketball coach Jimmy V founded the organization to achieve victory over Cancer in 1993. Since its formation, the organization has awarded over $310 million in Cancer research grants nationally.

In addition, the organization has developed into one of the top financiers of innovative Cancer research.

Additionally, the legendary coach’s widow is also a part of the Board of Directors of the Jimmy V Celebrity Golf Classic.

It looks like Pamela Valvano has dedicated her life to achieving her late husband’s goals and aims. The New York native Pamela and Jim were married from 1967 to 1993. The married duo had three daughters, Nicole, Jamie, and LeeAnn.

All of Jim Valvano’s daughters have grown up and are leading their life individually.

Jim Valvano’s middle daughter, Jamie Valvano, currently works as an inspirational speaker and advocate. She is also a Cancer survivor. She was born on 4 April 1983. She traveled with her Father as he worked for ABC and ESPN as a sports commentator.

Jamie graduated from North Carolina State University and worked for the V Foundation for Cancer Research in the early stage of its foundation.

Furthermore, Pamela and Jim’s child got married to her high school sweetheart. The date of her marriage and the identity of Jamie Valvano’s husband is still confidential.

Regardless, with her partner, the late basketball coach’s daughter led a beautiful family. She became a mother to two sons – Jake and Grant Matthew. However, Jamie and her husband have already parted ways.

Jamie Valvano’s son, Jake, was born on 8 February 2000 as her eldest child. Afterward, Grant Matthew joined the family on 30 October 2002. Grant reportedly suffered a stroke before his birth.

While she was about to adjust to her new normal, Jim and Pamela’s daughter faced a new challenge. The inspirational speaker was diagnosed with breast Cancer in 2005.

Jim Valvano’s prophetic words, “It may not save my life. It may save my children’s lives. It may save someone you love,” took on a new meaning as Jamie faced and won Cancer battle.

As for the other daughters of Jim and Pamela Valvano, there is not much detail. Hopefully, Nicole and Lee Ann are enjoying a wonderful life with their loved ones. 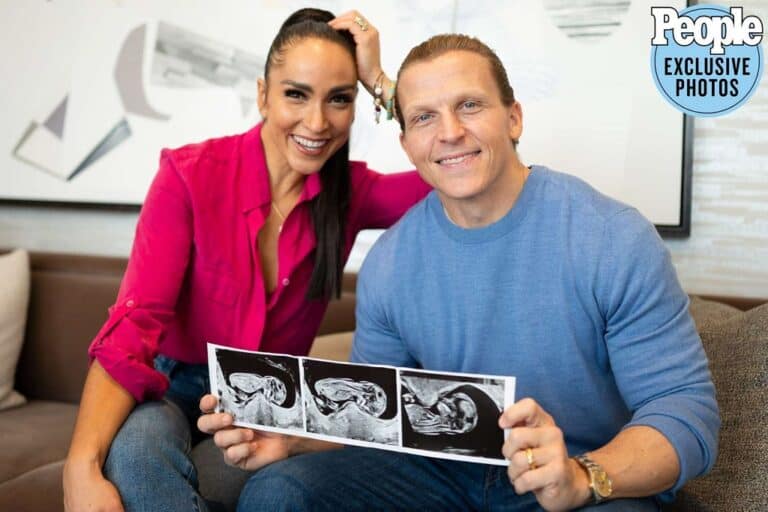 Fans were surprised to know that Robin Arzon is pregnant with her husband after she announced the news. People recognize Robin Arzón, a.k.a. @robinNYC, as a New York Times bestselling author, an Adidas brand ambassador, a fierce instructor at Peloton, and the vice president of fitness programming at the company. She boldly re-invented herself as…

Football fans are keen to know more about Paulo Dybala parents, Adolfo Dybala and Alicia De Dybala, as the World Cup started, and fans are hopeful for the Argentinian team to succeed this time.  Argentinean professional footballer Paulo Exequiel Dybala plays forward for Juventus in Serie A and the Argentina national team. He is anticipated…

Fans are curious to know about Dana Dokmanovich’s parents and her family after Franco Harris’s death. At halftime of their game against the Las Vegas Raiders on Saturday night, the Pittsburgh Steelers held a somber ceremony to honor Franco Harris, a Hall of Fame running back who had his number 32 retired. The long-awaited recognition…