One of the greatest defensive linemen, JJ Watt’s net worth is $50 million.

The Texans drafted him 11th overall in the first round of the 2011 NFL Draft.

Watt has ruled the NFL over the last few years. Despite being a three-time NFL Defensive Player of the Year, he intends to continue to build on his legacy.

He’s a well-known figure in Houston and around the world with his energetic performance and record-breaking gameplay.

Let’s explore the details of the NFL superstar JJ Watt.

JJ Watt | Net Worth and Income

The prominent player has amassed considerable fortunes throughout his career. JJ Watt’s net worth is $50 million as of May 2022.

He’s making remarkable plays on and off the field, and his countless endorsements and stardom is stretching globally.

The main source of JJ’s massive net worth is the NFL salary. Even when he isn’t excelling on the field, he is winning off it by endorsing a slew of major brands.

Let’s explore in detail the income and salary of JJ Watt.

JJ has amassed such massive fortunes from his NFL career and lucrative contracts.

Watt forewent his senior year at ‘Wisconsin,’ entering the 2011 ‘NFL Draft’ with the best performance in every category.

Watt signed a six-year contract deal for $100 million in 2014. It made him the NFL’s second-highest-paid defense at the time.

The terms of this agreement were a guaranteed base salary of $51.9 million, a signing bonus of $10 million, and an annual salary of around $16 million.

The contract was eventually extended to the 2021 season.

Again in 2021, Watt signed a $31 million 2-year contract with the Arizona Cardinals.

We all know that the NFL star will continue to make a lot of money regardless of which team he plays for.

Earning From Side Hustle

J.J. Watt earns a lot of money in the NFL, but he also works hard on his side business, which is the secret to his massive fortune.

As a global figure, he gets approached by top-tier businesses and companies to promote them.

He has endorsed Papa John’s pizza alongside Peyton Manning.

In addition, he has served as a spokesman for Verizon, Ford, Yahoo Fantasy Football, and American Family Insurance.

Since JJ is one of the most marketable stars, his endorsement deals earn him huge money.

Not just him, but he has also been in commercials with his family.

His mother and his two brothers, T.J. and Derek Watt, appeared in Subway ads. Moreover, all three Watt brothers have been in Gatorade advertisements together.

Aside from endorsements, JJ has his own product line with Reebok. His products are pretty popular among his fans.

Given his popularity and rising stardom, we can reasonably predict that he will make millions more in the future.

Let’s look at JJ Watt’s net worth in various currencies and the BitCoin.

JJ has used his professional earnings to buy luxurious properties. His lucrative estate portfolio also contributes to his enormous net worth.

He has bought opulent residences in Pearland, TX, Houston, and, most recently, a stunning lodge in Summit, Wisconsin.

The pro football star is currently residing in his 7,773 square foot Houston, Texas, estate, which he bought in 2016.

Similarly, he has also acquired an opulent residence in Houston, built-in 2015.

JJ purchased a 4,500-square-foot house in western Waukesha County. He spent a whopping $800,000 on the massive mansion.

Watt also said that the Summit home provides him with a place to relax during the offseason.

Like the other affluent players, JJ has a fleet of exotic cars. Some of his selections, as well as the variety of them, may surprise you.

The first one in his collection is The Audi RS7, a refined yet powerful car. Its cost starts roughly at $110,000.

Another beast on the watts collection is Ford F-150 Platinum. Watt has purchased the most recent model.

The Platinum variant, which starts at about $50,000, includes everything from a 5-star overall NHTSA rating to the capacity to haul up to 9,100 pounds.

The affluent player lives a lavish lifestyle. His affluence may be reflected in both his appearance and personality.

He spends his fortunes on his wellness, grooming, and sophisticated appearance.

In terms of Watt’s personal life, he married his longtime girlfriend, Kealia Ohai. His wife is a professional soccer player herself.

She plays for the National Women’s Soccer League’s Chicago Red Stars and dated JJ Watt for over four years before marrying in February 2020.

The athletic couple is deeply in love with each other and enjoys spending time together away from the limelight and busy schedule.

They enjoy tropical holidays in Hawaii, Miami, and other locations.

Aside from a successful career in sports, Watt has a remarkable reputation due to his philanthropic initiatives.

Watt is the founder and president of the Justin J. Watt Foundation. The non-profit organization provides after-school opportunities for children in diverse areas to engage in athletics in a safe environment.

Watt and Foundation raised more than $37 million to assist Houston in its recovery from Hurricane Harvey, exceeding his initial goal of $200,000. He contributed $100,000 to the relief fund personally.

The Relief Fund assisted in rebuilding 1,183 houses and 971 daycare centers and after-school programs in the Houston area.

The Foundation also assisted over 108,000 children, and as a direct result of their efforts, over 239 million meals were delivered to storm victims.

In October 2015, he suited up as Batman for a Halloween gathering at Texas Children’s Hospital.

Even though he is an active philanthropist, he has never braggs about his riches or charitable contributions.

Aside from his football career, the NFL star has also garnered massive fans through his acting abilities.

Watt has been in several high-profile films and television shows.

He hosted Saturday Night Live and starred as himself in an episode of New Girl.

The football star has also partnered with several top-tier business brands and companies.

He also endorsed American Family Insurance, Bose, Yahoo!, and Fantasy Football, which adds up to a lot of money.

Even as a child, JJ Watt was athletic and showed early success in ice hockey. Watt played hockey until he was 13 years old. However, he quit up when it clashed with his academic goals.

Moving on with life and career, Football eventually captured Watt’s heart. He became involved in the sport throughout his high school years.

JJ Watt was drafted in the first round of the 2011 NFL Draft by the Houston Texans when he was playing college football at the University of Wisconsin.

He made an early impression, winning the Associated Press NFL Defensive Player of the Year Award three times with the Texans in his first five seasons.

Watt has amassed an incredible list of titles and achievements over his career. He was awarded Sports Illustrated Sportsman of the Year and a Walter Payton NFL Man of the Year.

Watt has worn No. 99 since being picked by the Texans in 2011 and while playing for Wisconsin.

Why did JJ Watt leave the Texans?

Watt realized the Texans couldn’t get him into the Super Bowl ring he desired, so he moved on to better horizons.

What happened to JJ Watt’s arm?

Watt tore his labrum, bicep, and rotator cuff and dislocated his shoulder. It was supposed to be a season-ending injury, but Watt has previously battled through horrific ailments. After enduring a torn pec in 2018, he returned to the Texans for the playoffs. 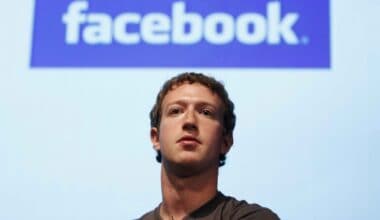 Read More
One of the world’s youngest billionaires, Mark Zuckerberg’s net worth is a staggering $85 billion. Mark Zuckerberg is…
NNet Worth
At number 75 on the Forbes 100 richest celebrity list, actor, comedian, television producer and musician, Adam Richard…