The jolly director most commonly known for his works on the “Iron Man” franchise and “Star Wars” sequels, Jonathan Kolia Favreau, i.e., John Favreau Net Worth is $100 Million!

Originally from Queens, Jon came into the industry around 30 years back, and since then, he’s worked ever so truthfully to become one of the most appreciated personalities of the industry.

He created the classic movies that most of us grew up watching. Zathura: A Space Adventure, Elf, Deep Impact, Something’s Gotta Give, Iron Man, Chef, The Jungle Book, The Lion King came to be through his continuous efforts.

More recently, he created “The Mandalorian,” a Star Wars spin-off series that has won the hearts of millions throughout the world.

And, oh! Let’s not forget, he even directed 6 episodes of Friends too!

Jon Favreau: Net Worth and Income

The charismatic director, producer, and actor holds an estimated net worth of $100 million. The collected revenue mostly came through his endeavors in the industry, endorsements, and properties.

Among the 3 major sources, the revenue from the film industry has always been a constant source. His first big break came with “Swingers,” which grossed $4.6 million in Box office and served as a stepping stone for Favreau.

Things started to take off after he released the movie “Elf,” which gathered $220 million worldwide. His first Marvel movie, “Iron Man” was a huge success, earning $585.3 Million worldwide!

The sequel, Iron Man 2, was an even bigger success, with a gross of $623.9 Million. The paycheck that he received amounted to almost $12 Million!

In 2011 alone, when he directed “Cowboys & Aliens“, he received a paycheck of $10 Million, alongside $2 Million from the older movie revenues.

Following that, he produced the 3rd movie of the franchise and produced the last 3 movies of The Avenger series.

What’s more impressive is his creation from the past decade. The Jungle Book amassed a whopping sum of $966.6 Million worldwide and was the highest-grossing film Favreau had directed till 2019.

However, The Lion King took the throne, with an earning of $1.657 Billion, making it the highest-grossing animated, musical, remake, and Disney movie of all time!

This may well be only termed as a beginning for Favreau. With him taking on the Star Wars sequel and bringing in shows like “The Mandalorian,” the prospect of him getting even further ahead is very well possible.

Read About Don Johnson’s Net Worth, Career, and Lifestyle

Net Worth of John Favreau in Different Currencies

Let’s have a look into Jon Favreau’s net worth in different currencies.

Having a multi-million net worth, it’s no wonder that the actor lives a pretty lavish lifestyle. He currently lives in the heart of Los Angeles with his wife and children in a 3,245 square feet mansion worth $3.5 Million!

The place is fully equipped with 4 bedrooms, 5 bathrooms, a spacious living and dining area, a pool, and a well-decorated garden; the place just gives off vibes of serenity.

Besides this, in 2016, he’d purchased Allan’s Aquarium in Lincoln Boulevard, CA. Additionally, he even purchased a residential house right next to the store for a combined price of around $5.25 Million.

When talking of cars, it’s been revealed that Favreau currently drives the Tesla Model S, which costs anywhere between $79,990 and $119,990.

At one point, he also owned the Mercury Comet Caliente Convertible and a used Cadillac DeVille Sedan.

Jon Favreau has been through a lot since his childhood. Despite it all, he overcame the intricacies of life and made it this big. Now, he leads a pretty amazing lifestyle with his family members.

Of course, the most obvious part of his lifestyle is food. He is a foodie and not an ordinary one! He’s actually a pretty good cook himself.

He learned for the movie “Chef,” and that hobby stuck with him.

He even created a new Netflix show titled “The Chef Show,” where he and Roy Choi invite different chefs and actors to make their favorite recipes.

Favreau is a big fan and an appreciator of the role-playing game Dungeons & Dragons. He credits the game for giving him a really strong background in imagination, storytelling, and a sense of balance.

Other than that, Jon is known for his love of writing. He’s been writing scripts for a long time, and through his scripts, he’s able to produce some really amazing movies.

He’s also quite active on his social media when necessary. He mostly posts pictures of sets or props or demos of his upcoming movies, shows.

Moving on to vacations, it’s no wonder that this line of work takes him around the world to different locations where he can even go for vacations.

However, he’d much rather prefer to go out with his family than with his crew members. So, he takes breaks once in a while and spends quality time hanging out with his wife and kids.

He can mostly be seen nearly the beaches, often taking a dip in the ocean or tanning by the shore.

It’s not just his belly that’s huge; he has an even bigger heart. Jon has supported several causes and made hefty charity to organizations as well.

Besides that, he also donated the funds from Heineken Audience Award for Best Narrative Film in 2014 to City Harvest, a group that aimed to provide fresh produce for poverty-stricken residents.

Jon Favreau’s entire life has been in the Movie and TV industry. So, since his film debut in 1993, he’s made tons of movies and money off the entertainment industry.

He started with the movie “Rudy” and then appeared in several smaller movies like “Mrs. Parker and the Vicious Circle,” “Very Bad Things,” and “Love & Sex.”

His first decent break came with the movie “Swingers” which earned him recognition. After that, he directed 6 episodes of Friends and starred in “Deep Impact,” which increased his popularity.

Following that, he made his first directorial debut in 2001 with the film “Made.” Slowly and steadily, he gained further recognition with “Daredevil,” “The Big Empty,” and “Something’s Gotta Give.”

The moment everything changed for the better was when he released “Elf,” which grossed a whopping $220 million worldwide and became an instant classic.

Initially, marvel was against taking Robert Downey Jr. for the role. However, Jon really fought for Robert, and because of his efforts, we got the Iron Man that we deserved.

Besides that, he produced 3 of Avenger’s movies and played “Happy” in the Iron Man franchise. In 2014, he acted in the movie “Chef” which received positive reviews and won an award at the Tribeca Film Festival.

Down the road came movies like The Jungle Book and The Lion King that became a superhit with the audience and became the highest-grossing movies of his career.

Most recently, he created a new Netflix show called “The Chef Show” alongside Roy Choi. Additionally, he also directed the star wars sequel “The Mandalorian,” which has really impressed many fans.

This isn’t all that Jon has to offer. In the near future, he is set to return to direct the sequel of “The Jungle Book“. Also, new seasons of The Mandalorian and The Book of Boba Fett will be directed and produced by him too.

There are few details on the endorsements projects that Jon Favreau has been a part of. However, what’s known is that he has 2 different production companies: Fairview Entertainment and Golem Creations.

Golem Creations was created in 2018 and is mostly known for producing “The Mandalorian” television show in partnership with Lucasfilm.

Did Jon Favreau Create The Mandalorian?

Yes, Jon Favreau did create the Mandalorian. However, that does not mean he created the character; he just created the series. He is the creator, director, showrunner, and, most importantly, the show’s main writer.

Yes, Vince Vaugh and John Favreau are good friends in real life. They both met on a movie set and have worked together in several movies together. So, they have maintained a close friendship over the years off-screen too. 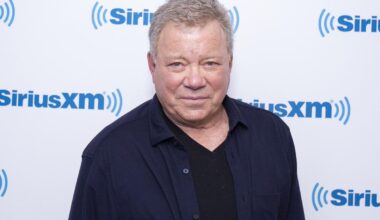 Read More
The oldest person to leave the Earth, William Shatner’s net worth is $100 million. William is a well-known…