Home Jonah Hill Net Worth: Movies and Career
NNet Worth

One of the famous comedians of the American entertainment industry, Jonah Hill’s net worth is $50 million as of May 2022.

The American actor, producer, writer, and comedian is very popular for playing Seth in the 2007 movie Superbad.

Even though he started his career as a comedian portraying clownish characters, he later proved to be adept at equally serious roles.

The guy is multitalented. Besides being an actor, Hill is also a great director and has voiced numerous characters in animated movies.

Before becoming a successful actor Jonah Hill used to perform as a stand-up comedian.

The actor was born on December 20, 1983, to  Sharon Lyn and Richard Feldstein.

Hill’s whole family is in the entertainment industry. His parents work behind the screen while he and his sister work on the screen.

Here are some personal details about Jonah Hill.

Jonah Hill | Net Worth and Income

As of May 2022, Jonah Hill’s net worth is $50 million. The actor has an estimated yearly salary of $7 million.

He was ranked 28th on the list of the highest-paid actors from 2014-2015 according to Forbes Magazine. He made a staggering $16 million just that year.

His movie 22 Jump Street was one of the reasons he was on the list. He earned $10 million alone from his role as Schmidt from the 2014 comedy action film 22 Jump Street.

His debut movie Superbad made $170 million at the box office, which also garnered Jonah a nomination for the MTV Movie Award for Best Comedic Performance.

His other movie, The Wolf of Wall Street, made $392 million at the box office. He was paid only $60,000 for his role in the movie, which is a minimum SAG salary.

But the movie got him nominated for the Academy Awards and also won the MTV Movie Award.

Net Worth of Jonah Hill in Different Currencies

Here’s what Jonah Hill’s net worth looks like in different currencies, including cryptocurrency Bitcoin

Johna Hill grew up in an upper-middle-class neighborhood of Cheviot Hills and lived a comfortable life. He grew up with his brother Jordan Feldstein, a music manager of Maroon 5, and Beanie Feldstein, an American actress.

Born and raised in a Jewish family, Jonah Hill had his Bar Mitzvah (Jewish tradition).

Now he lives in his new house in the Malibu Colony, Santa Monica, California. The house is located atop the rim of the woodsy Santa Monica canyon.

Hill is an animal lover and owns a pet pit bull named fig. He adopted the dog from Love Leo Rescue in Los Angeles.

The multi-talented actor lost his brother in 2017. Hill mourned for a year and did not make any public appearances.

After recovering from his brother’s loss, he went on vacation with his now ex-girlfriend, Gianna Santos, on a relaxing beach in Cabo, Mexico.

The comedian was spotted surfing at the Santa Barbara beach during lockdowns in 2020. He revealed he always had an interest in surfing but was scared to try.

As a world-famous actor, Johna Hill’s net worth is $50 million. He has accumulated quite a fortune from acting in movies.

He owns a house in Malibu Colony, Santa Monica, which he purchased for $9 million. The house is built around 3,600 square feet with four bedrooms and four baths.

Apart from that, Hill has a $9.16 million worth apartment at Noho Schumacher Condo conversion.

It’s a 3,280 sq ft four-bedroom apartment with massive arched windows with a view down to the building’s vine-covered courtyard.

Apart from these two, Jonah also has and a home in Los Angeles worth $2 million.

The multimillionaire loves cars and has an impressive collection.

The actor rides an Audi S5, one of the best sports cars out there. The estimated price of the car is $50,000.

Jonah Hill has a very kind heart. He has supported multiple charities, including Autism Speaks, Declare Yourself, Go Campaign, Milk + Bookies, and Nothing But Nets.

Other than that, Johna Hill has a fundraiser at gofundme.com to collect $50,000 worth of donations that will directly go to F*** Cancer charity. It’s a foundation to raise awareness and educate about cancer.

Similarly, he has formed a Your Mom Cares, a mental health awareness charity with Adam Levin’s mom.

Most of Hill’s movies have grossed astounding figures in box office collections. His movie 22 Jump Street made $331.3  Million at the box office.

The versatile actor for a change directed a movie, Mid 90’s which made $9.303 at the box office.

His favorite director is Martin Scorses which is why he agreed to work on the movie The Wolf of Wallstreet at such low pay.

His favorite movies of all time include Goodfellas, Boogie Nights, Herald, and Maude.

Apart from movies, he also directed Travis Scott’s music video Wake Up and  Sara Bareille’s Gonna Get Over You.

Music is an essential part of Hill’s life, and he’s a hip-hop head. His love for rap is clearly reflected in his movie mid 90’s. Turns out, the music nerd is a fan of Kanye West.

His favorite rap album is The Low-End Theory by A Tribe called Quest, and his favorite song is It Was a Good Day by Ice Cube.

The actor is regarded as a man of fashion and loves streetwear styles. Hill has always admired the brand Adidas.

With his growing popularity, Johna Hill is one of the faces of Adidas. The three-striped designs featuring Hill are available as Samba for $110 and Superstar for $140.

In 2016, the comedian collaborated with Palace Skateboard and Reebook for funny commercials.

The actor is very interested in real estate and owns several properties.

He purchased a Soho Loft at $2.65 million and sold it at $3.79 million, making over a one million dollar profit.

Similarly, he sold his Santa Monica property for $7.2 million, which he had purchased for $6.7 million.

His list of other investments includes Philz Coffee which was valued at $15 million.

Jonah Hill started his career in showbiz in 2004 with the film I Heart Huckabees.

The role was offered to him as a recommendation by Dustin Huffman’s children, Rebecca and Jake.

He continued to play roles in movies like The 40-Year-Old Virgin (2005), Knocked Up (2007), which gained him even more popularity.

In 2007, he got a big break in the movie Superbad as a leading role alongside Seth Rogen and Michael Cera.

In 2008 he hosted Saturday Night Live.

After his weight loss, he made his first appearance in-game commercial for Call of Duty: Modern Warfare 3 in 2011.

In the same year, a big turn came in his career where he played alongside BradPitt in the Movie Money Ball. He was nominated as the Best Supporting Actor for his role in the Academy Awards.

Following that, he started playing big roles in movies like 21 Jump Street, Django Unchained, and The Wolf of Wall Street.

The versatile actor served as an executive producer, writer, and voice actor in the animated movie Saugae Party (2016). He also voiced Green Lantern in The Lego Movie (2017).

What is Jonah Hill Known For?

Jonah Hill is known for his comedy and acting in movies like Superbad.

Why is Jonah Hill’s last name not Feldstein?

Jonah dropped his last name when entering the industry because he wanted to make it on his own.

Read About 10 Most Successful Comedians

12 Highest MLB Record of All Time 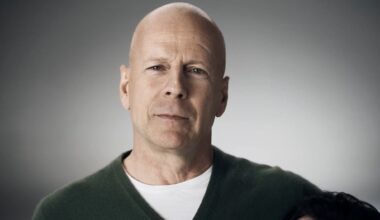 Read More
One of the highest-paid actors in Hollywood, Bruce Willis’s net worth is $250 million. He is most remembered…
NNet Worth
American actress, investor, and philanthropist Jami Gertz’s net worth is $3 billion as of , .  Meanwhile, Jami…