American YouTuber Jules Leblanc’s Brother, 13, passed away in 2015. So, how did he die, and is the family still mourning his loss? Let’s find out.

Jules Leblanc is a famous Internet celebrity born on 5 December 2004. The Georgia-based teen YouTuber is also known for her acting and singing skills.

More so, Jules is a professional gymnast who started her YouTube journey in 2008 when she was just four years old. She, formerly known as Annie LeBlanc, kept her YouTube channel by the same name.

Business Insider referred her among the most famous teens worldwide.

Her YouTube channel has over 3 million subscribers and at least 460 million views.

So, she later appeared as Rhyme in Chicken Girls: The Movie.

The teen Internet personality is famous in the country, even abroad. Jules received a Teen Choice Award in 2019 and a Shorty Award in 2018.

You Might Also Want To Check Out: Jovit Baldivino Death: His Wife Camille Ann Miguel And Kids Mourn His Loss

Famous Internet celebrity Jules Leblanc’s brother, Caleb LeBlanc, 13, died in the hospital due to a heart condition. Tragically, the young teen passed away in 2015.

The YouTube star’s parents, Billy and Katie Leblanc, have three kids together.

So, she has two siblings, older brother Caleb and younger sister Hayley.

Julianna Grace LeBlanc, aka Jules Leblanc, is close with her siblings. So, her brother’s untimely death was quite painful for the YouTuber.

Caleb was tightly bonded with his two younger sisters. Being the eldest, he might have helped his sisters while growing up.

Unfortunately, the young teen passed away, leaving behind his dreams. His parents and sisters grieved his loss.

Read More: Where Are Murray Halberg’s Kids And Wife Phyllis After His Death? Family & Net Worth Before Death

She posted a heartfelt video in February 2022, grieving her brother’s loss. She said in her video:

I mostly remember all the happy memories with him. There are lot of things I miss about Caleb.

Unfortunately, the untimely death of Jules’s elder brother in 2015 shocked her family. To this day, she and her family miss him.

Moreover, she talked about her brother’s heart condition, Hypertrophic Cardiomyopathy.

Net Worth Of Jules Leblanc

Famous American YouTuber and gymnast Jules LeBlanc’s net worth is $3 million. Jules is best known for her work on YouTube. She gained her wealth through the platform.

Business Insider ranked her among the most famous teens worldwide.

The professional gymnast began her YouTube journey in 2008. LeBlanc’s channel has gained at least 3 million subscribers and more than 460 million views.

Her fame began to grow after starting YouTube, and many fans got to know her better.

Also, she started making family and daily life vlogs on her channel.

Moreover, the young Actress starred in the YouTube Red Originals series We Are Savvy. She appeared for almost two years, from 2016 to 2018.

Jules’s early success became an inspiration to many kids and teens around the world.

LeBlanc, at 17, is worth a whopping $3 million, which sounds too impressive. Her guardians might handle the teen millionaire’s fortune as of now.

Unfortunately, Jules’s older brother, Caleb, passed away young in 2015. The thirteen years old, at the time, died of a heart condition. May her brother’s soul rest in peace.

Similar To This Article: Bill Bailey’s In Grief After Family Tragedy: Death Of His Best Friend Sean Lock

Sami Slimani is a German-Tunisian YouTuber, content creator, and influencer. His gradual rise to fame was only possible by the undying support of his mother and family. He was one of the earliest YouTubers to make tutorial videos. He mostly makes content about beauty, fashion, DIY, and lifestyle. Sami is recently in the limelight for… 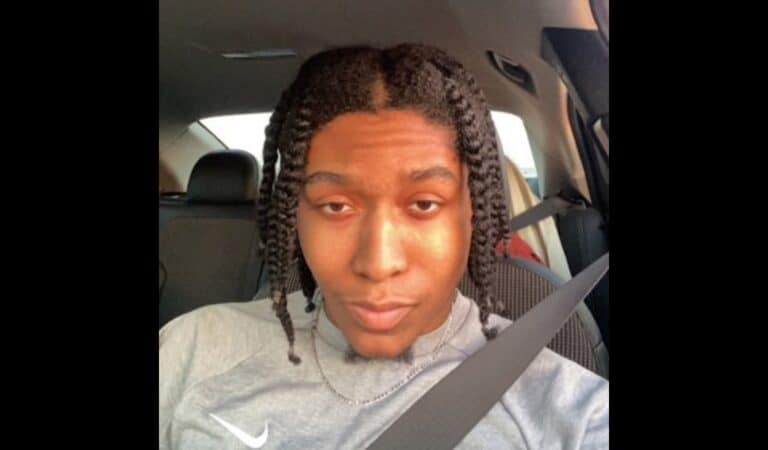 For some reason, the news of Gavin Leron’s death has been trending on the internet, and many people are asking What Happened To Gavin Leron? Gavin is a YouTuber with over 60k subscribers and goes by the handle @gavinleron on his youtube channel. He mostly posts funny videos with funny titles to attract more viewers….

Deyione Eason, better known online as EDP445 (short for EatDatPussy445), is a former American YouTuber, and people are asking if Edp445 is dying From Liver Failure.  Deyione posted videos that included reviews, cuisine, vlogs, rants, and gaming. His most often used channels were EDPGAMING1, his gaming channel, EDDP445 2.0, and CHAOTICKITCHEN445 (his cooking channel). Additionally,…

Is Mark Wiens, the YouTuber suffering from some health issues? People are concerned about Mark Wiens illness.  He is a blogger; he has traveled to different countries, tasting and reviewing their foods. Wines started his career as YouTuber almost ten years now, he began uploading videos, and he got attention from many people just in…