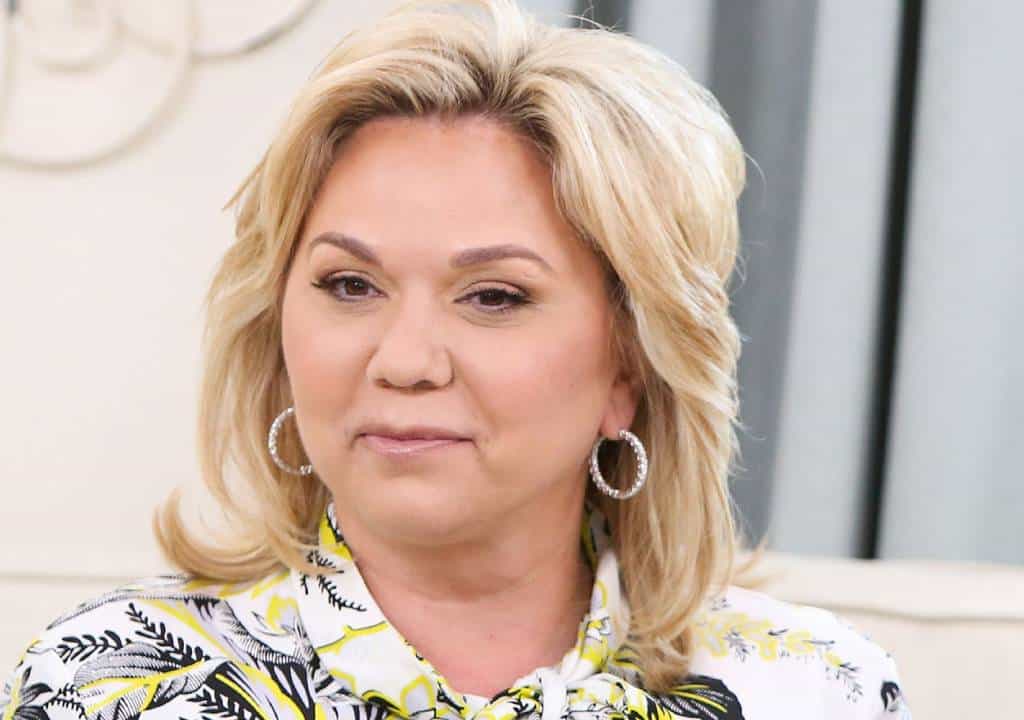 Julie Chrisley nose: did the reality television show star get her nose done? Todd Chrisley once encouraged her to get a facelift.

Julie Chrisley is a prominent reality television personality. The South Carolina native rose to follow her appearance on the USA Network series “Chrisley Knows Best” with her husband, Todd, and their kids.

The reality series revolves around the lives of the Chrisley family. Todd Chrisley is a wealthy real estate mogul based in Georgia. Julie Chrisley is one of the most loved members of the show.

You must be aware that the Chrisley couple was arrested and will serve in prison for a long time.

Amid the legal issues, Julie Chrisley’s beauty has also garnered attention. People are now asking if the star got her nose done.

Julie Chrisley Nose Done Before And After Plastic Surgery

In one of the episodes of the USA Network series of August 2020, Julie vented to her husband about feeling old. Todd Chrisley encouraged her to get a facelift. At that time, Mrs. Chrisley disclosed that she felt insecure.

During the episode, the real estate mogul took his wife to a plastic surgeon for a facelift consultation. The surgeon told Julie that she did not need to have work done.

Later, she accused her husband had told the surgeon that she needed to rebuild her whole self.

According to the doctor, the TV star couldn’t get the desired result despite exercising and a good diet. She wanted to lose fat in certain spots, Dr. Rollins continued.

Dr. Rollins removed fat cells from Mrs. Chrisley’s arms and back at his Beverly Hills office using his revolutionary AirSculpt laser liposculpture technique. Additionally, he blasted a persistent fat pocket on the back of her neck.

According to Dr. Rollins, the reality TV star was awake because of the minimally invasive procedure and even spoke on the phone with her children. It’s only as painful as getting your teeth cleaned, he continues.

Julie noticed outcomes almost immediately. The doctor remembered, “she was overjoyed. Without the hump on her neck, she seemed younger and appeared to have a better posture.”

The Chrisley couple tied the knot on 25 May 1996. Julie was nine months pregnant with their first child.

Within one week after the wedding, the married duo welcomed a son Chase Chrisley on 1 June 1996. Their second child Savannah joined the family the following year. Likewise, Grayson Chrisley was born on 16 May 2006.

Furthermore, Julie Chrisley is a Cancer survivor. She was diagnosed with breast Cancer in 2012.

As reality TV stars Todd Chrisley and Julie Chrisley reported to prison for their lengthy terms on 17 January 2023, they exchanged airtime for time behind bars.

Shalin Bhanot’s wife, Dalljiet Kaur, is a well-known Indian television personality. The two came into the spotlight after participating in the popular reality show BigBoss.  Unfortunately, the power Indian pair who participated in several couple dancing shows called their relationship quits in 2015. The two’s split was a significant shock as many fans often saw…

Ryan Edwards Kid was born just after meeting his girlfriend for six months. How many kids does Ryan Edwards have?   Edwards is a reality television personality in shows like 16 and Pregnant and Teen Mom OG. People had seen Edwards as irresponsible in the show, where he left his girlfriend and was on drugs when…

Many fans of the Netflix reality show Love Never Dies excited to know about Miguel and Alejandro. Are the two still together after the series? Let’s find out.  Love Never Dies: Destination Sardinia is a Spanish reality show presented by Netflix. Likewise, the show goes by the Spanish title, Amor con Fianza: Destino Cerdena.  Additionally, the…