Justin Bijlow tattoos are not only appealing but also hold specific meaning and significance behind them. Learn all about the Dutch GK’s inks.

The Dutch footballer plays as a goalkeeper for the Netherlands national team (#13) and Eredivisie club Feyenoord (#1).

At the club level, Justin came from the Feyenoord youth team and joined the senior team in 2016. He has already earned 76 caps for the club to date.

In November 2022, coach Louis van Gaal announced that Justin Bijlow would be part of the squad at the FIFA World Cup Qatar 2022, alongside Andries Noppert (Heerenveen) and Heerenveen (Ajax).

His injury proneness and relatively weak recent form indicate he will serve as a reserve keeper. In the opener against Senegal, Noppert played in starting XI.

Justin Bijlow has a profound love for tattoos. That is why he has ink on several parts of his body.

For one, he has “Rotterdam” written on the back of his left leg, the name of his birthplace in the Netherlands.

Justin also has a leg tattoo of de Kuip, a stadium in Rotterdam where he grew up playing and developing a love for football.

Further, he has several tattoos on his left arm, including a giant eye, a dove/ bird, a rose, Erasmus Bridge, and a tattoo that reads “XXII – I – MCMXCVIII,” which is roman for his birth date 22-01-1998.

Likewise, in 2017, the Dutch player shared a picture of the champion scale tattooed on his calf. He got inked together with friends.

He celebrated Feyenoord’s first Eredivisie title in 18 years by posting a photo of his tattoo on Instagram. “Thanks to my tattoo artist @010tattoo,” he captioned the picture shared on June 4, 2017.

This tattoo was well received by his fans, who believed it showed the love and dedication he has towards his club.

Moreover, he has various tattoos near his right knee, including one that reads “Dreams.” It is not an exhaustive list of his tattoos, as there are many more, and he has yet to reveal their meanings.

Justin uses tattoos to show his love for his hometown, club, football, and other things he cherishes.

Justin Bijlow Has Had A Long List Of Injuries

Justin Bijlow is, unfortunately, considered an injury-prone player. Since 2018/19, he has had over a dozen minor and significant injuries.

His tendency to get injured and the need to rest has proven problematic for his potential career. Fans wish him better luck in the future.

Justin Bijlow was born in Rotterdam, Netherlands. His Father’s name is Willem Bijlow, whereas his mother’s name is not mentioned.

Justin has one sibling, an older brother named Joel Bijlow, who is also a former footballer. He was born on September 27, 1989, and is 33 retired from the game.

Joel played as a striker for SC Feyenoord and BV Veendam during his career. However, he was affected by several injuries and ended his career in 2013 after three cruciate ligament injuries. 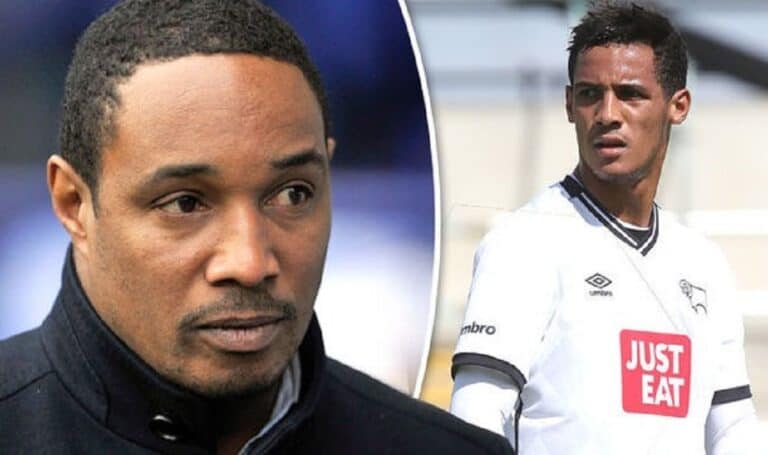 Is Tom Ince Related To Paul Ince? People are curious to know more about them as they share the same surname. Thomas Christopher Ince is an English professional footballer who plays for the EFL Championship club Reading as an offensive midfielder, winger, or striker. He began his career at Liverpool and made his professional debut…

Fans are interested to learn more about Cho Gue-Sung girlfriend as he plays forward for the South Korean national team. Throughout his youth and his first year at Gwangju University,  However, Cho wasn’t rated as a decent midfielder by his University’s manager, Lee Seung-won, and he converted his role into a striker. Cho struggled to…

Senzo Meyiwa trial is ongoing, and new developments are coming out. The late footballer is survived by his wife and daughter. The South African professional footballer was brutally shot dead in October 2014. Senzo Robert Meyiwa was born to his parents, Samuel and Nombifuthi Meyiwa. He was married to Nombifuthi Meyiwa, with whom he shared…

Vince Wilfork, Daughter was unhappy about moving until she realized Justin James played for the Houston Texans. Vince Lamar Wilfork is a former American football nose tackle who played in the National Football League (NFL) for 13 seasons, primarily with the New England Patriots. The player is considered one of the most outstanding defensive tackles…

Maria Emilia Ferrero rose to prominence as the girlfriend of an Argentine footballer Julian Alvarez who plays forward for Premier League club Manchester City and the Argentina national team. Argentina’s U20 team chose Alvarez to train with the senior team ahead of the 2018 FIFA World Cup. His primary position as a forward is as…