Khloe Kardashian is a famous media personality and entrepreneur who has a net worth of $40 million.

Her parents are Kris and Robert Kardashian.

Robert Kardashian is infamous for being one of the defense lawyers for O. J. Simpson‘s murder trial.

Khloe is the most famous for appearing in the reality TV show “Keeping Up with the Kardashians” with her family.

Similarly, she has also starred in multiple spin-offs of the show.

Moreover, Khloe is not only involved in appearances for TV shows, but she also runs a fashion business.

According to Forbes, Khloe Kardashian had ranked no. 4 on 2016’s Top Earnings Reality Stars List.

Likewise, her income for the year 2013 was estimated to be $10 million.

Keeping Up with the Kardashians

Khloe first started getting the public’s attention in 2007 when she appeared in her family’s reality TV show, “Keeping Up with the Kardashians.”

Along with appearing on the show, Khloe also executive produced “Keeping Up with the Kardashians.”

Her income from the show has increased due to her involvement as an executive producer.

According to Stylecaster, Khloe Kardashian earns $4.5 million for each season.

Therefore, a huge chunk of Khloe’s income is covered by her work in “Keeping Up with the Kardashians.”

Khloe has appeared in several spin-offs for this show.

Khloe Kardashian competed in the reality competition TV show “The Celebrity Apprentice” in its second season.

She also appeared in the MTV reality TV series “Punk’d” in February 2012.

Khloe had appeared alongside stars like Kelly Osbourne and Miley Cyrus.

Likewise, Khloe Kardashian has also co-hosted the American adaptation of the TV series “The X Factor.”

Also, Khloe has hosted her own show, “Kocktails with Khloé.”

Hence, Khloe have earned a huge amount of money from her ventures in TV shows.

Similarly, Khloe hosted her radio program, “The Mix Up With Khloe Kardashian Odom,” which aired on 30th January 2012.

However, in 2018, all the shops of the brand were closed down.

Good American is a clothing brand that started by specializing in jeans.

The clothing line accumulated $1 million of sales on its first day of business.

Khloe Kardashian, with her half-sister Kylie Jenner’s Kylie Cosmetics, had launched their collaboration on 14th June 2019.

This was the third time the two sisters had worked together.

The fragrance was called “Unbreakable.”

Khloe collaborated with her sisters, Kourtney and Kim Kardashian, to launch three perfumes for KKW Fragrance owned by Kim.

Khloe Kardashian, a part of the popular Kardashian family, holds a net worth estimated at $40 million.

Her appearance in the famous reality show, “Keeping Up with the Kardashians” is one of the main contributors to her net worth today.

Likewise, her ventures in other TV shows, her fashion business, and her endorsements make up for most of her net worth.

Net Worth of Khloe Kardashian in Different Currencies

Let’s take a look at the net worth of Khloe Kardashian in different currencies below:

In 2014, Khloe Kardashian bought a house for $7.2 million in Calabasas, California.

The house belonged to singer Justin Beiber before Khloe had bought it.

She decided to buy the house after her separation from her former husband, Lamar Odom.

The house is on an 11,000 square feet area, but the whole property covers a little under two acres of land.

Similarly, the house has six bedrooms along with seven bathrooms.

The property flaunts a separate guesthouse, a pool, and a private walking path within its premises.

Khloe bought a house next to her mother, Kris Jenner’s mansion in the Hidden Hills community, California.

Similarly, she shared glimpses of the extensive construction her house was going under through her social media.

The property costed a total of $37 million.

According to The Hollywood Reporter, the smaller mansion of the two belonged to Khloe, costing her $17 million.

Khloe is also the owner of a Rolls-Royce Cullinan.

Likewise, Khloe has a Mercedes Benz G Wagon, which costs around $130,000 in the market.

Lastly, Khloe is also the owner of the luxurious Bentley Continental GT Convertible.

She has two elder sisters, Kourtney and Kim Kardashian, and a younger brother, Rob Kardashian.

She also has a step-sister Casey Jenner.

Khloe’s father Robert Kardashian died due to esophageal cancer when she was only 18 years old.

Furthermore, Khloe attended Marymount High School when she was young.

However, she dropped out of high school and continued her studies at Alexandria Academy after her elder sisters’ graduated.

By 2013, there were speculations of separation between the pair.

The couple confirmed their divorce in July 2015, but it was yet to be finalized by the judge.

Later in October 2015, Lamar Odom was found unconscious in a brothel located in Nevada.

Lamar was hospitalized then and lay in a coma for four days.

Khloe had to cancel her divorce petition so that she could make medical judgments for Odom when he was in a bad condition.

Finally, the couple’s divorce got finalized in December of 2016.

However, the couple broke up as Tristan Thompson cheated on Khloe.

Hence, Khloe Kardashian seems to be living a decent life with her daughter.

The Kardashian-Jenner family is known to enjoy luxurious and fun vacations across the world.

Some of the destinations they have visited for their family vacation are St. Barts, Costa Rica, Paris, Thailand, Dubai, Napa, etc.

Similarly, the three Kardashian sisters, Kourtney, Kim, and Khloe Kardashian, went on a trip to Japan in the spring of 2018.

They enjoyed the amazing sceneries, food, and culture of Japan.

Khloe was still pregnant with her daughter then.

Similarly, in the early months of 2021, the Kardashian-Jenner sisters shared glimpses of their vacation in Turks & Caicos through their social media.

Are you curious about Khloe Kardashian’s ex-husband Lamar Odom?

The campaign was an initiative against cruelty with animals for fur clothing.

However, in 2012, an incident of an anti-fur activist flour-bombing Khloe’s sister, Kim Kardashian, at an event took place.

Then, Khloe withdrew her support from PETA because the anti-fur activist was rumored to be closely related to PETA.

During Christmas of 2020, when the world was suffering from a global pandemic, Khloe donated toys to her local fire station with her daughter, True Thompson.

Khloe urged people to donate toys or warm clothes to their local entities.

Similarly, Khloe had paid the bills for senior citizens at various grocery stores during the COVID-19 pandemic.

She also purchased store gift cards for about 200 employees of those grocery stores.

Some of the products that the Kardashian family has endorsed are beauty products, waist-slimming pants, Coca-Cola, and many more.

Similarly, she was announced as the brand ambassador as well as the co-owner of the brand Dose & Co in 2020.

The main characters of the story were the Romero sisters, namely, Kamille, Kassidy, and Kyle.

The book consists of stories about Khloe’s weight loss and other fitness advice.

Before the Kardashian family rose to fame with “Keeping Up with the Kardashians,” Khloe used to work as an assistant for Nicole Richie.

The three Kardashian sisters, Kim, Kourtney, and Khloe Kardashian, featured as a cameo in the series 90210.

They featured in the premiere of the third season of the series.

Likewise, Khloe has made short appearances in few episodes of the spin-off “Kourtney and Kim Take New York.”

Similarly, Khloe Kardashian has made appearances in numerous TV shows and has hosted her own programs too.

Therefore, she has also made a name for herself by launching her own fashion brand, Good American.

How much weight did Khloe lose after giving birth?

After giving birth to her child in 2018, Khloe has lost about 60 pounds.

How did Khloe Kardashian lose weight?

Khloe Kardashian has revealed in an interview that she prefers exercising more than watching what she eats to lose weight.

Khloe Kardashian and French Montana started dating in early 2014. However, after being together for eight months, they broke up.

Ishika Gauchan is a student currently pursuing her undergraduate studies. She likes reading and spending time in the nature.

NNet Worth
An American football player, Johnny Manziel net worth is $6 million. Manziel is a former Heisman Trophy winner…
NNet Worth 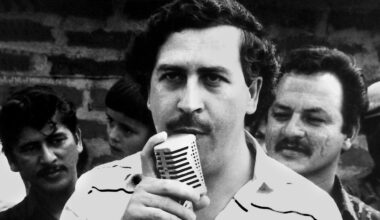 Read More
History’s most notorious criminal and drug kingpin Pablo Emilio Escobar Gaviria, had a net worth of an astonishing…