Kim Han-bin girlfriend is a topic of interest among K-pop fans. Learn the truth about his partner and dating history.

The South Korean rapper, singer-songwriter, and record producer is also known by his stage name B.I.

Han-bin debuted as the Leader of the boy band iKon in 2015. He was credited with the songwriting and production of all releases by the group.

After his exit from iKon in 2019, he became the Executive Director of IOK Company.

He later resigned from the position at IOK and went on with 131 as an independent label.

Explore More: Does Fleur East Have Kids With Her Husband Marcel Badiane-Robin? Family And Net Worth

Kim Han-bin Girlfriend: Who Is He Dating?

Kim Han-bin is likely single. He states that he has been single all his life.

When a radio host doubted someone could make love songs like him without experiencing a breakup, he disagreed and insisted that he had never dated.

Korea Boo states that he made such a response during a guest appearance on a radio show.

So, if we are to believe him, Kim Han-bin is single and does not have a girlfriend. He has never had one.

However, he has mentioned that his type has a “voice like an Olive,” “a fruity smile,” and “tangerine hair.”

Kim Han-bin Comes From A Well To Do Family

Kim Han-bin was born in Gyeonggi-do, South Korea. His Father’s name is Jeong Ju Kim, whereas his mothers is unavailable.

Jeong Ju Kim, 51, was on the news after he was arrested for corporate fund embezzlement. He was the vice president of IOK Company.

Netizens believed that was why B.I. was appointed the IOK Company’s youngest CEO.

They also protested against the debut of iKON’s B.I. because of his Father’s past financial crimes, which they said have destroyed numerous Korean families.

“If B.I. were to debut normally, what do you think of all of the children and family members that went bankrupt due to his Father would feel?” one fan posted on a blog post on Pann.

“Probably many families will threaten him if he were to debut,” the post continued.

Mr. Kim, the former CEO of Seunghwa Pritech, has served as the vice president since before the iKON’s former Leader was nominated as internal director.

B.I. has a younger sister named Kim Hanbyul. The two siblings appeared on the MBC pilot variety show The Game with No Name in February 2018.

All Kpop reveals his parents are going strong with great chemistry. He also compared his parents to Yoo Jae Suk.

Although he is famously known as B.I., his real name is Kim Han-bin.

Kim Han-bin has a net worth of $20 million per Idol Net Worth. His career as a K-pop star has helped in achieving this feat.

In 2009, Kim Han-bin, a.k.a B.I., made his first appearance by participating in promotions for MC Mong’s single Indian Boy.

He also appeared in the music video and MC Mong’s Horror Show. B.I. later joined Y.G. Entertainment as a trainee in January 2011.

In 2014, he was a contestant on Show Me the Money 3. A year later, he debuted as the Leader of an iKon under Y.G. Entertainment.

After he departed from iKon in 2019, he became the Executive director of IOK Company in 2020.

In 2021, B.I. made his debut as a solo artist under IOK Music affiliate 131 Label and has since released several albums and singles.

In November 2022, he made his first E.P. release under the global album project Love or Loved, including the single pre-release BTBT and lead single Keep Me Up.

Also Read: Was Twitch Boss Having An Affair? Relationships And Dating History

Peso Peso Arrest has made headlines in The Sauce Factory as FEDS arrested the rapper in Texas on RICO accusations.  Peso Peso is a Texas-based rapper who rose to prominence after Sauce Walka, owner of the record Company The Sauce Factory, shared him on social media.  His real name is Mario Herrera Jr. His rhyming…

American rapper Quavo has gotten into legal problems in the past. Is he arrested again, or are these only rumors? Quavious Keyate Marshall, or simply Quavo, is a rapper, record producer, and businessman.  He is best known as the co-founder of the former hip-hop group Migos. He is the cousin of co-member Offset and uncle…

While his fans worldwide are wondering who is Derek Luh girlfriend, the American Actor or singer is not dating anyone. The -year-old artist appears to be focusing on his career. Derek Luh is an American hip-hop musician, songwriter, and Actor. The California native was signed to Fly America, Mark Battle’s label, and toured with renowned… 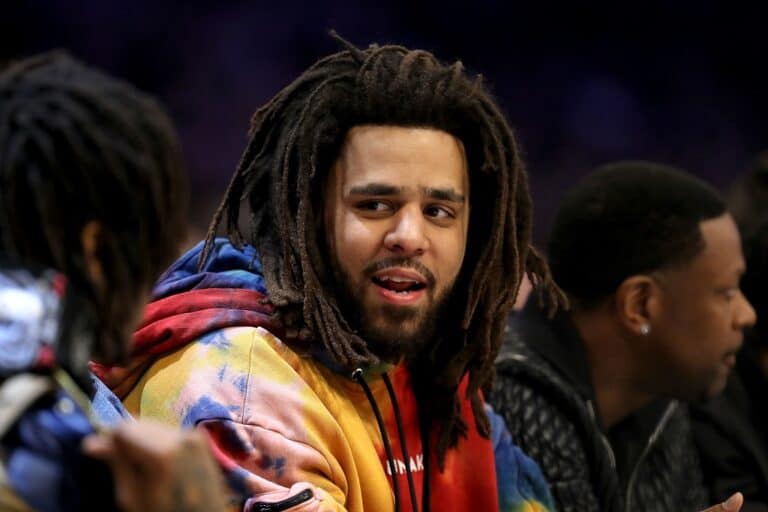 J Cole death news has been making its round of the internet. Is the rapper dead, or is it just another celebrity death hoax? Jermaine Lamarr Cole, better known as J Cole, is an American rapper and record producer. Cole has released six studio albums and various mixtapes, like The Come Up, The Warm Up, and Friday Night…

August Alsina appears to have come out as gay. Learn all about the famous rapper’s recent revelation and his new partner. August Alsina is an American singer and rapper from New Orleans, Louisiana. Alsina released his debut mixtape, The Product, in 2012, followed by The Product 2 and his first EP, Downtown: Life Under the Gun, in 2013. After…