Lauren Horn is one of the six people arrested in West Virginia for drug trafficking. Keep reading the article to know more about the case.

Six people were taken into custody during a drug bust on Wednesday night.

According to the U.S. Marshals Southern District of West Virginia, the arrests were made in conjunction with Cops United Felony Fugitive Enforcement Division (CUFFED) and the Mingo County Sheriff’s Office during a two-year-long drug trafficking investigation.

Five people were detained as members of several law enforcement agencies set out to arrest suspects on various drug-related charges late into the night and the following day.

Williamson resident Jasie West, 22, was also arrested on felony warrants related to a drive-by shooting that occurred there. 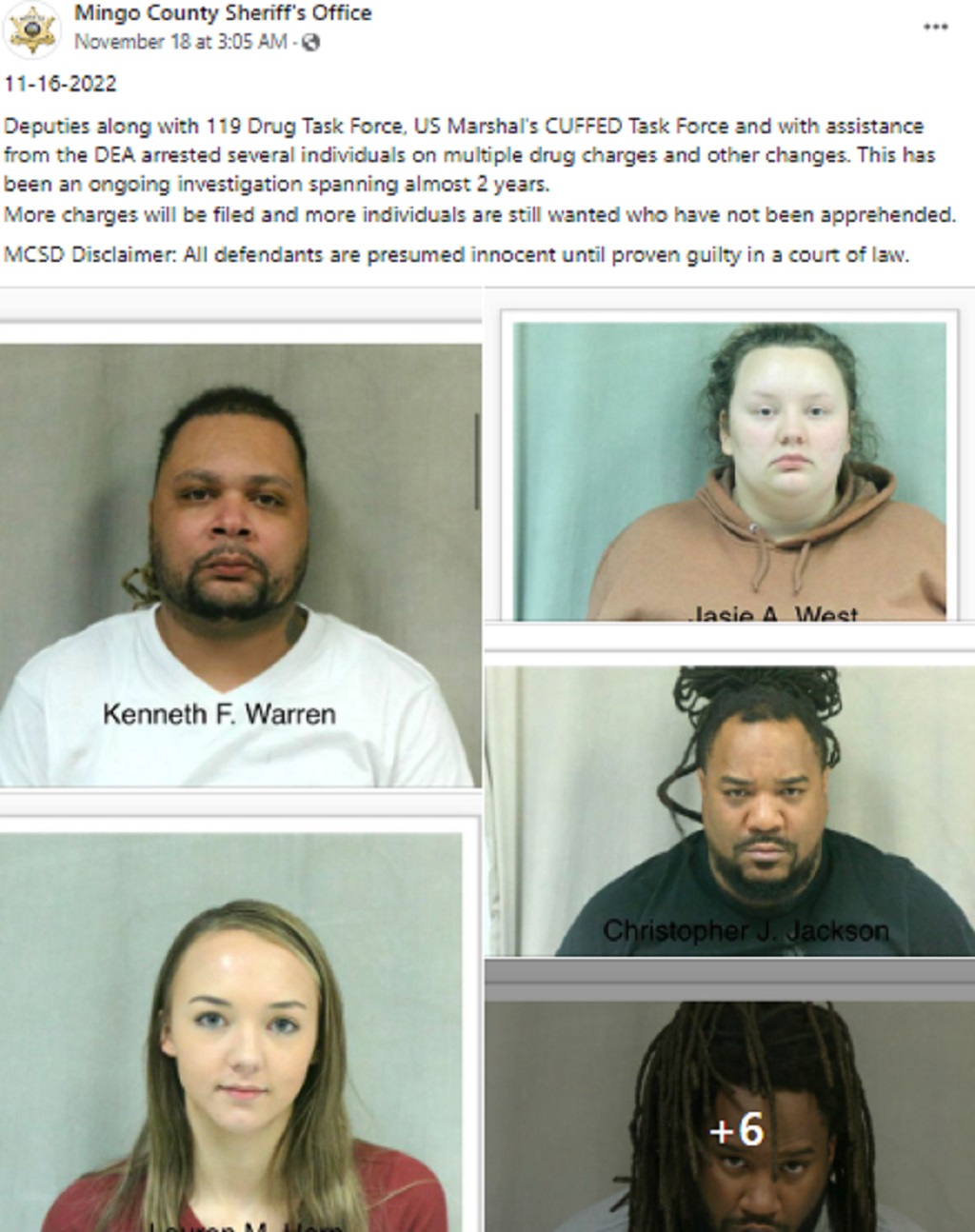 Eight ounces of methamphetamine and fentanyl, four firearms, and $14,000 in cash, according to the Marshals’ office, were found during the operation.

The arrests were made during a drug trafficking investigation, which the U.S. Marshals Southern District of West Virginia claim had been ongoing for the previous two years. The news was revealed by Cops United Felony Fugitive Enforcement Division (CUFFED) and the Mingo County Sheriff’s Office.

A drug trafficking organization operating in and around Mingo County has been dismantled thanks to efforts by the DEA, the Mingo County Sheriff’s Office, the U.S. Marshals Service, and other law enforcement organizations.

U.S. Marshal Michael Baylous for the Southern District of West Virginia said he wanted to thank Sheriff Joe Smith for supporting the Task Force. He added that the operation carried out in Sgt. Terry Toney’s honor was a prime illustration of how a Task Force can be used as a force multiplier to remove dangerous fugitives, weapons, and drugs from the streets.

As part of a years-long drug trafficking investigation that started to bear fruit late Wednesday night, the sheriff of Mingo County said he is promising the county’s residents that more arrests are on the way.

According to investigators, the drug trafficking organization has been the subject of an investigation for more than two years.

Also Read: How Old Is Wikky Thug? Youtuber Arrested With MDMA And Weapons

Sheriff Joe Smith of Mingo County expressed his gratitude for the residents’ patience and praised the case agents for their diligent work in conducting this investigation. He also stated that there would be more to come.

What Was Found In The Drug Trafficking Investigation?

During the drug trafficking investigation, authorities claimed they found four guns, $14,000 in cash, and about eight ounces of meth and fentanyl.

Following the arrests, Smith told Eyewitness News that residents of the county frequently ask him what he is doing to combat the drug use in the area.

He also disclosed that as the county’s sheriff, he sometimes gets stopped by someone asking him, “You know Joe, when are you going to do something about the drugs in Mingo County?” when he pulls into the Marathon gas station, two blocks away, to get fuel.

People also ask when they will take action against the drugs coming from Vinson Street and Williamson Street.

Also Read: Is Deandre Hopkins Arrested? Suspension News: What Did He Do?

He pleaded with them to be patient, and hopefully, tonight, some of the people we’ve rounded up off the street witnessed it come to pass.

People are wondering whether the mother of Xana Kernodle has been arrested on drug-related cases. Internet detectives are trying to determine if a particular person, allegedly being detained in Idaho on drug-related charges, is the mother of tragic University of Idaho student Xana Kernodle. Cara Denise Kernodle was listed as an inmate at the Kootenai…