People are curious to know who is the Emily in Paris series star Lucas Bravo partner in real life. Find out who the French Actor is currently dating.

Lucas Bravo is a talented French Actor and model recognized for starring in the Netflix rom-com series Emily in Paris.

In the popular series, he portrays chef Gabriel, the female lead’s neighbor and love interest.

Besides, the Alpes-Maritimes native has worked in several other movies, and series, such as Mrs. Harris Goes to Paris, Caprice, Smart Ass, and Ticket to Paradise. In addition, he has also accumulated enormous fame with his career.

If you have watched  Emily in Paris, you must know how complicated Gabriel’s on-screen love life is. But have you ever wondered how skilled performers love life in real life?

Is Lucas Dating anyone? What Is His Sexuality? Here is everything we know in regard.

Similar Story: Why Did Hyuna And Dawn Breakup? Relationship Timeline And Dating History

Lucas Bravo Partner And Sexuality: Is He Gay? Who Is He Dating?

It appears Lucas Bravo isn’t gay. Although there have been many concerns about the Emily in Paris star’s sexual orientation, no reports about the Actor’s sexuality have been published.

As a result, we couldn’t confirm it. As for his relationship status, the French native is not dating anyone, he confirmed in an interview with Glamour in 2020.

Additionally, the television star explained that his ideal relationship is cuddly, caring, and a sweet wake-up type.

In the same interview, he revealed that dating fans weren’t entirely out of the question.

Dating his co-star isn’t something Lucas would like to do. Lucas Bravo said, “once you step on set, it’s a workplace, and I want to keep it professional.”

It looks like he wants his relationship to be simple and beautiful. Dating a co-star or colleague might mix things up.

When asked about his ideal type in a partner, the Actor said, “I don’t have a type or anything, but like that instant connection.”

He explained, “there are times when you simply run into someone, look them in the eyes, and so much is spoken in an instant.

Simply, feeling secure and as though I’ve known the person in front of me for a very long time, perhaps even in a previous life or something. Primarily, I’m seeking something that you cannot see.”

Nonetheless, anyone dating the Actor will surely be among the luckiest. Let’s hope Lucas Bravo will meet his eternal love soon in the coming days and live happily ever after.

Read More: Tati Gabrielle’s Boyfriend: Who Is The Actress Dating Currently? Family And Net Worth

No, Camille Razat and Lucas Bravo are not dating in real life. The couple’s love interest is only limited to on-screen.

As mentioned above, the Actor isn’t interested in dating his colleague or co-star.

When asked who he would choose between his two on-screen love interests, Camille and Emily, Bravo explained that he’d ideally never date a co-star.

Bravo’s response was a bit tongue-tied: “It’s challenging because if we discuss myself, we must also discuss Lily and Camille as actresses.

He said he could hardly separate the fact that Camille is like a sister to him and Lily is a co-worker who just got engaged. He said while chuckling, “I would end up by myself.”

People are curious to know about Actor Sal Mineo’s death cause. In the 1950s, Sal Mineo was a well-known young Actor. In Giant and Rebel Without a Cause, he co-starred with James Dean.  Mineo found it challenging to transition to adult roles, but he went on to appear in movies like The Longest Day and… 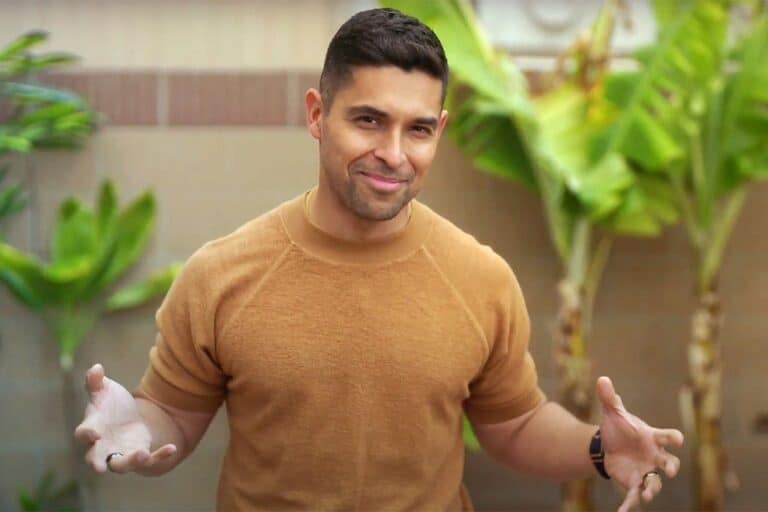 Wilmer Valderrama kids include his adorable one-year-old daughter Nakano Oceana. The American actor, producer, and television personality is best known for his role as Fez in the sitcom That ’70s Show. His other major roles include Special Agent Nick Torres in NCIS, Agustín Madrigal in Encanto, and Carlos Madrigal in From Dusk till Dawn: The Series. Explore More: Lucas Black…

Who is Matthew Sunderland wife? The New Zealand-born actor appears single and focuses solely on his career. Matthew Sunderland is a New Zealand actor, director, and writer. He has been active in the entertainment industry since the early 1990s. The talented performer is widely appreciated for his role in the 2006 New Zealand crime drama…

José Cura and Silvia Ibarra are the proud parents of Ben Cura. Learn about the Actor’s family background and net worth. Ben Cura is an Argentine-born British Actor, musician, and director. He has had a career in film, television, and theatre, and is best known for his roles in Gatecrash, Gun Shy, Creditors, and Comes a Bright Day. On…