One of the most iconic pop stars, Madonna’s net worth is $850 million.

She rose to stardom in the then-male-dominated 1980s, becoming one of the industry’s top stars by releasing one classic after the next.

Madonna is one of the world’s most successful recording artists and one of the best-selling female music artists of all time.

She was not just a music chart monster, but she also had a brilliant acting career marked by numerous awards and honors.

This pop diva and cultural icon established an entertainment legacy that will undoubtedly stand the test of time.

Madonna | Net Worth and Income

The iconic lady has accomplished a great deal in her career.

Her primary source of income is the sale of her iconic albums and the proceeds from her international tours.

Her shows sell out in seconds, and her albums have all soared to the top of the charts, shattering records along the way.

Earning From Music and Album Sales

Madonna is one of the best-selling solo artists in music history, selling over 300 million albums and having a massive effect on Billboard’s Hot 100.

Billboard rates her as the second-best artist of all time on the Hot 100, behind only The Beatles and slightly ahead of Elton John and Elvis Presley.

Her most adored album, The Immaculate Collection, a greatest hits compilation released in 1990, sold over 30 million copies.

Earning From Shows and Musical Tours

Multiple Grammy winner Madonna is the queen of live performances.

Her stadium and arena performances are a thrilling combination of pop songs, shock value, creativity, and athleticism.

So it’s no surprise that she’s been able to sell out the world’s most prestigious venues for decades.

She is the highest-earning solo touring artist in history, with around $1.5 billion in sales.

Madonna created an amazing $408 million when she started on her Sweet & Sticky Tour in 2008, just after her Confessions tour made $194 million.

In 2012, Madonna’s historic Super Bowl Halftime Show received 114 million viewers. It seemed like the audience enjoyed her performance more than the match between the New York Giants and the New England Patriots.

The queen of the melodies has performed on 11 concert tours, 19 one-off concerts, nine benefit concerts, three music festivals, and 24 award shows to date.

The Queen of Pop has also been seen in several blockbuster films.

Her all-time highest film salary was for the 1993 sexual thriller Body of Evidence.

She has also directed numerous films, which has increased her fame and fortune.

Her earnings are further boosted by several other businesses such as Maverick, Hard Candy Fitness, and Madonna’s Truth or Dare.

Madonna’s Maverick Records, which she co-founded with Time Warner in 1992, was a pivotal career move.

It earned her a $60 million advance and a 20% stake in music publishing.

Madonna’s Sex coffee table book was part of the contract. It swiftly sold out its first and only edition, selling 1.5 million copies alone in its first three days at $50 a unit.

It is still one of the world’s most sought-after out-of-print novels.

Even at 60, Madonna has no intention of slowing down, claiming that she will only retire when she runs out of creative ideas.

Madonna Net Worth  in Different Currencies

Let’s look into Madonna’s net worth in different currencies, including the cryptocurrency BitCoin.

Madonna has spent her money on various real estate properties throughout her career.

It is reported that she formerly owned roughly six separate residences in London alone.

Madonna recently paid a little less than $9 million for a site near Sintra, Portugal.

This luxurious residence is a vacation destination for Madonna, which she visits regularly with her kids.

She also has owned several properties in New York, with prices ranging from $7 million to $32 million.

Likewise, she also has a residence in Beverly Hills and a luxurious duplex in Manhattan.

The pop queen who has millions of fans following around the world is a big fan of the arts herself.

She spends a lot of money on acquiring high-end, historical paintings.

She has a collection of original paintings by artists such as Pablo Picasso, Diego Rivera, Damien Hirst, and Marilyn Minter.

Her most precious asset is one of just five Frida Kahlo paintings.

Madonna handpicks the art she wants and outbids everyone who attempts to stop her from having it.

Her art collection is believed to be worth more than $100 million.

Since Madonna lives in affluence,  she also rides in style. She loves a high-end luxury vehicle.

Madonna’s choice in automobiles is unique but impressive, and she owns a range of them.

She decided to acquire a new luxury car some time ago, and she eventually settled on a Maybach 62S.

This stunning piece of machinery is an extremely rare car, with an asking price of over $500,000.

Madonna is also proud of a fantastic BMW 7 series and an Audi R8. She even owns a sporty Mini Cooper that she drives around London in.

The evergreen pop queen Madonna’s net worth is a whopping $850 million, and she adores the finer things in life and maintains a lavish lifestyle.

She claims to stay in shape by following a strict vegetarian diet and working out every day.

Even though Madonna is in her sixties, she appears young and beautiful. She’s aging like fine wine.

Madonna is currently dating Ahlamalik Williams. Despite the age gap, the couple seems to be so much in love with each other.

The affluent woman also lavishes her loved ones with her affection and expensive getaways.

She rented a private island in the Maldives in early 2020 and enjoyed it with her boyfriend and children.

With the cost of a private island stretching into the thousands of dollars, it’s safe to say the Madonna knows how to plan a fantastic holiday.

Likewise, she has also been spotted exploring beautiful countries like Switzerland, Italy, France with her family.

The gorgeous woman has also won millions of hearts with her philanthropic endeavors.

Madonna has founded her own charity, Raising Malawi, to help African orphans and at-risk kids, as well as their caretakers.

Similarly, she collaborated with Gucci to raise donations for UNICEF and Malawian orphans. After Gucci offered to sponsor the entire event, every penny raised from the event went to a good cause.

She opened the Mercy James Institute for Pediatric Surgery and Intensive Care in Blantyre, Malawi, in 2017, naming the center after her daughter.

Furthermore, during the Covid crisis, she made a $1 million donation to the Bill & Melinda Gates Foundation‘s Therapeutics Accelerator program, which was looking for a treatment to cure or treat COVID-19.

Madonna even performed at the Hope for Haiti Now: A Global Benefit for Earthquake Relief event in January 2010.

Madonna’s blockbuster singles catapulted her to the top of numerous charts.

She quickly released “Holiday” after signing with Sire Records in 1983.

Many of her songs were considered risque at the time, while others, such as “True Blue,” “Justify My Love,” and “Ray of Light,” demonstrated the purity of a talented musician.

Some of her hit albums include Like a Virgin, Confessions on a Dance Floor, MDNA, Hard Candy, and others.

Madonna and Niki Minaj collaborated on Madonna’s 2012 hit “Give Me All Your Luvin,'” which they also performed at the Super Bowl halftime show that year.

Again in 2015, she released her album Rebel Heart, which features guest vocals from rapper Nicki Minaj for her song “Bitch I’m Madonna.”

She became the only performer in history to have 50 chart-topping singles on any of Billboard’s genre-specific charts.

The Queen of Pop is still breaking records in her 60s.

Read About Top 10 Super Bowl Halftime Shows of All Time

Although she is best recognized for her number one hit songs and albums, Madonna has also had a great acting career in a number of notable films.

She made her Broadway debut in David Mamet’s play Speed-the-Plow in 1998, playing Karen.

Madonna’s acting career highlights include 1985’s Desperately Seeking Susan, the classic 1990 documentary Madonna: Truth or Dare, 1992’s A League of Their Own.

For her appearance in the 1996’s Evita, she received a Golden Globe.

In 2008, she wrote and produced the documentary I Am Because We Are.

She also directed the British dramedy Filth and Wisdom the same year.

Since everyone knows Madonna is a brilliant fashionista, she took it a step further by designing her own apparel line for British retailer H&M.

She founded a beauty line called MDNA Skin. It seems that she is obsessed with her own music since she has given the names of her albums to her businesses.

This line of high-end skincare products is a must-have for any Madonna fan. Her beauty business earns her tens of millions of dollars each year.

Madonna has launched multiple fashion lines, including “Material Girl,” a collaboration with her daughter Lourdes Leon.

She also has a partnership with Dolce & Gabbana and the luxury perfume brand Truth or Dare.

Madonna has stretched her creativity beyond entertainment by writing books.

Her first publication was The English Roses which was released in 2003.

She has written over 20 children’s books which are well received by all the global audiences.

The most admired singer struggled to make ends meet as a dancer in New York after she moved there.

She began singing and creating captivating pop tracks with bands The Breakfast Club and Emmy.

And in 1983, she had her first major chart success with “Holiday,” a timeless synth-heavy invitation to get down.

Madonna signed with Sire Records, and her debut self-titled album, Madonna, was a huge success.

She rose from humble beginnings to become widely regarded as the greatest pop musician of all time.

One of the best-selling artists of all time, Madonna’s net worth as of May 2022 is an enormous $850 million.

Did Madonna ever have an affair with Michael Jackson?

Once there was a rumor that the pop singer had a romantic relationship with Michael Jackson. But the couple explained that they just shared a wonderful friendship, even if they didn’t always get along.

Has Madonna adopted a kid?

Yes, Madonna has adopted twins Stella and Esther Ciccone from Malawi. She adopted the kids in 2017.

What designers does Madonna wear the most?

NNet Worth
Gorgeous Canadian actress Michelle Mylett net worth is $2 million. Michelle is well renowned for her role in…
NNet Worth 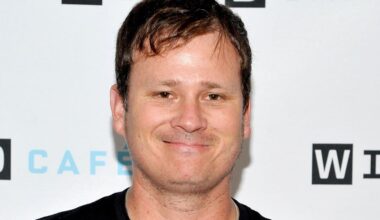 Read More
One of the pop-punk icon Tom DeLonge’s net worth, is $75 million. Tom is a musician, singer, songwriter,…