Arguably the world’s greatest singing female sensation Mariah Carey’s net worth is an incredible $300 million as of 2022.

Mariah is an American singer, songwriter, record producer, and actor.

She has sold over 200 million albums during her career, making her one of the best-selling music artists of all time.

She is the first musician in history to achieve five consecutive number one songs on the Billboard Hot 100.

Mariah Carey is one of the most well-known and wealthiest singers in the world, having risen to prominence in the early 1990s.

Do you know anything about Mariah Carey’s private life?

Mariah Carey | Net Worth and Income

Mariah Carey has been a part of the music industry for more than three decades now. As a result, she has explicitly earned enough money from royalties and song streaming.

She has one of the highest royalty rates in the industry, which is now at 20%.

Her holiday-themed merchandise, books, and special animated films also bring in a lot of cash each year.

She’s also made a fortune from television appearances and endorsements deals.

Carey managed to earn $11 million for her Walkers Crisps ad campaign in 2019.

Mariah is a gifted artist and is well aware of it. Maybe that is why she used to charge a fair bit of money when signing contracts with major record labels.

Her contract with Universal Records paid her $7.5 million per album. She took $28 million with her when her deal with EMI/Virgin Records fell through.

She was also linked to the Sony Record Label for a long period. Prior to her departure, Carey garnered approximately $250 million for the record label.

Mariah is making good money from her streaming services as well.

Recently, Mariah herself confessed that this song had reached over 1 billion streams on Spotify.

Carey has reportedly earned more than $60 million in streaming royalties over the years, which does not include money earned from album sales and downloads.

Since the late 2000s, Mariah Carey has made millions of dollars by performing in residencies.

Carey collected more than $27 million in 2015 from Las Vegas Residency.

Her ‘All the Hits Tour with Lionel Richie’ also made headlines in 2017.

Let’s take a look at Mariah Carey’s net worth in various currencies.

Her Beverly Hills Mediterranean mansion has been her West Coast residence since 2018.

She is currently renting the home from a Saudi royal for $35,000 a month, and it was formerly owned by Nicki Minaj.

Mariah rented a number of homes in the Bedford neighborhood of New York City. She was so charmed with this contemporary home that she spent the whole Covid pandemic lockdown in it.

The property also has opulent features, the most notable of which is a pool shaped like a violin.

After her 2014 divorce from Nick Cannon, she has sold many properties, including a home in Bel Air, the Hamptons, and a tri-plex in New York City.

Mariah and Nick are also trying to sell Musha Cay Resort in the Exumas, which is located on a private island. The home has been listed on the market for $5.5 million since 2015.

The gorgeous lady has a beautiful fleet of car collections, just like herself. She loves decluttering and organizing garages, much as she does her wardrobe.

Mariah got a $66,000 custom-designed bright pink Porsche Cayenne after her wedding to Nick Cannon in 2010.

Similarly, she also acquired a Rolls-Royce Phantom for Christmas the same year. The beast cost $400,000.

Her million-dollar garage comprises another Rolls Royce, which cost her $569,600.

Fashionista has an obsession with owning an exclusive brand of footwear and luggage.

She has spent a huge chunk of money on her special wardrobe. The huge closet looks like a boutique with everything on display and organized seamlessly.

Aside from the fabric room, there is a shoe room with hundreds of pairs of custom-designed, uber-expensive footwear as well as luxury bags.

The special room has limestone floors and is furnished with interesting organic curved stools.

Observing the interior of the room, it appears like Mariah has spent so much money on her fancy wardrobe.

The stunning popstar lives a luxurious lifestyle. Carey not only spends money on herself and her clothing, but she also lavishes money on her pets.

Mariah has a total of eight jack Russell terriers. She spends £28,000 per year on spa treatments for them.

She also takes all of them by private jet to the posh Paw Seasons doggy hotel in Bristol for a five-star “canine vacation.”

Maria has been married several times, but her relationships did not work out. She is the mother of two children from her former marriage.

The beautiful woman has been dating Bryan Tanaka for over five years.

Mariah shared a glimpse of her 2022 Valentine’s Day with her boyfriend Bryan Tanaka on her Instagram handle.

She also likes vacationing to the Bahamas and Aspen.

Moreover, Carey frequently shares photographs from her trips to the French Riviera, St. Barts, the Dominican Republic, and Antigua on her Instagram.

Mariah Carey’s charitable work has inspired millions of people all over the world.

During the Covid pandemic, Carey assisted Elton John in raising over $8 million for his living room concert. The charitable concert was organized to raise money for the Covid relief effort.

Her non-profit organization, the Fresh Air Fund, encourages young people to participate in the arts and introduces them to exciting career opportunities.

Carey also decided to give royalties from her hit songs “Hero” and “One Sweet Day” to charitable causes.

She is well-known across the world for her work with the Make-A-Wish Foundation, which grants children wishes who are facing life-threatening illnesses. At least for these children, she truly is an angel.

Her contribution also led to a significant $20 million donation to the United Nations World Food Program.

Carey won a Grammy Award for Best Female Pop Vocal Performance and Best Newcomer for her first album, which reached the top of the charts.

Mariah Carey’s debut album sold well over 15 million copies, proving that she was an instant hit.

Her subsequent albums, Emotions, Music Box, and Daydream, all charted at number one in the United States, and she clearly became “the most successful female artist in the music industry during the 1990s.”

Mariah has appeared in 14 films and six television series throughout her career.

Her most well-known films are Glitter and The Butler. These films drove her to prominence and provided her with a spike in popularity.

She also made an appearance in Precious, for which she was appreciated by critics as well as audiences.

Moreover, Carey has been featured in movies such as The Bachelor, The Lego Batman Movie, You Don’t Mess With the Zohan, as well as The Keys of Christmas.

The gorgeous lady was also one of the judges of American idol. Mariah Carey earned $18 million from a single season of American Idol 12.

Mariah has also proven to be a savvy businesswoman.

She has launched a line of fragrances. To date, Mariah has released 14 fragrances which have collectively earned some $150 million.

Moreover, she introduced her own Mariah Carey’s Cookies line from Robert Earl, along with her own Black Irish cream drink.

She also invested in the television industry. Mariah created and produced her own television show, Mariah’s World.

Throughout her career, Mariah Carey has had numerous memorable fashion moments.

She also flaunted designer Donatella Versace and luminaries Karl Lagerfield and Azzedine Alaa, a few of her close friends.

Popular brands like McDonald’s are eager to be associated with Mariah Carey as well.

Carey was living in Manhattan with four female students and waitressing to pay the bills when she decided to write songs.

The singing sensation was finally able to record her own demo tape, but she was yet to make money selling it to record labels.

Mariah was introduced to Brenda Starr, who was also a pop singer. Brenda was eager to help Mariah succeed in the industry.

After listening to Mariah’s demo tape, Starr presented it to Columbia Records’ president, who directly signed her.

Her music has since become some of the most popular of all time, and each of her albums has been a commercial success.

Mariah has now more number-one singles than any other solo artist, female songwriter, or female producer.

Listening to her struggling days and final rise to prominence gives goosebumps to everyone.

She is a mentor to junior artists, inspiration to struggling millennials, angel to Make-A-Wish Foundation children, and etymology of pride for fans.

Mariah Carey has a voice that has been idolized for years because of her incredible whistle notes and five-octave range. And she does it in an artistic way, but that would make most singers cringe on her vocal cords.

What is Mariah Carey’s favorite dessert?

Why are Mariah’s followers called “Lambily”?

In the year 2000, Mariah began calling her loved ones, friends, and admirers “lambs.” It began as a nickname of familiarity, but it’s been said that it relates to her supporters following her like lambs. 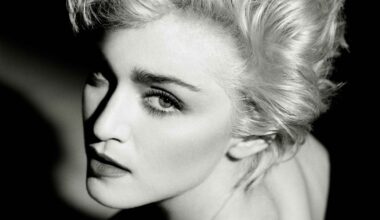 Read More
One of the most iconic pop stars, Madonna’s net worth is $850 million. She rose to stardom in…
NNet Worth
American radio-television talk show host, author, and conservative political commentator Sean Hannity estimated net worth is $250 million.…