American Congressman Matt Gaetz net worth is estimated to be $700 thousand.

Gaetz, a thirty-nine years old lawyer-turned-politician, is a well-known name in American politics.

He has built his public profile at an impressive rate with frequent media appearances on various instances.

He is Outspoken and consistent in vocalizing his loyalty to former American president Donald Trump; he is a conservative Republican.

Apart from Trump’s devout support that helped him rise swiftly to power, the good-looking politician is also backed up by money and connections.

Find out about Gaetz’s family history, net worth, personal life, and many more exciting details all in one place.

On May 7, 1982, Matt Gaetz was born in Hollywood, Florida, to Don Gaetz and  Victoria Quertermous.

Named after his great-grandfather,  Matthew Louis Gaetz II is his full name.

He completed his high school education at Niceville High School in 2000.

He then went on to earn a Bachelor of Science in Interdisciplinary Sciences degree in 2003 from Florida State University and a Juris Doctor Degree in 2007 from William & Mary Law School.

In the following year, he was successfully admitted to the Florida bar.

Gaetz is not a new name in politics. Both his father and his paternal grandfather were active politicians.

Jerry Gaetz, his grandfather, held office as the Mayor of Rugby, North Dakota, and was a candidate for Lieutenant Governor of North Dakota.

On the unfortunate day of the 1964 Republican National Convention, Jerry died of a heart attack on a live television broadcast while his son watched the TV incident.

After a career as a successful businessman, Don Gaetz turned to politics. From 2006 to 2016, he was a member of the Florida State Senate and acted as the Senate president from 2012-2014.

His mother, Victoria Quertermous, worked as a pharmacist for more than a period of 20 years.

Apart from the patriarchal lineage of politics, Matt also has had the benefit of belonging to a wealthy family.

Don and Victoria share a net worth of $29.6 million between stocks, real estate investments, companies, and personal assets.

Here are some quick facts on Matt Gaetz.

He earns a salary of $174 thousand as a member of the U.S. House of Representatives.

His net worth amount is mainly composed of real estate investments, stakes in private companies, and salary.

In 2016, he disclosed his net worth to be around $500 thousand in his personal financial disclosure.

Net Worth of Matt Gaetz in Different Currencies

Let’s have a look into Matt Gaetz’s net worth in different currencies, including the cryptocurrency BitCoin.

The house was used as the home of Truman and his family in a movie starring Jim Carrey, “The Truman Show” in 1998.

Gaetz was 15 years old at that time.

Later on, he goes on to express that the world is a stage and one must keep the act up; in his autobiographical book, an outlook he said that he got from the storyline of “The Truman Show ”.

An avid supporter of former president Donal Trump, he was labeled as “one of the most enthusiastic defenders of President Trump on cable news” by Politico.

Donald Trump posing in a selfie with Matt Gaetz.

He posted a selfie once on Twitter taken on the presidential aircraft, the Air Force One, furthering the proof of his close relations with Trump.

Back in 2018, Gaetz, along with other 18 Republican members of Congress, wrote to the Norwegian Nobel Committee also nominating Donald Trump for the Nobel Peace Prize.

The letter mentioned that the nomination was about Trump’s work to “end the Korean War, denuclearize the Korean peninsula, and bring peace to the region.”

Showing unwavering support for Trump, he seems to have picked up Trump’s attitude while dealing with accusations and criticisms.

Rather than defending himself with facts, he expresses outright denial and general statements of his intentions with a volley of blame back at the critics.

While not many details of the lifestyle of the political figure are known to the public, he has been frequenting the headlines due to allegations of drunk driving, sex trafficking, and similar incidents.

He was once called one of Congress’s “most controversial members” and is a self-acclaimed “fun-loving politician.”

In 2008, he was taken under arrest for having been driving under intoxication.

While there were accounts that suggested otherwise, he steadfastly denied that he was drunk and was eventually exempted from any charges.

He is currently under a legal investigation by the Department of Justice for having violated the federal sex trafficking laws.

There are allegations of him being in a sexual relationship in 2019 with a 17-year minor girl.

Furthermore, some members of Congress have claimed that Gaetz had shown them nudes of his sexual partners on his phone in April 2021.

The Federal investigation on Gaetz encompasses examining whether he used campaign funds in his private luxury expenses.

Amidst all this, he has denied all the charges and blamed anti-nationalist forces for conspiring against him and his family.

Despite the serious charges against him, he refuses to resign from Congress.

In another revelation, Gaetz has recently shared that his Cuban ex-girlfriend’s brother has been living with him, and their relationship is that of a father and a son.

However, they have not gone through any legal adoption process.

Gaetz’s autobiographical book titled “Firebrand: Dispatches from the Front Lines of the MAGA Revolution” was published in September 2020.

In the book, he talks about his life as a politician fighting for the cause of “Making America Great Again.”

But, despite the seemingly serious title, he also treads on lighter topics of his fun social life in the capital in the pages.

After getting admitted to the Florida Bar in 2008, he worked as an attorney in Keefe, Anchors, Gordon, and Moyle, a law firm in Fort Walton Beach.

Only three years after graduating from law school, Gaetz started his political career in 2010 when he ran for office in the Florida House of Representatives.

Raising almost $480,000 during his election campaign, he beat his opponent candidate narrowly.

He then competed to represent Florida in the federal elections in 2016.

Assuming office as a Member of the U.S. House of Representatives, he has been serving as a lawmaker from 2017 till the present.

Gaetz has been dating 26-year-old Ginger Luckey since early 2020.

They had been seen traveling together on several occasions.

At the end of the year, Gaetz proposed, and she accepted.

The first meeting, as well as the proposal, reportedly took place in Donald Trump’s Mar-a-Lago resort.

Ginger Luckey is the sister of Palmer Luckey, the founder of Oculus VR and a former Facebook Executive.

When is Matt Gaetz getting married?

The auspicious day as to when the duo would tie the knot is yet to be announced but will be reported before 2024.

What does his girlfriend do?

Gaetz’s Fiance is currently working as a food analyst in California and is enrolled in an online Harvard Business Program.

NNet Worth
Gal Gadot has a net worth of $30 million as of , and is an Israeli actress, producer,…
NNet Worth 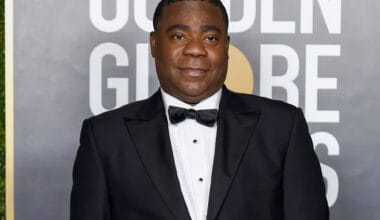 Read More
One of the outspoken comedians in stand-up history, Tracy Morgan’s net worth is a staggering $70 million. Tracy…