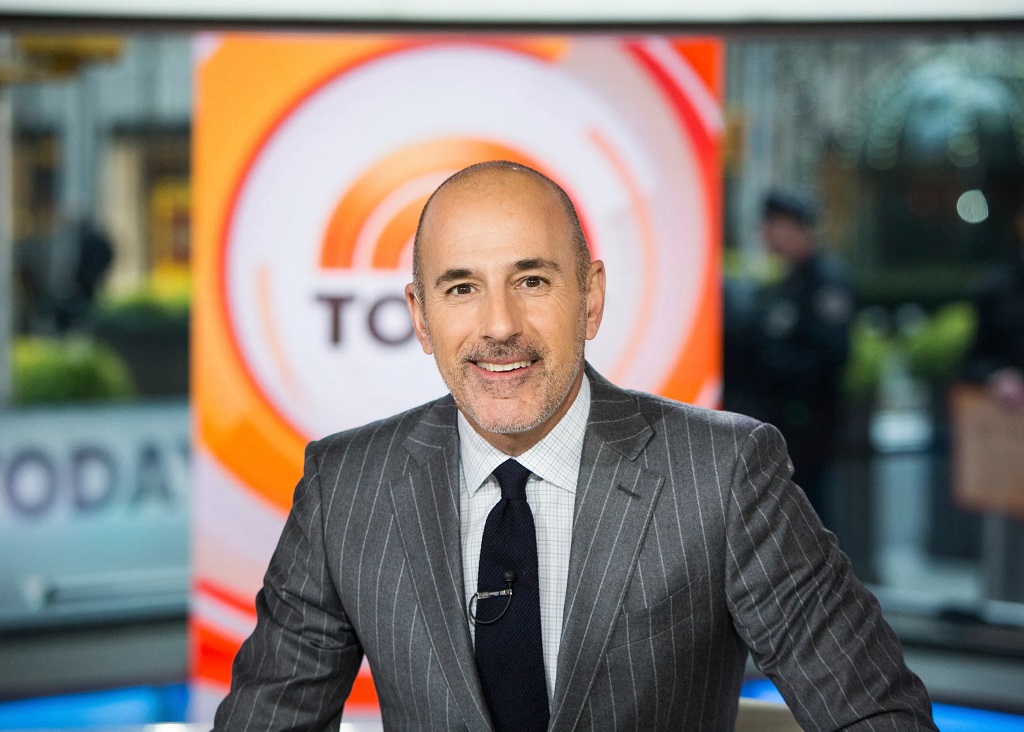 Matt Lauer controversy and scandals pouring in since 2017 have been coming up on the internet lately.

American former television newscaster Matthew Todd Lauer is most known for his work with N.B.C. News.

His time as the news anchor for The Today Show from 1994 to 1997, following his time as a local news presenter for WNBC in New York City, gave him his first big exposure on the national stage.

Also Read: What Happened To Tiffany Cross Health And Where Is She Now?

The network also stated that it had “reason to believe this may not have been an isolated incident.”

After a female N.B.C. team member who shall remain nameless claimed that Lauer had sexually harassed her during the 2014 Winter Olympics in Sochi, Russia, Matt continued harassing them after they returned to New York, N.B.C. News announced on November 29, 2017, that Lauer’s employment had been terminated.

N.B.C. News chairman Andrew Lack delivered a memo to his workers that included the following: “We received a detailed allegation on Monday night about Matt Lauer’s inappropriate workplace behavior from a coworker.

Although there has never been a complaint about his behavior in the more than 20 years he has been at N.B.C. News, there are some indications that this may not have been a one-off occurrence.”

Because Lauer was let go “for cause,” a network executive stated he wouldn’t get paid in any way. His contract was supposed to last through the end of 2018.

According to N.B.C. News management, the New York Times and Variety were looking into Matt Lauer’s behavior independently, but they were not aware of any prior accusations against Lauer.

Later reports refuted this; Linda Vester, a former N.B.C. News correspondent, claimed that management had to be mindful of Lauer’s danger and that “everyone knew” this.

In his 2019 book Catch and Kill: Lies, Spies, and a Conspiracy to Protect Predators, Ronan Farrow cited several sources that claimed that N.B.C. News was not only aware of Matt Lauer’s misconduct in advance but that Harvey Weinstein also used this knowledge to pressure the program into killing a story that would have exposed his sexual assaults.

At least ten of Lauer’s present and past coworkers have made claims, according to Variety. The following days saw the public disclosure of more allegations. From 2000 to 2007, N.B.C. recognized three further incidents.

Brooke Nevils, who claims Lauer sexually assaulted her in his hotel room while the two were in Sochi covering the 2014 Winter Olympics for N.B.C., is one of the claimed victims, as revealed by Farrow in Catch and Kill.

Nevils described her subsequent sexual sessions with Lauer as “transactional,” She only agreed because she was afraid that Lauer would exert control over her career. Farrow also claims in his book that Nevils had other sexual relations with Lauer following the initial event.

“Some of what is being stated about me is inaccurate or mischaracterized, but there is enough truth in these reports to make me feel embarrassed and humiliated,” Lauer wrote in a statement following his dismissal.

Lauer wrote an open letter stating that he had a consensual relationship with Nevils and that it began in 2014 in Sochi but denied that the initial meeting was not consensual in response to Nevils’ claim of sexual assault that was revealed in Farrow’s book.

Also Read: Has Judy Woodruff Retired? Who Will Replace Her- Family And Ethnicity

A former Today production assistant named Addie Zinone presented a new complaint about a consensual sexual encounter she had with Matt Lauer in June 2000, two weeks after Lauer was fired.

Because Zinone thought that refusing Lauer’s approaches would have harmed her career, she called the relationship an “abuse of power” on Lauer’s side.

Farrow claims that Melissa Lonner, the Today show’s booker, asserts that Lauer exposed Matt to her in 2010 at an N.B.C. cocktail party. He disputes this assertion and, according to his attorney, “he will not participate in the book’s circus-like marketing campaign.”

Is Matt Lauer Arrested? What Happened To Him?

After being fired from the Today show in November 2017, Lauer reportedly holed up in his Hamptons home, which is currently for sale, and “focused on family.”

Page Six states that Lauer and Rocque filed for an uncontested divorce in July 2019 and that a Suffolk County Supreme Court judge granted the divorce in September of the same year. It had been over two years since the pair had been apart.

The article at the time said that Lauer would give Roque up to $20 million in the event of a divorce and that she would keep possession of the horse farm they shared in the Hamptons.

Following the divorce’s conclusion, Lauer allegedly started dating marketing and P.R. professional Shamin Abas. Shamin and Matt have been friends for a long time because they spend a lot of time in the Hamptons, “According to a source close to Lauer, Page Six.

“She is a beautiful woman, and they just started dating. Several media outlets reported that they spent the holidays at his New Zealand home.

Is Haley Harrison leaving KMBC? Viewers have been asking this question following confusion about her future at the station. Haley Harrison is an Emmy and Murrow award-winning news anchor, reporter, and documentarian. She currently works at KMBC-TV, Hearst Corp., based in Kansas City, United States, and is known for her commanding yet approachable delivery.  Read…

Rumors are spreading regarding Jane Moore divorce. However, they intend to sell the family residence in January and buy separate properties “close to one another” in 2023. The Loose Women star revealed to her co-hosts on Wednesday that she still lives in the same House as Gary, her “best friend,” and their three daughters, Ellie,…