Liz Parnov is the second eldest daughter of Alex and Nadia Parnov. She is a prominent pole vaulter with many records already to her name.

The Russian-born Australian athlete competed in the pole vault and qualified for the 2020 Tokyo Olympics.

Parnov registered her best height of 4.4m which meant that she was 12th in her qualifier. She was eliminated from the qualifiers in controversial circumstances as the rain tumbled.

She won a silver medal at the 2011 World Youth Championships in Athletics held in Lille, France.

Her personal best of 4.50 meters, achieved at Perth in February 2012, is the Australian under-20 record.

Find Out: Who Are Tiktok Star Ali Spice Parents Jimmy And Tamara Dulin? Family And Net Worth Before Death

Elizaveta “Liz” Parnov was born in Moscow, Russia, to her parents, Alex and Nadia Parnov. She comes from a family of athletes, particularly pole vaulters.

Likewise, Liz’s mother, Nadia, is a former track hurdler, and her parents were both star Olympians — Father Valentine Tchistiakov and mother Natalia Pechenkina.

The former competed at the 1964 Tokyo Olympics, while the latter won the bronze medal for the then-USSR in the women’s 400m at the 1968 Summer Olympics.

Similarly, Liz is the niece of Tatiana Grigorieva, who won the silver medal for Australia in the pole vault at the 2000 Summer Olympics.

The Parnov family moved to Australia in 1996 when Liz was two. She began competitive pole vaulting at age nine when she vaulted 2.65m.

In 2010, the Russian-Australian competed at the first Youth Olympic Games, winning silver after jumping 4.40m.

Their eldest daughter, Vicky, was the first to catch a pole vault obsession. The 32-year-old, the current Australian national champion, was inspired by her aunt Grigorieva.

Vicky was only 10 when she started and went on to become a youth world champion and jumped for Australia in the 2006 Melbourne Commonwealth Games at age 16.

Next in age is Liz herself, followed by 19-year-old twin girls, Natasha and Alla. The latter grabbed respective gold and silver medals in the national under-15 titles.

The Parnov sisters have the inbuilt competitive nature of their family. They had a moment where Alla was told Vicky would retire the day the twins started jumping as high as her.

Alla took on the challenge, saying, “You’ve got to work hard to get to where they are because they are so good. But if she (Vicky) said that, then bring it on.”

Competitiveness is so inherent among the sisters that Vicky’s best of 4.40 meters, once the Australian u-20 record, was tied by Liz in April 2010 and then surpassed in February 2012.

Liz Parnov has a net worth of $5 million per All Famous Birthday. However, the figure is yet to be verified by an official source.

The talented athlete won a silver medal at the 2011 World Youth Championships in Athletics.

Likewise, Liz was the winner of the 2010 Oceania Youth Championships held in Sydney, Australia.

Also Read: Jack Eichel Health Update: When Will He Return And What Happened To Him?

Her record of 4.50 meters, achieved at Perth in February 2012, stands as the Australian under-20 record.

Tim Stutzle Salary is a topic that has managed to entice the younger generation as they are dying to figure out how much he earns.  Ever since Tim’s professional life took off, there have always been questions about his personal life, Tim Stutzle Salary, marital status, and net worth. With this article, we will try… 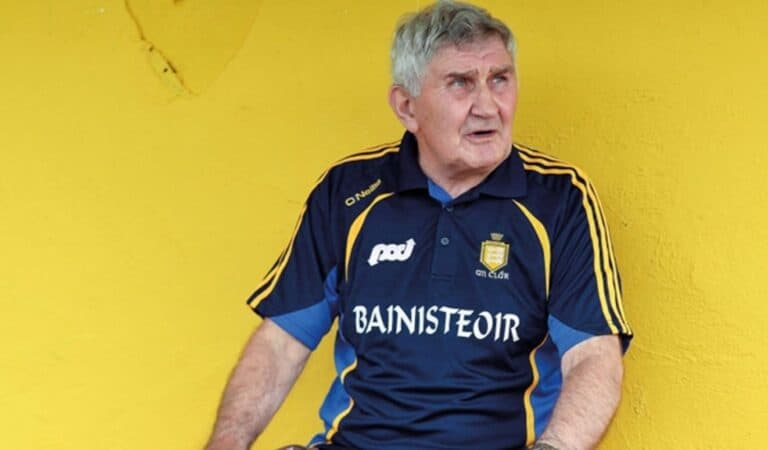 The news about Mick O Dwyer tidying the knot at 86 has been getting viral since January 20. After the news has been out, a different topic has been discussed; please learn about Mick O Dwyer illness through this article.  O Dwyer is a retired football manager and former player; he retired as a player…

People are curious to know about Chad Kelly’s wife, as he married his ex-girlfriend Nicole Bell.  American quarterback Chad Patrick Kelly plays for the Toronto Argonauts of the Canadian Football League on the gridiron (CFL). At Clemson and Ole Miss, he participated in collegiate football. He was the Mr. Irrelevant of 2017 after being taken…