Miami International Airport became the scene of an angry outburst as a 25-year-old woman threw a computer monitor at an agent.

The incident at MIA amid the holiday travel rush has gone viral on the internet as more people want to find out what went down.

Camila McMillie, who was at the airport’s American Airlines counter after missing her connecting flight to NYC, is the accused woman who hurt a worker.

The incident occurred on Tuesday, December 20, shortly after the woman screamed at the American Airlines staff in the middle of a crowded gate area.

She is now in custody and facing criminal charges. The holiday season sometimes makes us do crazy things!

Camilia McMillie of Birmingham, Alabama, raged and threw a computer monitor at an airline agent at the Miami International Airport.

According to investigators, McMillie was at MIA for her connecting flight from Alabama to New York City.

She checked in to the gate after being rebooked for missing her previous flight.

The 25-year-old erupted in the middle of gate D-39 (American Airlines) after realizing her kids had walked away without telling her, per the Miami-Dade Police arrest report.

Police said she became furious and started to yell, demanding the gate agent find her children.

They reported that McMillie took the boarding pass reader from the counter, damaged it, and threw the monitor at the agent.

It turned out that her two children had gone to the restroom without informing her.

“While the subject was with the gate agent, her two minor children walked away without notice to use nearby restrooms,” Police said.

“Once the subject noticed the children were not with her, she became irate and started to scream, demanding the gate agent to find her children,” they added.

She reportedly bruised the agent’s left shoulder and caused about $10,000 in property damages.

A U.S. Customs and Border Protection officer detained the accused at the airport’s North Terminal’s Concourse D at about 11:30 am, and the Police took her to jail.

Also Read: Franco Harris Illness Before Death: What Happened To Him? Did He Pass Away From Cancer?

The video of the Miami International Airport incident, which became viral, garnered around 500,000 views and 15,000 likes within three hours of posting.

The reel came as airports brace for a hectic holiday travel period going into Christmas and New Year’s. Airports are anticipating another record-breaking holiday travel season.

The video, posted on Only in Dade’s Instagram, shows the woman, 25-year-old Camilia McMillie, screaming in the middle of a crowded American Airlines gate on Tuesday (December 20) morning.

Stunned onlookers gasp in horror as the lady throws the computer monitor, which crashes into the airline worker. The agent somehow manages to keep her cool amid all the chaos.

It shows McMillie taking her anger out on the agent, lifting the computer monitor from the counter, and throwing it at her.

American Airlines responded that they are working with law enforcement in the investigation.

“Violent acts against our team members are not tolerated by American Airlines, and we are committed to cooperating with law enforcement in their investigation,” they said.

“Our thoughts are with our team members, and we are ensuring they have the support they need at this time,” the airline further mentioned.

Find Out: Sonya Eddy Illness Before Her Death: Did General Hospital Actress Die Of Cancer? 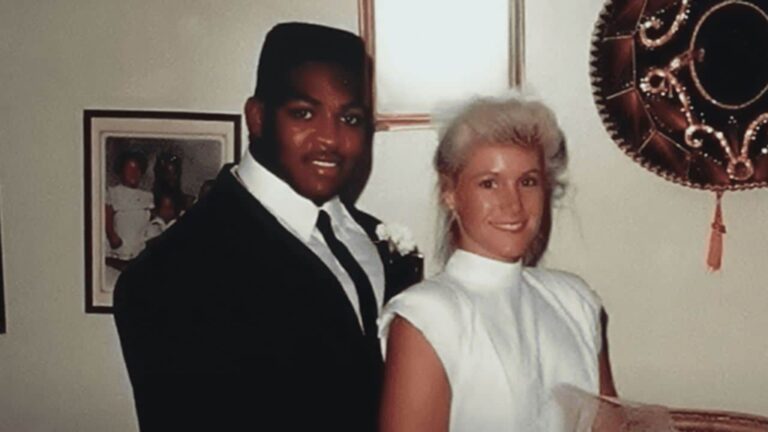 Not-so-famous personality Kenra Gail Licari made headlines, recently in December this year. Was Michigan Mom Catfishing Daughter? Let’s investigate. In late December, Michigan Mom, Kenra Gail Licari, was accused of catfishing her daughter in a harassment scheme. She tried to frame a classmate.  For her act, Kenra faces five charges, including stalking a minor.  Concerned…

Amy Gilly is suspected of engaging in sexual contact by allowing a 15-year-old guy to touch her, according to the arrest warrant. A Hale Center instructor has been arrested on suspicion of having an inappropriate connection with a pupil. According to the Hale County Sheriff’s Office, Hale Center ISD Superintendent Steven Pyburn told a school…