Mike Leach is no more with us. Let us find out if the famed coach had any illness or health issues before death.

The American college football coach served as the head coach at Mississippi State University from 2020 to his death in 2022.

Mike Leach, who was in a Jackson, Mississippi, hospital for treatment of health issues, died on December 12, 2022, at 61.

Leach was hospitalized on December 11, 2022, after experiencing a “personal health issue.” The same evening, Sports Illustrated reporter Ross Delenger stated that Leach was in critical condition.

Subsequently, The Clarion-Ledger in Jackson, Mississippi, reported that he had suffered a massive heart attack and had not received medical attention for 10 to 15 minutes before EMTs used a defibrillator to restore his normal heart rhythm.

Their sources mentioned that the football coach had also suffered seizures which could have contributed to brain damage.

Two days later, on December 13, 2022, Mississippi State stated that Mike Leach had passed away the night before “from complications due to a heart condition.”

The Associated Press said that the head coach had pneumonia late in the season, but it was uncertain if the illness was related to his hospitalization.

His school said on Monday that Mike’s family was with him and appreciated the love and support for the coach, but also requested fans to respect the family’s privacy at the time.

Find Out: Are Damien Harris And Kevin Harris Related? Family Tree And Net Worth Difference

Mike Leach Is Survived By His Wife, Kids, And Family

Mike Leach is survived by his wife, Sharon, and their four children, Cody, Kim, Kiersten, and Janeen. They also have three grandchildren.

His Father was a forester, and he moved the family around many times while Mike was growing up. They finally settled in Cody, Wyoming.

Mike was the oldest of six siblings, including younger brother Tim.

The Leach family are members of the Church of Jesus Christ of Latter-day Saints, i.e., they follow the Mormonism religion.

Mike graduated from Cody High School in 1979, where he played football for over three years. He was recruited to play at Brigham Young University in Provo, Utah.

An ankle injury sustained in high school forced him out of college football, and he played rugby instead.

However, he stayed close to the football program and graduated with a bachelor’s degree in American studies in 1983.

Three years later, Mike earned a Juris Doctor (JD) from Pepperdine University School of Law in Malibu, California, and a Master’s of Sports Science in sports coaching from the United States Sports Academy in Daphne, Alabama, in 1988.

Fans are mocking Bruno Fernandes’s teeth. He is a Portuguese professional football player. He is recognized for his ability to score goals, create plays, set an example, give penalties, and work hard. On August 27, 2022, Fernandes scored his first goal of the year, sending the ball in the game’s only goal in a 1-0…

Wilton Sampaio is rumored to be fired after the England vs. France quarterfinal match. Learn the truth about the referee’s situation. Wilton Pereira Sampaio, a Brazilian football referee, has been on FIFA’s list of international referees since 2013. He has refereed four matches in Qatar’s ongoing FIFA World Cup 2022, including the quarterfinal game between…

Trevor Lawrence Kids are not born yet, which supports the fact that he has no children. Trevor is an American football quarterback for the Jacksonville Jaguars of the National Football League. As a freshman at Clemson, he won the 2019 National Championship Game and set the school’s record for quarterback wins. One of the best… 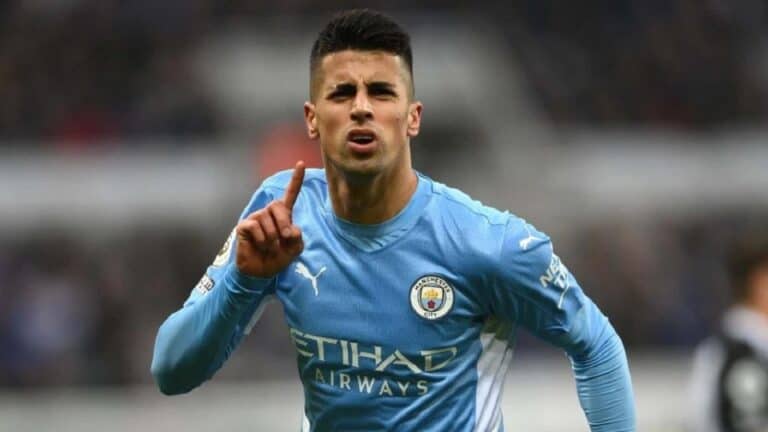 People searching for Joao Cancelo Tattoo as player fans are curious to know the meaning behind his tattoo. Joo Pedro Cavaco Cancelo is a Portuguese professional footballer who plays for Premier League club Manchester City and the Portugal national team as a full-back or wing-back. He began his career as a junior player with Benfica…