Home 20 Most Expensive Coffees in the World 2021
TTop List

Do you have caffine addiciton? Have you ever wondered what are the most expensive coffees in the world and what they taste like?

From different plantations around the world including Hawaii, Thailand, Brazil, Kenya, and Panama, you’ll be surprised by the prices of this unique and delicious beverage.

Here is the list of the most expensive coffee in the world as of 2022.

Most Expensive Coffees in the World as of 2022

The list and figure below have been compiled from verified sources such as Wikipedia, and The Coffee Wave.

Hawaiian Kona is cultivated at roughly 2000 feet above sea level on the lush slopes of the Mauna Loa and Hualalai volcanoes on Hawaii’s Island.

The coffee has a delicious flavor and unique tastes, resulting in one of the most expensive coffees in the world.

The expense of labor is the primary reason behind its high cost. The greater the size of the bean, the higher the quality of Kona Coffee.

Coffee is recognized for its rich but light and delicate taste with a complex scent.

It barely accounts for roughly 1 percent of all coffee consumed worldwide, and with the scarcity of its beans, we can realize why it made on the list of the world’s expensive coffees.

Kenya is recognized for producing some of the world’s best coffee beans.

They are unique coffee with a fruit and berry taste that should not be missed by any coffee enthusiast out there.

Despite the farm’s tiny size, it is famous for its silky smooth body and richness, making it one of the most expensive coffees in the world.

The coffee is of high quality as it is cultivated at 5000 feet in the Mountains below Mt. Kenya, resulting in one of the nations’ top-grade beans.

If you want to taste it get ready to pay $37 per pound.

Finca Los Planes is a coffee that you should definitely taste at least once in your life.

The coffee is grown by Sergio Ticas Yeyes’ family and is one-of-a-kind that took 2nd and 6th place in the Cup of Excellence in 2006 and 2011, respectively.

It has two popular tastes, which are brown sugar strings and tangerine with Carmel.

Even if the price appears to be expensive, it’s no doubt coffee lovers are willing to pay because of the sweet aroma of the beverage.

Along with its flavor and aroma, it is one of the most expensive coffees because it grows higher and requires great attention.

As a result, the mild acidity will leave you wanting more with each taste.

Pound for this costs about $40.

This exceptional coffee is cultivated at altitudes ranging from 1400 to 200 m above sea level in Mataquescuintla, Guatemala.

With high altitude, it is no doubt it has high quality. It proved itself when it received the world’s second-highest price paid for the Cup of quality coffee anywhere in the world in the Cup of Excellence Competition in 2014.

Because of its enormous popularity in Asia, coffee is tough to find in the United States.

It’s famed for its rich body, chocolatey berries, sweet, creamy, and citrusy undertones when it comes to taste qualities.

It will set you back about $44 per pound.

One of Latin America’s leading coffee-producing countries has to be Guatemala.

Coffees from Guatemala have a subtle, floral, and sweet taste due to their high altitude plantations.

El Injerto is even special because they are grown in the mountainous region of Huehuetenango.

“Finca El Injerto” received the highest price of Cup of Perfection Coffee in 2013 sale with almost $1,03,000 paid per lot.

Koreans and Japanese purchased almost 90% of the top 10 lots in Cup of Quality which pushed the prices even further.

The coffee will cost you about $45 per pound.

La Mesa Farm in Costa Rica received the fourth-highest price paid for the coffee in the Cup of Excellence competition. It is primarily famous in Japan and Taiwan.

It is such a small company that it doesn’t even have a website or sales agent other than its farmer.

The coffee has an incredibly sweet and fruity aroma.

If you want to taste it get ready to pay $50 for a pound.

Finca San Nicolas earned the second-highest price in the Cup of Excellence contest. 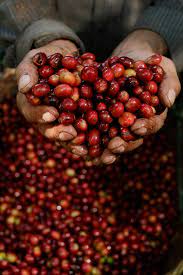 The coffee has rich chocolate with orange grapefruit, cranberry almond flavors which have strong winey fruit acidity, and a silk cream mouthfeel which is why everyone loves it.

A pound of Finca San Nicolas will cost you about $50.

The coffee is well-known for its mildness, light body, and subtle floral taste variations. It has a rich Arabica taste with a substantial body yet exceptional malty taste, similar to Kopi Luwak.

Fazenda Santa Ines has been produced for almost a century along the base of the Mantiquera Mountains in Brazil.

Coffee is consumed by a vast number of individuals all around the world which shows its popularity.

The Zesty flavor is prominent, but it also has a delicate texture and contains a range of detectable fruits that appeal to most coffee lovers worldwide.

It received 95.85 points out of 100 in the Cup of Excellence making it one of the most expensive coffees in the world to date.

A pound of Fazenda Santa Ines costs about $50.

As its name suggests, the coffee is grown in Jamaica Blue Mountain at the height of 5000 feet with an abundance of rainwater.

The coffee is delicious and the rarest in the world because of its favorable growing environment as well as low supply in comparison to the market demand.

It has a strong smell, lovely mild acidity, well-balanced taste with earth roots, and banana, rosewood, and walnut taste hints.

So, its sweet and moderate balanced flavor, makes it one of the expensive coffees in the world with a pound costing $50.

The coffee has a unique Geisha flavor with vanilla, blackberry, citrus acidity, creamy texture, and a refined aftertaste.

Las Margaritas farm has a magnificent land altitude ranging from 1450m to 1800m above sea level.

It believes in providing high-quality coffee.

The coffee has been described as a “coffee miracle” by Barrington Coffee Company and Metropolis Coffee.

A pound of Las Margaritas will set you back $51.

The coffee grows and is harvested on the island of Molokai, which has a great climate.

Molokai has a unique taste profile, combining a solid coffee with blackberry and chocolate undertones.

Since it is 100 percent Molokai, it is one of the rarest coffee in the world.

Moreover, to its excellent growing condition, another reason to hike the price tag of coffee might be the coffee-making skills.

The coffee costs about $51 per pound.

Saint Helena Coffee has gained popularity among coffee lovers worldwide over the past decade, captivated by its unique quality and distinctiveness.

The coffee has a unique quality and tradition since it is a single variety of Arabica beans known as Green Tipped Bourbon Arabica, rather than a pure Arabica coffee.

With the quality and uniqueness of Saint Helena coffee, it remains popular among coffee lovers and has also received attention from Starbucks, one of America’s most prominent multinational chains of coffeehouses.

Its taste is well-balanced and straightforward with a light to medium body, the delicate aftertaste of citrus, and prominent floral characteristics.

Saint Helena will set you back about $79 a pound.

The coffee is well-known for its mildness, light body, and subtle floral taste variations.

It has a rich Arabica taste with a substantial body yet exceptional malty taste, similar to Kopi Luwak.

Hacienda el Roble is a coffee estate in northern Colombia that produces one of the world’s rarest and most expensive coffees.

It has 100 percent Arabica coffee beans that are rich, smooth, and medium-bodied, and medium roasted.

With a great coffee-growing location, it produces just 22 kg of coffee per year.

Its taste composition is believed to contain flowery overtones with hints of mango and peach and is excellent for making espresso and drip coffee.

The company was founded in 1835 by two brothers who supposedly fled from jail. Thus the coffee beans are not only colorful but also have an exciting history.

It is Arabica Typica coffee, and its whole beans are bright and fragrant, with a rich and nuanced flavor of chocolate, cherries, coconut, and almonds.

No doubt it has been popular among coffee lovers with the refreshing wine-like aftertaste.

Kopi Luwak is also a “Civet Coffee” because it is made from cat feces. Don’t you feel amused knowing how people believe it to be nutritious, even after knowing it is a civet’s feces?

It is a drink of the elite, and about the flavor of Kopi Luwak, it is primarily earthy and musty, not salty at all, and has a pleasant aroma.

Some of you might aks is it safe to drink?

Despite the fact, that the beans are collected from feces and contain bacteria, they are absolutely safe to drink because the finished product is processed and does not contain any toxins or bacteria.

Speaking about Hacienda La Esmeralda, it is a coffee manufacturing enterprise owned by the Peterson Family. In addition, it was awarded the Panama Cup during the Best of Panama 2019 awards event for the second time.

They have natural and washed processed coffee flavors like Jasmine, bergamot, and fruits that yield a clear, balanced, sweet cup.

They are only available at Esmeralda Special Auction.

As said, it has a balanced and sweet cup. It also has a zesty citrus flavor with intense, rich floral notes, cinnamon spice, fruity and fresh-cut cup taste.

On number 2 we have Finca El Injerto coffee, because of the use of unusual, rich, tiny beans, which is one of the reasons for its expensive price.

It is a popular drink among coffee lovers worldwide. Despite its outrageous price of $500 per pound, it has a sweet and rich berry taste.

Moreover, the Injerto uses land with abundant mineral and non-vulcanic soil with an average rainfall of 1600 mm and a temperature of 22 degrees Celsius, which is excellent for making Specialty coffee.

Black Ivory Coffee is the rarest coffee in the world with annual sales of approximately 215 kg and is mainly marketed to 5-star hotels.

The Golden Triangle Asian Elephant Platform in Thailand sells this coffee. The money generated from the sales is used to help the Foundation’s shelter for 20 saved elephants.

33 kg of raw coffee berries are required to produce just a kg of coffee which is why it has a high price.

Unlike Kopi Luwak which is made from cat feces, Black Ivory is derived from elephant’s stool.

It has chocolate, tamarind undertones, and spices with a hint of grass but without the burnt or bitter flavor of ordinary coffee.

This is the most expensive coffee in the world with a pound costing $500.

12 Of The Scariest Rides In The World

TTop List
Guitars are popular instruments for music production and Instrument players. People love them for their accessibility also how…
TTop List
Have you ever questioned yourself, who might be the most evil people in the history of humankind? Over…