Home 20 Most Expensive Foods in the World
TTop List

20 Most Expensive Foods in the World

20 Most Expensive Foods in the World

Have you ever thought about how expensive foods can be?

The price of foods differs based on their taste, quality, and place being offered.

But at this time, we will talk about the taste of delicacies and the price we need to pay.

Obviously, to a food lover, price doesn’t matter if it impresses the palette.

However, in this article, we will be discussing the most expensive foods in the world, which will surprise you.

So gear up to read about the costliest foods that could be harder to get even in a bit of amount.

Let’s dive in for more information!

This list of the expensive foods item and figures is prepared based on studying various sources around the web like Wikipedia, Wealthy Gorilla, BBC Radio 4, and India times.

On the 20th number of our list, we have Oysters, a famous delicacy from the beginning.

Previously, it was essential to the Greeks, who became the first to cultivate oysters.

This food item was commonly available in working people’s houses; however, it became a choice of wealthy people after some years.

Moreover, they are popular in dining of top restaurants available at $50 to $100 per dozen.

In this number is a pricey dish made up of duck or goose liver.

This dish comes from animals that are flattened ten times more than their actual size.

Although the dish is full of tender, mouth-watering taste, an animal pays the price.

Furthermore in some country government laws are enforced to ban such illegal practices.

However, in some countries, it is still in practice and people are selling them at the price of $90 to $110 per pound (lbs).

Another, costliest seafood in the world falls on the group crustaceans and is known as “Percebes.”

These are native to the eastern Atlantic, with the stem as an edible part. Its edible part is served with bay leaf after boiling in saltwater.

Likewise, surviving on the rocky coast- the more exposed to the bottomless sea and heavy tide, the tastier, thicker, and meatier.

The popularity of this dish is widespread in Europe, with the price of $125 per pound (lbs).

Fugu is the first Japanese dish on this list as the expensive food in the world.

This dish can shock you because it is not only appealing but also dangerous to have.

It is prepared with “Fugu- Globefish,” which can be a lethal dish if not cooked properly.

Only a trained chef with experience of one to two years are allowed to cook it.

Therefore, check it out properly before you rush for a bite.

The price of such a breathtaking food item is about $135 per pound (lbs).

This number has a particular food item for all the steak lovers. It is made up of Japanese cow meat named –Wagyu referring to four leading breeds of it.

The meat is valued at the price of $200 per pound (lbs) because of its fatty, juicy texture.

Moreover, a strict rearing method of the cow is involved in the process of making it.

That results in the proportional division of cow’s fat to the whole body.

It is regarded as a King of meat.

Similarly, we have another meat item that is prestigious and expensive at the same time.

Iberico ham is a cured meat from Spain and Portugal that uses Iberian pigs.

The pigs are fed with acorns in the oak forest at the final phase of their life.

Eventually, these hams are cured for 36 months. The curing process determines the quality and taste of this meat.

With this long-term process, the meat is served at the price of $392 per kilogram (kg).

You might have eaten a lot of Vanilla ice cream?

That is why it undoubtedly makes it hard to believe that you are eating one of the most expensive food.

Derived from an orchid with the genus “Vanilla,” its flowering stage remains for 12 hours in months with a lower pollination rate.

As a result, it is among a rare spice as we as less available in the shops at the cost of $400 per pound (lbs).

This number goes to the native product of New Zealand that brings out the sweetness in our taste buds.

The honey is extracted from the Leptospermum Scoparium Flower that is used for medicinal purposes.

It is used for different antiviral, anti-inflammatory, and antioxidant purposes.

Therefore this all-purpose honey is available in the market at $500 per kilogram (kg).

Again on the list is another Japanese food called Matsutake- named pine mushroom.

It is found under the foot of pine trees and is regarded as the most expensive mushroom in the world.

The main reason behind its high price is due to lack of proper farming methods.

However, in recent days it is on the verge of extinction by the invasion of insects.

So if you want to have a taste before its extinction, then get ready to have it at the price of $600 per kilogram (kg).

In this list of the most expensive foods, we have potatoes- La Bonnotte potatoes.

Usually, we don’t think of potatoes as a luxury food, but these are delights.

They are found on the small French island of Noirmoutier in the optimum amount of mineral-rich soil.

They are delicate and harvested by hand three months after planting.

Furthermore, the salty tastes of the potatoes are a great mix with caviar.

How is cheese so expensive? It is made up of moose milk like the rest of the cheese in a simple way.

But it is manufactured only in Sweden by Christer and Ulla Johansson at their facility called “Moose House.”

The cheese is only, available in three varieties: a rind style, a blue cheese, and a feta-style in a limited number.

If you are willing to taste it, get ready to visit Algens Hus restaurant in Sweden and pay around $1,000 per pound (lbs).

This number is a drink called Kopi luwak, or civet coffee made from beans eaten and then defecated by the Asian palm civet or civet cat.

It might sound disgusting, but this process is what makes the coffee smoother.

The animal’s stomach performs digestion and fermentation to enhance the acid and flavor of the coffee.

Another most expensive food is the product hailing from the Piedmont region of Northern Italy.

These truffles grow amongst the roots of certain types of trees.

Indeed a most expensive truffle which has a particularly intense flavor and aroma.

The reason behind its hefty price is due to the lengthy time to locate and harvest them.

Saffron is a luxurious spice, regarded as a “Red Gold” because of its color and price worth.

Although used as a coloring agent, it has become a royal aspect that reflects royalty to any dish worldwide.

The main reason behind its high price is that the Crocus flower, which saffron comes from, is grown only seven days a year during autumn.

In addition, it requires a large number of tough working hands to harvest the spice.

Following in the list is an exciting dish that comes from edible bird nests.

It is also known as “Caviar of the East,”  including the main ingredient, a swiftlet bird’s nest.

These birds are usually found in Southeast Asia.

Moreover, it is scarce, nutritionally valuable, and the most expensive animal product consumed by humans.

In the list of expensive delicacies, we have chicken meat from Indonesia.

It includes the meat of rare chicken that is black due to specific genes causing hyperpigmentation.

Moreover, it is believed to have magical abilities to cure illnesses and bring good fortune.

The price of Cemani chicken depends on the size, however on average each worth $2,500 per piece.

Japanese delicacy includes expensive and popular seafood like one in this number.

Compared to other tuna fish, the better fat contents give an intense red color and specific stability of flavors in it.

However, the price of fish is massive when it is of good quality and handled adequately.

Again in the third most expensive foods, we have fruit from northern Japan’s Yubari region. These melons are a combination of two other cantaloupes.

It is costly due to its ridiculous sweetness. The melons are considered not only for eating but as souvenirs too.

During an auction, a pair of Yubari King Melons was sold for an eye-watering price of $27,229.

On this number, we have the most expensive pudding in the world.

You can get it at Lindeth Howe Country House Hotel in England.

Chef Marc Guibert made this pudding to set a world record as one of the pricey puddings.

This dessert includes a replica of a Faberge egg, including the ingredients: edible gold, caviar, delicious Belgian chocolates, and a non-edible 2-carat diamond.

In the top rank of most expensive foods, we have Almas Caviar hailing from Iran.

The eggs of sturgeon fish are used as ingredients which makes it really expensive.

These fish are on the verge of extinction, making them a rare food item with a high cost.

Similarly, the heavy price is also a result of its packaging made of 24 karat gold.

Ultimately, the price of this particular Caviar is $34,500 per kilogram (kg).

It is the end of the list of the most expensive foods in the world.

It is mind-boggling even to think about the cost of a piece or tiny amount of these delicacies.

You can find many dishes containing these expensive foods and served them at expensive restaurants and hotels at high prices. 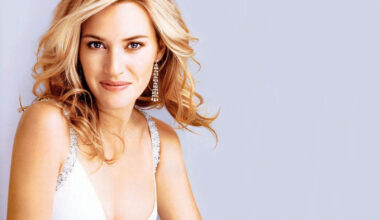 Read More
Beautiful British Women!! Britain is home to most of the beautiful women in the world. Undoubtedly, the UK…
TTop List
Let’s check out the Most expensive phone In The World as of , !! There is not much…