Petr Kellner was a Czech entrepreneur whose net worth was estimated to $17.5 billion when he died tragically in March 2021.

Czech Billionaire, Petr Kellner was born on May 20, 1964,  in Ceska Lipa, Czechoslovakia, while he spent his childhood memories in Liberec.

Moreover, he attended the University of Economics, Prague, and completed his bachelor’s degree in Industrial Economics in 1986.

However, he died at 56 in a helicopter crash while heliskiing near Knik Glacier, Alaska, USA, on March 27, 2021.

Apart, Kellner was a family man and married twice in his life. He was the father of four children from two different wives.

Let us learn more about Petr Kellner’s net worth, death, investments, and much other information in the article written below.

Some of the quick facts related to Petr Kellner is given in the table below:

Petr Kellner: Net worth and Income

Kellner had an estimated net worth of $17.5 billion. Moreover, he earned this hefty net worth from his career as a businessman and investment in a world-class company.

PFF’s first fund’s program has achieved the purchased stock with a nominal value of 5 billion CZK.

After the successful fund of PPF, he purchased a 20% stake in Czech insurance company Ceska pojistovna in 1996.

Apart, his fund PFF continuously increased his share percentage by transaction with IPB, and later, he became the majority shareholder with 93% owner in 2011.

Finally, in 2013, he became a 98.93% shareholder of PFF investment and financial group.

Besides, he also brought a share (49%) and signed the contract with Assicurazioni Generali in 2007. But, later in 2015, he sold his share to Generali for around $3.32 billion.

Other Source of Earning

In addition, he had been a board of directors of Central European Media Enterprises with a 3% stake since 2007. Kellner’s PFF also invested money in Home Credit, a Chinese finance firm.

His group PFF owned a large share of Home Credit, which helps provide an affordable home at a reasonable price.

Moreover, he was first enlisted in Forbes List of Billionaires in 2006 with an average net worth of $3 billion as 224th wealthiest man in the world.

Later, he became the 68th wealthiest man in the world with $14.9 billion in 2020, according to Forbes list.

Kellner also earned many properties all around the world, which worth valued millions of dollars. Besides, he and his wife also founded the charity foundation to help needy people.

Sadly, he died at the age of 56 in a helicopter crash while doing heli-skiing in Alaska.

So, his shares and net worth are now transferred to his wife and four children, respectively.

Kellner owned many properties and houses all around the world. But still, its exact information regarding his house and properties is under review.

According to Czech media, he owned a luxury home in Prague whose market value is million dollars. Moreover, he had also built the park for his family by destroying Hotel Praha next to his house in Prague.

His house also contained numerous large rooms, a swimming pool, a playing ground, and many other facilities.  He also purchased many houses, land, and other properties in different Czech and other countries.

Yet, the information regarding his exact properties detail is unpublished. As per information, he also owned an island resort in the British Virgin Islands.

According to a report, Kellner owned a Gulfstream G500 private jet which market value is around $45 million at this time. He used his private jet for traveling with his family on vacation and tours.

Apart, Petr had a collection of many branded cars and jeep. His car collection includes Ferrari, Ford, Lamborghini, Rolls-Royce, and many other renowned brand cars.

The Czech billionaire and successful entrepreneur Petr lived a luxurious life with his family in Prague. He had earned a hefty amount of net worth to provide a comfortable and luxurious life to his family.

As we know, Petr was a family man who loved spending his precious time with his wife and children by traveling and enjoying his family time together.

Besides his busy schedule, he often spent his leisure time with his wife and family by doing charity works and providing help for needy people.

Petr was married twice in his life. His first wife was named Iva Kellnerova, with whom he had already divorced. Later, he again married Renata Kellnerova after divorced his first wife.

From his marital life, he had four children, including his daughter Anna Kellnerova.

Petr Kellner was a huge fan of collecting photographers. Besides, in his house, he kept the largest photo collection taken by a Czech photographer, Josef Sudek.

Recently, in March 2021, he went heli-skiing along with his guides and guests on the helicopter, which became his last vacation of life.

In March, he and his five members went on heli-skiing vacation in the helicopter, an Airbus AS350 BS, for viewing the steep and remote terrain of the Chugach Mountains near Knik Glacier.

Unfortunately, the helicopter suddenly crashed down near Knik Glacier, Alaska, the USA, on March 27, 2021, making his last vacation.

He passed away in a crash at the age of 56. His funeral was conducted in his family and close friends in a private ceremony in Prague. As from above, we believe he was a vacation-loving person and used to travel to a different place for enjoyment.

Petr Kellner and his beautiful wife, Renata, established the Kellner Family Foundation in 2009. Since then, the couple was actively providing the fund of CZK 1.2 billion to needy people all around the country.

Besides, their foundation also helped people who suffered from flooding in 2010.

Apart, they also founded the Educa foundation for helping the establishment of the school and provide the necessary equipment for running the school.

Moreover, they also helped the disabled, special children, and their families by providing job opportunities and many more.

Petr and his wife, Renata, also focused on the education system and also helped the nation by creating schools in different parts of the country at a reasonable price.

Their foundation also worked to maintain the cultural and health-related program in many remote areas of the country.

Petr had invested his income in different companies all around the world. Moreover, he first founded his own investment fund PFF along with his two partners in 1991.

Later, he also used his money by buying the large share stakes from Komercni Banka and the Czech state, which helped him to become a major shareholder with 98.93% in the PFF group.

Besides, his PFF’s company also brought the share from Chinese company Home Credit, which helps provide the home at an affordable price in South-East Asia, the USA, and many other countries.

Apart, Petr also invested a large amount of his net worth in developing the Czech telecommunication networks and charity works.

The late billionaire Petr was a low-key person and always kept his business deal away from media and public attention. So, we don’t have much information regarding his endorsement yet.

Petr Kellner started his career as an employee at the Czech company Impromptu. His company used to import and sell Ricoph photocopies machines. While working at the company, he met his future company partner Milan Vinkler.

Their funding program was very successful, and more than 200 corporations stock the fund with a value worth 5 billion CZK.

Besides, his company also signed a contract with Assicurazioni Generali, which helped his company start its insurance firm in many other countries like Poland, Hungary, Romania, Bulgaria, Ukraine, Russia, etc.

Back in 2013, he also brought a 98.93% share of PFF and invested his money in different fields like telecommunication, home selling, glasswork, etc.

What was the net worth of Petr Kellner at the time of his demise?

Petr Kellner’s net worth was estimated at around $17.5 billion at the time of his death in March 2021.

When and how did Peter Kellner die?

On March 27, 2021, Petr died due to a helicopter crash near Knik Glacier, Alaska, USA, while going out for heli-skiing. He died at the age of 56.

Who became the prime holder of his net worth after his death?

Petr Kellner’s net worth of $17.5 billion, all share, and investment was transferred to his beautiful wife, Renata, and his four children, respectively.

NNet Worth
Rob Schneider, the veteran actor that has given us years of cheerful comedy movies, has an accumulated net…
NNet Worth 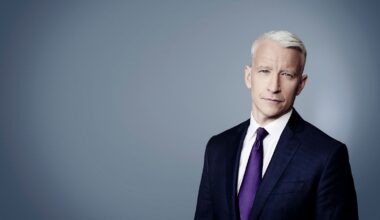