The Queen of the United Kingdom and 15 other Commonwealth realms, Queen Elizabeth II net worth, is $600 million.

Queen Elizabeth II is the longest-reigning and longest-living British monarch.

She is the world’s longest-serving female head of state and the world’s oldest living queen.

Moreover, Queen Elizabeth II is also the longest-reigning current queen and the oldest and longest-serving current head of state.

Respect for the monarchy has been and continues to be high in the United Kingdom, as has her personal popularity.

Elizabeth II was born as the Duke and Duchess of York’s first child in Mayfair, London.

She was schooled privately at home and began serving in the Auxiliary Territorial Service during WWII.

Let’s take a closer look at our honorable Queen’s details.

Queen Elizabeth Net Worth and Income

Queen Elizabeth II, who has ruled for the longest period of time, is estimated to be worth $600 million.

The royal family disclosed its annual books of accounts for the fiscal year 2020-21. The journal gives an interesting glimpse into the royal life of the English monarchy.
The Queen receives an annual lump sum, known as the Sovereign Grant, from the government.
It is a primary source of her Income.

The Queen earns money from various sources, like portfolios of lands, properties.
Her Majesty also receives an annual income from the Duchy of Lancaster.
It is a private portfolio held in trust by the ruling monarch.
The portfolio consists of a collection of land, property, and assets.

According to Express & Star, the Queen’s annual income from the Duchy of Lancaster was expected to be £23 million ($31 million) in 2020.

Let’s have a look at Queen’s net worth in different currencies.

Queen Elizabeth II has a palace for every occasion.

The majority of her property comes with her title, and the remaining others are from inheritance.

Buckingham Palace has been serving as the official London residence of the United Kingdom’s sovereigns Since 1837.

It is now the Monarch’s administrative headquarters.

The palace serves as a focal point for major national events and commemorations.

The balcony of the opulent Buckingham Palace is also the center of attraction.

Queen Elizabeth and her sister, Margaret, lived in Windsor castle for safety concerns.

The Queen loves to visits this place on weekends, and the castle serves her as a country vacation not far from her London home base.

Windsor Castle is also Queen Elizabeth’s residence as long as she is the reigning monarch.

The castle occupies 13 acres and has 1,000 rooms, making it the world’s largest occupied castle.

The palace of Holyroodhouse is the Scottish residence for the Queen.

It also serves as a focal point for showcasing some of Scotland’s elite events.

During the first week of the summer, Queen arrives North to attend an event known as “Holyrood Week.”

She resides at the palace whenever she visits Scotland.

The magnificent castle was built as a monastery in 1128.

The Balmoral Castle is among the private estate owned by Queen Elizabeth II.

This is one of her favorite places where she spends most of her summertime.

The queen has spent most of the beautiful moments of her married life in this castle.

Her late Husband Philips also used to adore this castle a lot.

The Queen stays in Hillsborough whenever she visits Northern Ireland.

Just like she does when she visits Scotland and stays at the Palace of Holyroodhouse.

It is also the official house of the Secretary of State for Northern Ireland.

The beautiful castle was built in the 1770s, and it is surrounded by 100 acres of lush green gardens.

Another Queen’s beloved private residence is the Sandringham Estate.

Queen frequently uses this Estate for holiday gatherings with family and close relatives.

It is well-known for hosting the royals’ annual walk to St. Mary Magdalene church for Christmas Day services.

The Queen is normally chauffeured around in some of the best British automobiles of the previous 65 years.

But whenever she is on official state duty, she has the option of driving one of three Rolls-Royces and three Daimlers.

Moreover, she also adores her Bentleys and a handful of Volkswagen support cars.

Because of her privileged status, Queen Elizabeth is not obligated to obtain a driver’s license.

However, she learned to drive during World War II while driving an aid truck for the Women’s Auxiliary Territorial Service.

Queen has been greatly obsessed with automobiles since she learned to drive.

She has collected a fleet of ultra-rare vehicles estimated to be worth tens of millions of dollars.

It is most likely the most elegant vehicle ever created.

The royal family only uses this stagecoach for the most prestigious of occasions. It initially appeared in 1762.

The Royal Gold State Coach is only used for coronation ceremonies and other occasions involving the ruling monarchy.

The next time we see this Coach will be during the coronation of the new King.

The most recent entry to the Queen’s garage is reported to be a new Bentley Bentayga.

Bentley is well-known for its opulent and luxury vehicles.

This vehicle has 600 horsepower with a top speed of 187 kilometers per hour.

The company made every effort to match the car’s elegance to that of royalty.

The Queen’s 2015 Range Rover is likewise personalized to her preferences.

It also has backward-opening doors and an open-air top, allowing her to wave to people while traveling.

The royal flag is mounted on the bonnet of the maroon Range Rover.

The Range Rover boasts custom modifications for Her Majesty.

She frequently drives her Range Rover away from the public gaze.

Elizabeth does have several rides, but these two are her most famous ones.

Consider them to be the president’s limousine. They accompany her everywhere.

Every detail of the car has been designed to the queen’s exact requirements.

Her car includes every luxury that ordinary people can only dream of.

This vehicle is also outfitted with some Bond-level protection, though Bentley will never reveal those details.

The 2001 Jaguar Daimler V8 Super LWB is another in the Queen’s seemingly endless series of premium executive automobiles.

She drove the car for three years as her private vehicle, visiting the Windsor Castle estate and meeting friends.

The company modified the Jaguar for Her Majesty’s comfort.

There is an armrest made expressly for her specific type of purse.

Likewise, there’s a unique switch that allows her to feel fresh air to the sides.

The designers considered that she prefers fresh air when driving, but not directly on her face.

Even though she has driven various vehicles throughout her life.

The Queen’s favorite car has always been the Land Rover Defender.

Queen Elizabeth has owned and driven Land Rover since obtaining her first one.

She and the Duke of Edinburgh once went on a six-month tour to the countryside on Defender.

The large collection of costly tiaras worn by Queen Elizabeth II over her 69-year reign has been one of the many highlights of her tenure.

Queen Mary offered her Fringe Tiara to her granddaughter, Princess Elizabeth, at her royal wedding to Prince Philip in 1947.

The stunning tiara was created in 1919 by the House of Garrard and has 47 tiny diamond bars.

The tiara broke on the day of Queen Elizabeth’s wedding, as she was getting ready for the ceremony.

A police officer escorted the tiara to the jeweler’s studio, repaired in time for the wedding.

During her reign, Queen Elizabeth wore the Tiara on multiple Occasions.

This Tiara is one of the most recognizable headpieces of the Queen.

According to Garrard House, in 1898, the diamond Tiara was a bridal gift of Queen Mary.

Later in 1947, Queen Mary gifted the tiara as a wedding gift to her granddaughter.

The Queen did not wear a tiara on her wedding day, but she wore the piece throughout her reign.

Her picture with the Tiara is visible on British and Commonwealth banknotes.

The State Diadem was created for the crowning of King George IV in the British Royal Family in 1821.

The Diadem was transferred to Queen Adelaide, the consort of King William IV, after his death.

Then it was passed down to Queen Elizabeth in June 1953, which she wore on the way to her coronation.

On the route to the state opening of the parliament, the Queen continues to wear the diadem.

The crown includes pearls and diamonds.

She has experienced responsibility, fantastic adventures, deep heartbreak, and many beautiful royal moments.

Queen Elizabeth is the most powerful and one of the richest women in the world.

Being a Queen, She spends the majority of her time at Buckingham Palace.

The Queen attends more public meetings than any other royal family member. Her dear husband, Prince Philips, passed away on April 9, 2021.

She has four children whom she adores a lot.

Queen has a strict and scheduled lifestyle. But she loves spending time with her family.

She adores her grandchildren a lot and loves spending time with them.

She does lunch on a silver plate in her private chambers. And she spends a few hours in the sitting area next to her office, watching TV or reading.

Generally, she goes to bed at 11 p.m., but she enjoys reading in bed before sleeping.

Queen Elizabeth adores dogs a lot, and she has owned and kept over 30 Welsh Corgis during her reign.

She currently has two corgis and one dorgi.

Every summer, Queen Elizabeth travels to Balmoral Castle in the Scottish Highlands for her yearly summer holiday.

She makes trips to Scotland and Balmoral Castle free from duties and spending time with her beloved family and grandchildren.

The Queen is the patron of 510 organizations in the United Kingdom. She supports Cancer Research UK, the British Red Cross, and Barnado’s.

The royal family supports 2,415 charities in the United Kingdom, with a total of over 3,000 globally. Elizabeth II appreciates charity organizations that target social and civic issues.

A few films represent Queen Elizabeth’s life and biography and provide an insight into royal life.

One of the Netflix series, The Crown, is one of the best to cover her entire life story.

The Series is based on the book written about her, The Crown, The Official Companion.

We can find various books about the Queen of England, Elizabeth II.

Some of them are:

Elizabeth took over the throne of the monarchy when her dear father, King George VI, died on February 6, 1952.

The coronation ceremony streamed live on television for the first time, allowing people worldwide to view the event.

Queen Elizabeth has served her nation with full dedication during her reign and before her reign.

The then-18-year-old princess enrolled in the Women’s Auxiliary Territorial Service during World War II. She worked as a mechanic and truck driver for the troops.

More than 40 countries that used to be part of the British Empire achieved independence during the Queen’s reign.

The Queen has overtaken Queen Victoria as the longest-reigning monarch in the United Kingdom.

What does the Queen carry in her handbag?

Queen carries some mint lozenges, a fountain pen, and a metal make-up case. She never forgets good luck charms and some family photographs in her Handbag.

Is there any connection between Queen Elizabeth and Her Husband, Philips?

Prince Philip is the third cousin of Queen Elizabeth. They relate to Queen Victoria, Elizabeth on her father’s side, and Philip on his mother’s side.

Why is Queen Elizabeth nicknamed Lilibet?

Queen Elizabeth used to spell her name Lilibet when she was a kid. Her beloved grandfather, George V, continued to call her Lilibet. Her close family member continued referring to her by her cute nickname since then.

50 Highest Paying Jobs In The World 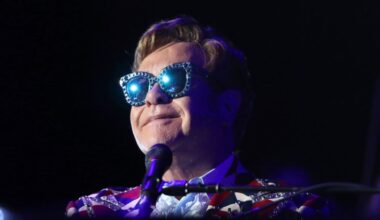 Read More
One of the most talented and legendary musicians in the world, Elton John’s net worth is $500 million.…
NNet Worth
“The Eagle,” who outwrestled bears to become one of the greatest Mixed Martial Artists, Khabib Nurmagomedov, has an…