Robbie Awad pled not guilty to the accusation of driving while intoxicated. He has been charged over his young wife’s death on June 29 this year.

Robbie Awad, aka Robbie Morgan, was arrested on June 29 for the death of his young wife.

He was charged with several offenses over a fortnight ago and formally entered a not-guilty plea at Proserpine Magistrates Court today.

Also Read: Where Is Athena Strand Killer Tanner Lynn Now? Is He In Jail? Arrest And Charge

On June 20, while on vacation with his recently wed Marina Hanna, 29, he was driving an electric buggy when it overturned on Hamilton Island in Queensland.

Mr. Awad surrendered and was reported to Queensland Police on Friday and charged with driving negligently, resulting in death, seatbelt violations, and going while using a mobile phone.

He was not present in Proserpine when the topic was initially mentioned, which enraged Magistrate James Morton.

Mr. Wildermuth indicated that he needed to be more knowledgeable of the court’s rules, which required someone to present in person for the initial mention of their case.

The court was postponed shortly to allow Mr. Awad to appear by phone. He formally submitted a not-guilty plea to the accusation of driving without necessary care and attention, which resulted in death.

No pleas were entered for the charges of not using a seatbelt, not making sure his passenger was using one, and using a cell phone while driving.

These cases will be heard again in February. Mr. Awad and his wife had been married for ten days when they went on their honeymoon to the Whitsundays.

The 31-year-old was also being charged with using a phone while driving, and neither he nor his wife wore seatbelts. He pled not guilty to the accusation of driving while intoxicated.

He and his new bride Marina Hanna were vacationing on the Whitsundays island only days after their wedding on June 11. Awad was driving the buggy at the time of the June 20 collision.

Following the reported accident, witnesses, including an off-duty fireman, dentist, and doctor, attempted to save her life for 35 minutes, but she was in cardiac arrest.

A helicopter was dispatched from neighboring Townsville to transport her to the hospital, but it was turned back when specialists realized the extent of her injuries.

The couple married on June 11, only ten days before the tragedy, at St Mary & St Merkorious Coptic Orthodox Church in Rhodes, in Sydney’s north-west.

It’s thought he was doing a U-turn when the truck flipped over, killing Hanna. In the days following the June 20 tragedy, Awad rushed to Facebook to express a heartfelt tribute to Hanna.

“The devastating death of the most beautiful girl in the world… my angel… my saint… my wife Marina Hanna has destroyed my heart and ruined my universe,” he added.

Her brother, Mark Hanna, addressed the audience, expressing his love and sadness for his loyal sister. “There are no words that come close to the agony that we feel today,” he said, fighting to hold back tears.

The sky looks to be sobbing as well.” Marina was adored by everyone who knew her since she was such a nice, youthful, and powerful woman.

She was beautiful inside and out, loved to laugh, and had a positive outlook on life.

After the alleged collision, an off-duty fireman, dentist, and doctor attempted for 35 minutes to save the young woman’s life, but she was in cardiac arrest. When doctors understood the extent of her injuries, they opted against employing the 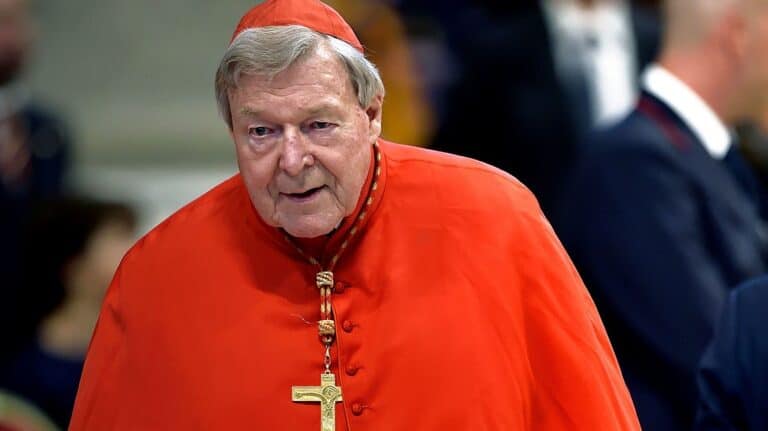 George Pell Arrested news is trending in social media as the cardinal has recently passed away from Cardiac arrest. George Pell AC, a Catholic cardinal of Australian descent. He served as the first prefect of the Secretariat for the Economy from 2014 to 2019 and was a member of the Council of Cardinal Advisers from…

Viewers can observe several headlines around Catherine Kasavuli Son, Martin Kasavuli, after her sudden death battling Cancer. Catherine Kasavauli was a legendary Kenyan first female news anchor who has worked with leading television stations, including The Kenyan Broadcasting Corporation, Citizen Television, and Kenya Television Network. She graduated from the Kenya Institute of Mass Communication and…

People are searching for Sophia Rosing Parents as she was arrested for assault in the fourth degree and disorderly conduct in the second degree. Sophia Rosing, a teenage student, was seen in a video hitting and racially insulting two black female pupils. Rosing was jailed after hitting Kylah Spring and arguing with another Black female…