She is popular among fans for portraying the role of Black Widow in MCU (Marvel Cinematic Universe), the most successful movie franchise.

All’s favorite Black Widow is one of the most renowned and highest-paid actresses globally.

Her amazing performance as the only-lady character in MCU’s early phase skyrocketed Scarlett’s stardom to the stratosphere.

Likewise, Johansson is one of the highest-grossing box office stars of all time. Her movies have grossed more than $14.3 billion worldwide.

Now, let us have a look at the loved star Scarlett Johansson’s net worth and how she spends her multi-million dollar fortune.

Let us have a look at Scarlett Johansson’s life.

Scarlett Johansson | Net Worth and Income

Scarlett Johansson’s net worth is a staggering $165 million as of May 2022.

She got mentioned on Forbes’ annual list of the highest-paid actresses worldwide from 2014 to 2016.

Scarlett Johansson’s earnings in the respective year were $17 million, $35.5 million, and $25 million.

Talking about her salary, Johansson easily makes at least $10 – $20 million upfront per film.

Besides, Johansson’s salary for Iron Man 2 was $400,000. She was introduced as Black Widow in the movie and played the side character alongside Robert Downy Jr.

Furthermore, she got a single-digit million salary for the next few MCU movies.

Furthermore, the actress earned a total of $15 million for her role in Avengers: Endgame and Avengers: Infinity War.

Summing up, she likely has earned a massive salary of $60 to 75 million for her role in all Marvel movies.

If talked about non-MCU films, Johansson received a $17.5 million paycheque (before backend) for 2017’s Ghost in the Shell.

Surprisingly, she makes between $10 to $20 million per year from brand endorsements alone.

Likewise, Johansson signed a multi-year deal with Reebok in 2007.

According to the deal, she co-created a sub-brand named Scarlett Hearts RBK which is Reebok’s athletic clothing and shoe line.

As many of us know, Scarlett Johansson sued Disney in late July 2021.

Johansson’s lawsuit accused big daddy Disney of violating and breaching the terms of Scarlett’s contract. Obviously, the actress signed to star in the movie Black Widow with Marvel Entertainment.

Her agents were concerned from 2019 that Disney was planning to release Black Widow on Disney+, one of its streaming platforms, as a promotional strategy.

However, Johansson’s contract called to earn a $20 million upfront salary plus a backend box office revenue.

What’s more, the global COVID-19 pandemic shuttered movie theaters for months. Hence, there was no option for Disney to push their release dates further but to release on both streaming platforms, Disney+ and theatrically, at the same time.

According to some relevant sources, the simultaneous release (dual platform release) added $50 million bonus cash to Scarlett Johansson’s net worth.

Let us see what Scarlett Johansson’s net worth is in different currencies.

American actress Scarlett Johansson purchased a house for $4 million in 2018. Her large secluded home is located in upstate New York.

Likewise, she roughly spent $2.1 million in 2008 to buy an apartment in midtown Manhattan.

However, she listed this apartment for sale in 2019.

Johansson’s apartment was initially listed for $2.5 million. But, the actress lowered the marked price to $2.3 million in late 2020.

It seems like she is keen on owning several real estate across the country.

Moreover, Scarlett Johansson spent $4 million purchasing a beautiful mansion in the Los Feliz neighborhood of LA in 2014. Additionally, her total real estate portfolio is worth around $20 million.

Read About Ryan Reynolds Net Worth: Movie Career and Lifestyle

American actress Scarlett Johansson is quite a car enthusiast and has a few expensive car collections.

Her Audi Q5 is in all-black color, suiting her Black Widow personality.

Obviously, the highest-paid actress could easily afford any car from her large fortune.

Either way, Scarlett enjoys a lavish lifestyle to some extent.

However, she isn’t active on any social media platform to share pictures of her car and lifestyle. It looks like she cares less about the limelight of social media.

Johansson has two elder siblings and an elder half-sibling (brother) from her father’s first marriage. She has a twin brother as well.

Besides, she has dual citizenship, which means Scarlett has both Danish and American citizenship.

The actress got her Danish citizenship through her father. Scarlett Johansson’s father, Karsten Johansson, is an architect from Copenhagen, Denmark.

In any case, Johansson had dreamed of becoming an actress from her childhood.

So, she enrolled at the Professional Children’s School as a child. Later, she went to the Lee Strasberg Theatre Institute to pursue her dream as an actress.

Talking about Johansson’s love life, she fell for actor Ryan Reynolds and later got married in 2008. However, they both decided to part ways and got divorced in 2011.

The ex-couple welcomed their daughter a few months before their wedding. Unfortunately, things didn’t go as plan for the two, and they got divorced in 2017.

Also, the happy pair has a child together named Cosmo Jost.

Yes, Johansson prefers to go on a vacation date with her partner, most obvious to a sunny, relaxing beach.

Likewise, her vacation plans might be perfect for getting away from her hectic work schedule.

The actress also shared once that she enjoys a white winter holiday.

Similarly, Johansson has traveled from Disneyland in California to as far as Argentina, dodging the paps.

Besides, there are several other vacation spots located worldwide, which she loves to travel and hide from the paparazzi.

Generous Scarlett Johansson is no less than a superwoman in real-life. She is famous for her kind gestures towards needy people.

Johansson donates and supports USA Harvest, which is a charity organization that collects and distributes food to the needy.

Amazing actress Scarlett Johansson got her big breakthrough with an appearance in the 2001 black comedy film Ghost World.

Likewise, she followed up with a leap of adult roles, including Lost in Translation. She even won a BAFTA and got nominated for a Golden Globe for this film.

Similarly, Johansson flooded the box office in 2004 with films like The Girl With the Pearl Earring, The Perfect Score, A Good Woman, A Love Song for Bobby Long, In Good Company, and The SpongeBob SquarePants Movie.

Moreover, she began her MCU career in 2010 with an appearance in Iron Man 2. Then the actress reprised her role several times in the MCU films.

Apart from Marvel, Johansson’s other notable films include Lucy, The Other Boleyn Girl, The Black Dahlia, Jojo Rabbit, and Marriage Story.

Furthermore, the gifted actress has voiced characters in numerous movies, including The Jungle Book, Her, and Isle of Dogs.

Johansson started her career quite early as a child. The actress made her film debut, appearing in the 1994 fantasy comedy North.

She routinely landed minor roles in movies including Just Cause, If Lucy Fel, and Manny & Lo.

Also, there is a long list of films that Scarlett Johansson has appeared in as a lead or side character.

Besides, she was even nominated for the Chicago Film Critics Association Award for Most Promising Actress early in her career.

Johansson decided to focus full-time on her film career, transitioning from teen to more adult roles, after her graduation in 2002.

She has appeared in many stage productions apart from acting on the big screen.

Her Broadway debut, A View from the Bridge, in 2010 won her Tony Award for Best Performance.

All things considered, Johansson earned a massive $40 million between 2017 and 2018, including her salaries and endorsements.

As mentioned earlier, Scarlett Johansson’s net worth sits at $165 million.

What is Scarlett Johansson’s favorite food?

Her only weakness is cheese. Johansson loves cheese as much as we all do.

Did Scarlett Johansson have a good relationship with his parents?

Not really. Johansson fired her mother as a manager, which is quite awkward, to be honest.

What is Scarlett Johansson doing now?

Johansson currently wants to work as a producer in Hollywood.

Yes, she is a successful and one of the highest-paid actresses worldwide. Likewise, Scarlett Johansson’s net worth sits at $165 million as of May 2022. 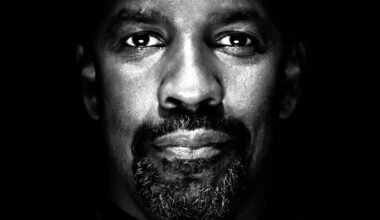 Read More
One of the A-list, bona fide movie star Denzel Washington’s net worth is $280 million. Denzel Washington is…
NNet Worth
American entrepreneur, industrialist, technology mogul, and investor Jeff Bezos has an estimated net worth of $200.5 billion. He…