Home Top 10 Shortest NBA Players in the World
NNet Worth

Let’s check out the Top 10 Shortest NBA Players in the World.

In the world, there is barely a person who does not like sports. Even the person who has no interest in playing also loves watching the games. It is the best way of entertainment.

Players play the games for their team and the people watching them.

The main factor in differentiating a player and a great player is their skills, efforts, love for the game, sportsmanship, mental ability & physical fitness.

There is a popular myth in the sports industry that in games such as Volleyball, Basketball, Football, etc., the taller you are, the more skillful and a good player you are.

In some cases, yes, it helps, and there is a benefit, but not in all cases. Especially in Basketball, if you are not tall enough, you can’t play well. Would you agree with this?

There is a big argument about this myth, but the  NBA players listed in the top 10 have proved not once, not twice, but many times that the height barrier can’t stop them from being great players.

Ishmael Larry Smith has finished his 10th season in a league. In these 10 years, he played for 11 different teams.

He changed as much as three teams in the same season. He was not able to defend strong and tall players.

He is also below 70% free throw shooter, which is terrible. Nonetheless, Smith’s career lasted for 10 Years.

Despite his short height, his exceptional speed and effective handle always managed to get him to the cup.

He improved his three-pointer to the league average he pushed the pace for the second unit and was really solid in the pick-and-roll.

They surely will be joined by Chris Paul and quite possibly Kyle Lowry, even though he only has an average of 14.7 points in 6.2 assists per game.

Lowry could end up in Springfield due to his six all-star appearances NBA ring and an Olympics gold medal.

Despite unflashy statistics, Lowry does all those little things that aren’t necessarily seen in the box score.

He’s not the player who single-handedly makes the team a contender, but the team will be better when he is on the court on defense.

Kyle Lowry is a pest a very intelligent and extremely annoying pest.

Likewise, he is built like a bulldog, and it is tough to push him around despite his small body structure.

He is a brilliant positional defender and a hustler who is always among the league leaders.

He is a solid scorer who may not always to able to create a shot for himself but knows how to score and distribute and pick & Roll and hit 3 when needed.

His quality is subtle, but it’s undeniable that Kyle Lowry is one of the best little guys to ever do it.

Kemba Walker has a body frame like an ordinary high school kid.

He jumps as if he has springs in his sneakers and can get buckets on anybody with a lightning-fast first step and fearless drives in the hoop paired with a deep bag of faints.

After three successful years at Unconn University, he declared for the NBA draft, where he was selected seventh overall by Charlotte Bobcats.

Kemba had anything but the easy start as a rookie in the team.

The Bobcats won only seven games in a shortened season which was the worst record of all time.

However, just two years later, Kemba Pushed them to 43 wins and a playoff appearance which he would also accomplish.

Two years later, Charlotte didn’t build a good enough team around Kemba, who chose Greener Pastures and signed with the Celtics in the 2019 offseason.

With four all-star appearances and a career average of 20 points, and over five assists per game, Kemba is turning into one of the best players ever at 6 feet or under.

The Boston Celtics Stash Draft Picks for years allowed them to take high-risk, high-reward players in the second round of the draft.

The most exciting prospect in that category was undoubtedly the point guard Carson Edwards.

He spent three years of his university career at perdue at the big ten conference.

As a junior, he averaged 24.3 points and hardened 10.6 three points attempts per game.

He was hitting a lot of them, too, and broke the march madness three-points record at 28 made threes with such a shooting pedigree in the league that loved shooters.

It was surprising how Edwards fell all the way to the 33rd pick.

Carson had one of the most memorable performances in summer league history when he scored 8 three-points in a quarter, one shy of clay Thompsons’ NBA record.

However, he appeared in 37 games for the Celtics.

The lack of size and physicality did bother him, and he only averaged 3.3 points with unimpressive shooting performances.

Still, we believe he can turn it around because he can shoot the lights out, and such players never forget how to score.

Augustin’s NBA career began in 2008  when Charlotte Bobcats Selected him with the ninth pick, and Micheal Jordan himself believed he could be a great contributor for the team in the future despite his size.

Augustine proved to be a good shooter and a nice complimentary piece of the bench but probably shouldn’t have been picked as high as ninth.

After Charlotte, DJ moved around a lot and changed seven different teams before settling in Orlando where he’s playing for the last four seasons.

Despite being a role player who is averaging  10 points and four assists for his career, Augustine has a respectable 12-year tenure in the NBA and counting.

His shining moment came in the first game of the 2019 playoffs when he won the game at the buzzer against the future champs in Toronto.

Frank Mason III is another two-way player who plays for the Bucks.

G-league team Wisconsin heard Mason was a great player for the Kansas Jayhawks, where he’d win national college player of the year in 2017 as a senior.

He was selected 34th overall in the 2017 draft by the Sacramento Kings, where he played for two seasons averaging under 16 minutes per game in 90 games.

After that, Kings waived him. The bucks picked him for the 2019-20 seasons, but he spent most of the year in the G-league, where he was named the G-league MVP with averages of 26.4 points, 5 assists, and 3.4 rebounds per game.

Waters shares a lot of basketball similarities with Berea Tremont and has a high basketball IQ and 198 assists.

He broke the LSU Tigers record for assists by a freshman set by Ben Simmons in 2016.

Tremont averaged 15.6 points, 6 assists, and 3 rebounds per game in his 2 years of college.

He declared for the 2019 draft, where he was selected with the 51st pick by the Celtics Boston signed him to a two-way contract which means he would split time with Celtics and their G-league affiliate main Red Claws.

Due to Celtic’s depth at the point guard position and championship aspirations, Tremont played in just 11 games with the big boys and spent most of his time in the G-league, where he shined.

He averaged 18 points, 7.3 assists and 3.2 rebounds per game, and 36 games for the Red Claws and was named G-league rookie of the year.

However, he went undrafted in a 2006 NBA draft.

JJ never averaged more than 25 minutes per game in his career and started in only 13 of his games still, and he was immensely appreciated for his energy, high basketball IQ, and professionalism.

Barea was incredible in transition, intelligent in the pick and roll and capable of getting rid of taller and stronger defenders with his dribble despite his size.

Barea impressed through his long career with the pinnacle in 2011 when he played two brilliant games in the NBA finals that helped Mavs win their first NBA championship.

Chris Clemons knew he wasn’t going to be a tall person, and his basketball idol was Allen Iverson, just like he was for many other aspiring players not blessed with height.

Clemons got hopes despite a small stature, and with 44 inches vertical, he could dunk the ball with ease.

He was also a great shooter and ball-handler, which was a promising sign that he could make it to the pros despite his height.

He went to Campbell University, where he would break numerous records as a senior.

Similarly, he became the big south all-time leading scorer and with 30.1 points.

Similarly, he led NCAA division 1 scoring despite such a storied college career and first-class scoring category.

Clemons went undrafted in the 2019 NBA draft, which surely wouldn’t have happened if he was few inches taller.

He played for the rockets in the summer league and impressed team officials who offered him the two-way contract.

Clemons played 33 games for Houston this season off the bench and because the rockets love small ball and high scoring guards like peanut butter love’s jelly.

Isaiah Thomas’s family realized that young Isaiah is addicted to basketball as he’d spent all his free time on the basketball court with a clear goal in mind to become an NBA player.

Isaiah’s dad admitted that he had several unsuccessful attempts to convince his son that it would be wise to have a plan B in addition to basketball.

Isaiah, however, was interested in nothing but plan A.

His father took him around the playgrounds where adults played and left him to fend for himself in an attempt to show him that it would still be good to at least think about plan B.

Nonetheless, the exact opposite happened, Isaiah managed he survived and thrived among the tall and strong players both in high school and university and then in 2011 NBA draft.

He was selected with the 60th and the last pick of the draft, but the position wasn’t important because it finally came true, and in the words of Conor Mcgregor, he wasn’t just to take part he was there to take over.

The little guy proved all the doubters wrong and showed that he should have been a lottery pick.

He became the best bench scorer in the league, and soon enough, he became a starter. When he came to Boston, he absolutely exploded.

In 2017, he was the third-leading scorer in the NBA with 28.9 points and had a better scoring average than LeBron James.

Thomas was almost out of the league until he settled with the wizards on a minimum deal.

Read About: Top 20 Expensive Motorbikes in the World

Stargazer, Rock n' Roller & The Immortal Pranaya Poudel. I am a content writer and editor for geniuscelebs.com and wealthypeeps.com. If you are looking for logical conversation and suggestions then good luck. Coffee drinker and kind of a loner. 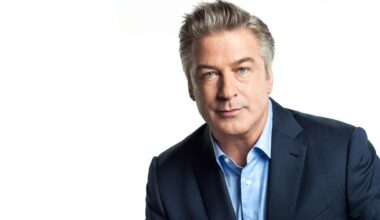 Read More
American actor and producer Alec Baldwin’s net worth is $60 million. He is popular for frequently appearing on…
NNet Worth
Retired American professional basketball player Charles Barkley has an estimated net worth is $50 million as of 2020. …