Sohael Kathuria is Hansika Motwani husband. The smitten couple tied the knot on December 4, 2022, in a big ceremony wedding ceremony at the Mundota Fort and Palace in Rajasthan.

If you are a Bollywood fan, you will not fail to recognize Hansika Motwani. The well-known Indian Actress predominantly plays in South Indian movies.

She began her acting career as a child artist with a serial Shaka Laka Boom Boom and gained considerable recognition.

After a few years of hiatus, the Bombay native returned to the acting industry in 2007.

Since then, Hansika Motwani has been the continuous face of Indian movie screens. The beautiful Actress, 31, recently got married to a Mumbai-based businessman.

Today’s article is about Hansika Motwani’s husband and their marital life. Follow us till the end to learn more about the beautiful star’s spouse, including the detail about the backlashes they have been facing.

Sohael Kathuria is Hansika Motwani’s husband. The adorable pair tied the knot on 4 December 2022 in a fairytale ceremony.

The smitten pair’s wedding ceremony was held at the Mundota Fort and Palace in Jaipur, Rajasthan.

The lovebirds looked happiest. Moreover, Hansika has shared a few snaps of her wedding ceremony with her 5.6 million Instagram followers.

On the other hand, Sohael Kathuria’s Instagram account is private. The fans and well-wishers of the Actress and businessman poured congratulations and wished them a beautiful marital journey.

The Puli star’s spouse is a Mumbai-based businessman. Sohael also serves as a designated partner for Hansika’s event management firm.

The businessman is an owner of a textile Company. His firm has been exporting apparel globally since mid-1985.

It looks like the married duo crossed paths through their work circle.

Although the smitten pair preferred to keep their union away from the media limelight, Motwani’s Instagram post of her dream proposal made their bond public.

The entrepreneur proposed to the gorgeous Actress in November at Eiffel Tower. The picture of Hansika Motwani’s proposal photos resembled the scenes from romantic movies.

While sharing the beautiful snaps of her proposal, she captioned the post, “Now&Forever plus a  black heart emoji.”

You might not know that Sohael Kathuria is Hansika Motwani’s best friend, Rinky Bajaj’s ex-spouse.

Soon after pictures of the Son Pari star’s dreamy wedding surfaced, the internet took it by storm. Social media sites are filled with the duo’s pictures. Hansika and Sohael looked like royalties on their wedding day.

While congratulations and best wishes to the newly married couple are flooded, some people have been slamming the star for marrying her best friend’s former spouse.

Netizens dug deep and re-shared Sohael and Rinky’s wedding video. A social media user questioned in the comment section of Hansika’s wedding picture, “How could someone marry her friend’s ex-husband? Anyways Congratulations!”

While acknowledging the trio’s story, another person said, “how selfish can people get? Where are loyalty, friendship, and respect in this relationship?

Born on 9 August 1991, Hansika Motwani is the daughter of Mona Motwani and Pradeep Motwani. Her mom is a dermatologist, and her dad is a businessman.

Regarding Hansika Motwani’s religion, she converted to Buddhism in 2010. In an interview, the Actress revealed that chanting had helped her personally and professionally. 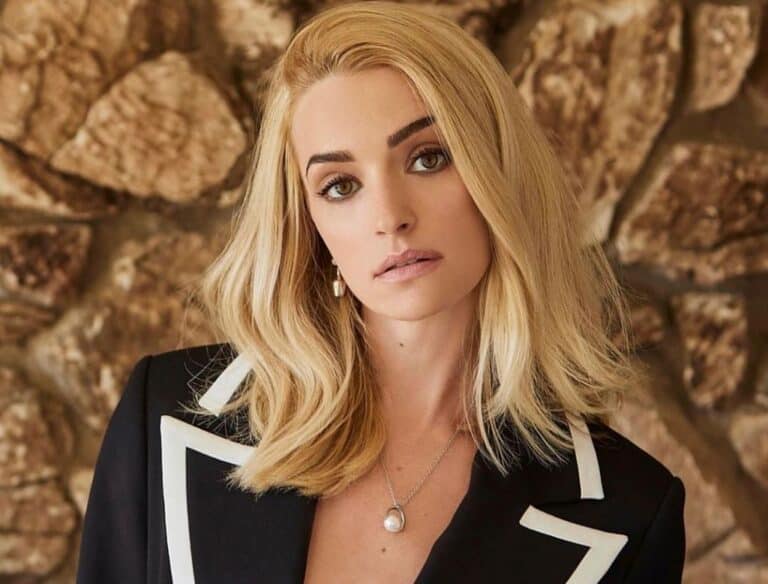 Fans have questioned why Brianne Howey looks so similar to Actress Julia Roberts. Is Brianne Howey Julia Roberts’s Daughter? Are They Related?  Brianne Howey is an Actress from the United States. Since 2021, Howey has also played Georgia Miller, the lead character of the Netflix comedy-drama Ginny & Georgia. Similarly, she has made appearances as…

Peta Shannon is a member of MEAA, Screen Producers and Writers Guild Australia. Peta is widely known for her character in The Babadook (2014), Dark Blue (2019), and The Stranger (2022). The Stranger is a British mystery thriller by Danny Brocklehurst and based on the 2015 Harlan Coben novel. Who Is Peta Shannon From The…

Ella Schuman is a young Actress and writer. She is an agent of ‘Houghton Talent.’ She always has an interest in becoming an Actor in the movie. She is now doing several numbers of films, and commercial ads, although people don’t know about her.  In 2018, Ella worked on the TV series Cobra Kai. As a…

Fans are curious about Urvashi Rautela Plastic Surgery as she is an Indian model and Actress who primarily appears in Hindi films. She won the title of Reina Hispanoamericana India 2022 and represented her country at the international competition. Despite having previously won the title of Miss Diva Universe 2015 and competing for India at…