Stuart Scott did not have eye Cancer. Instead, he was diagnosed with appendiceal Cancer, which was the cause of his death.

American sportscaster and ESPN anchor Stuart Orlando Scott was most known for his work on SportsCenter.

Scott was a mainstay for the network in its National Basketball Association (NBA) and National Football League (NFL) coverage. He is well-recognized for his hip-hop flair and usage of catchphrases.

Scott, a native of Chicago, lived in the back of the London Towne Houses on the city’s southeast side. Scott attended the University of North Carolina at Chapel Hill and received his degree after growing up in North Carolina.

Before signing on with ESPN in 1993, he started his career with several regional television stations.

Even though there were previously seasoned African-American sportscasters, his hip-hop-infused sportscasting was a first for television.

He started on ABC as the lead host for their NBA coverage in 2008 and had become a mainstay of ESPN’s programming.

On April 3, 2002, while filming a special for ESPN, Scott was struck in the face by a football thrown during a New York Jets mini-camp, causing an eye injury. Following the procedure, he experienced ptosis or eyelid drooping.

In 2007, Scott got a stomach ache after leaving Connecticut on a Sunday morning to go to Pittsburgh for Monday Night Football.

He left the game early to go to the hospital after his stomach ache got worse, and he eventually had his appendix removed. Doctors discovered that the patient had Cancer after evaluating the appendix.

Two days later, he underwent surgery in New York to have a portion of his intestines and some lymph nodes close to his appendix removed.

Scott exercised while having chemotherapy. Scott described his battle with Cancer at the time: “Meeting other people who have battled Cancer is one of the best aspects about having it, even though that sounds like an oxymoron.

You are connected. It resembles a sorority or fraternity.”

When Scott started working again and coworkers learned of his Cancer diagnosis, they felt overly supportive of him. She simply wanted to discuss sports rather than disease.

In 2011, the Cancer returned, although it eventually regained remission. On January 14, 2013, a second Cancer diagnosis was made. Scott would do mixed martial arts or a P90X exercise program after chemotherapy.

He had received 58 chemotherapy infusions when he switched to chemotherapy pills in 2014. As part of his Cancer treatment, Scott underwent radiation and numerous surgeries. Scott never cared what stage of Cancer he was experiencing.

Stuart Scott pretty much handled everything on ESPN after becoming well-known on SportsCenter. His career would end tragically, even though he covered the NBA Finals, presented game shows, and entered the sports world.

Scott had to have his appendix removed in 2007, and following the operation, medical professionals found that he had Cancer.

However, despite multiple functions and rounds of chemotherapy, the illustrious anchor didn’t give up. He continued to go to the gym and, more obviously, made television appearances.

Also Read: Carlo Trinchero Arrested For Weapon And Drug Case, What Did He Do?

Scott was honored for his battle with Cancer by receiving the Jimmy V Perseverance Award at the ESPYs in July 2014.

The SportsCenter host declared to the globe, “When you die, it does not mean that you lose to Cancer,” in a speech similar to the legendary one delivered by the NC State coach. You defeat Cancer by living your life in a certain way and for the right reasons.

Scott passed away on January 4, 2015, at 49. However, the world’s sports fans continue to carry on his legacy.

Stassie Karanikolaou Parents have played a supportive role in her life and career. Despite keeping a low profile, they are important figures in Karanikolaou’s life. Anastasia “Stassie” Karanikolaou is a social media influencer and model known for her popular Instagram account and her appearances on reality television. She first gained widespread attention for her friendship… 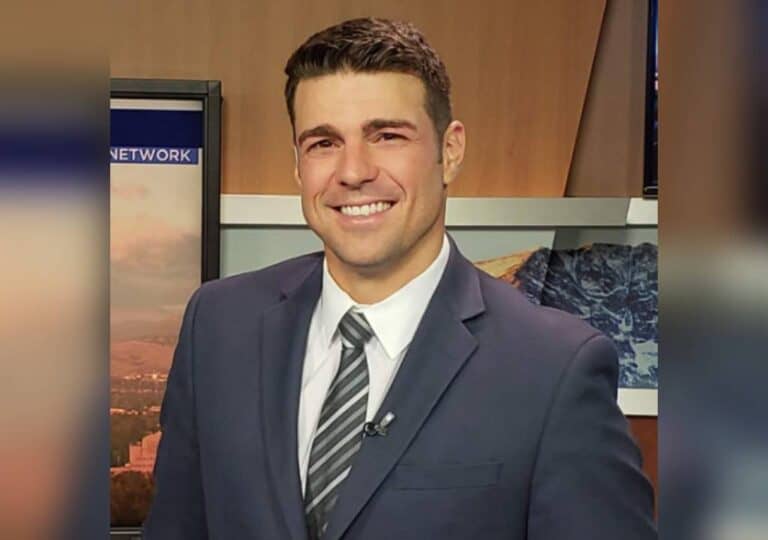 Matt Roloff has four kids with his ex-wife Amy Roloff whom many of his fans show massive interest in as he has held immense support and views from his audience for many years. Fully known as Matthew James “Matt” Roloff, he is a well-known television personality, author, farmer, business entrepreneur, and motivational speaker from America,…

Is David Graziano leaving SVU? People are curious following allegations against him regarding workplace bullying, sexism, and racism. The American television writer and producer is known for his works in Felicity, Coyote, Day Break, Terra Nova, Lie to Me, Southland, Jack Ryan, and In Plain Sight, among others. Furthermore, Graziano was named the new showrunner of Law & Order: Special Victims Unit in June 2022….

Katie Price ex-husband Kieran Hayler has been detained by Police for investigation purposes, and he was released shortly after. Since media outlets have acknowledged his arrest, many people have been curious about his scandal. Fully known as Katrina Amy Alexandra Alexis Price, she is an English media personality, model, and businesswoman who has been the…