One of the most sought-after performers, Tim Allen’s net worth is $100 million.

His performance as Tim Taylor on ABC’s Home Improvement rocketed the stand-up comedian into a new level of stardom.

Allen is most known for his humorous performances, but he is also famous for his more tragic and weighty appearances in films and television programs.

Tim Allen | Net Worth and Income

The most admired personality over the last three decades, Tim Allen’s net worth is a staggering $100 million.

He made his riches mostly through various TV jobs and as a director and voiceover actor. He previously worked for the ABC and Fox networks.

His multifaced career has contributed highly to his skyrocketing affluence.

Tim started his career in the entertainment industry as a stand-up comic.

In 1991, he landed in the sitcom “Home Improvement,” which aired on ABC. That series ran until 1999. Allen received an estimated $1.25 million every episode.

Allen’s yearly income is estimated to be about $40 million.

Similarly, his salary for his role in “Last Man Standing” is now reported to be around $235,000 each episode.

It’s also a show that began on ABC but was subsequently taken up by Fox owing to ABC’s lack of interest in continuing the series.

Since Allen’s primary job is on the small screen, income generators like syndication and reruns provide a consistent stream of money for many years to come.

As “Home Improvement” and “Last Man Standing” continue to be replayed and repeated on various cable networks, Allen is undoubtedly earning a steady income.

Aside from his TV appearances, Tim also blended his voice, particularly for the Toy Story saga.

On the other hand, the third Toy Story earned the star a remarkable figure of $22 million.

He was working on several projects that year, so this might include other initiatives he was receiving money from throughout the documented year (2011).

There is no news on whether he receives any backend earnings from the sale of Toy Story products, although this is more than possible.

Since Tim is expanding his ventures and expertise, we can safely assume that his net worth might skyrocket in upcoming years.

Let’s look at Tim Allen’s Net worth in different currencies, including the Cryptocurrency Bitcoin.

Allen’s real estate appears to be minimal for someone with a net worth of $100 million.

Throughout his career, he has purchased and sold a few luxurious estates.

His most recent purchase is a modest $1.4 million Los Angeles retreat off Mulholland Drive.

Tim Allen’s character on the famous television show Home Improvement was known for his love of automobiles and tools.

Coincidentally, Tim Allen also has a passion for vehicles in real life.

Allen is a die-hard Chevy fan, and he has a fleet of them.

Tim Allen’s Corvette ZR1 is one of the fascinating automobiles in his collection.

Similarly, the Dodge Challenger Demon has been regarded as one of the most exciting new power vehicles.

It has prominent celebrity owners, so it’s no surprise that Tim Allen wanted to get his hands on one of these cars as well.

Even though we have only mentioned a few of his vehicles, he has a large fleet collection that can compete with any other car enthusiast.

The humorous man has a pretty much vibrant lifestyle. Despite having a massive net worth, he lives a much more modest life.

Tim is always working out, eating healthily, and even meditating. He has stated that he is continuously looking for ways to appear fit and fresh.

In 1984, Allen married his longtime girlfriend, Laura Diebel. They divorced in 2003, though. He had a daughter with her.

Allen married actress Jane Hajduk in 2006 following a five-year relationship. The couple also has a daughter together.

The pair appears to be deeply in love and are frequently seen together at events and parties.

He has participated in various projects, including Nickelodeon’s “Big Help-a-thon” and Habitat For Humanity.

Allen most recently auctioned off his beloved 1955 Chevy Nomad on eBay for The September 11/Twin Towers Fund.

Similarly, Tim has also made significant contributions to the underprivileged members of society, especially the homeless.

Allen started to perform at the Comedy Store in Los Angeles after a short stint in prison for a drug-related incident.

Similarly, Tim also appeared on the cable comedy series ‘Some Semblance of Sanity.’ Tim moved to Los Angeles and started performing at “The Comedy Store,” which boosted his confidence.

He gradually began to appear on late-night talk shows. In 1991, he was cast in Home Improvement. Which then became ABC Network’s number one show.

Furthermore, Allen also lent his voice as the iconic Buzz Lightyear in Pixar’s Toy Story franchise. In 1997, he appeared in another Disney production, Jungle 2 Jungle.

His other movies include Galaxy Quest, Christmas with the Kranks, Zoom, Wild Hogs, and many more.

Allen has been a regular on the ABC sitcom ‘Last Man Standing‘ since 2011.

Tim took a temporary break from movies due to his TV commitments but returned in 2017 with Netflix’s black comedy feature ‘El Camino Christmas.’

Two years later, he reappeared in the role of ‘Buzz Lightyear’ in the fourth edition of the ‘Toy Story franchise, ‘Toy Story 4.’

Tim has also dabbled in book writing and has become a published author over his career.

Allen published Don’t Stand Too Close to a Naked Man in 1994, which is a combination biography and funny information guide.

In his book, he covers his prison sentence and popular television series and advises on love, career, and life in general.

Both of his books were New York Times bestsellers, with the latter spending 17 weeks on the Publishers Weekly bestseller list.

Allen’s life was quite tough before he became an actor. He had a troubled childhood and teenage.

After completing his bachelor’s degree in television and radio production, he began selling narcotics. He then went to work at a sports goods store.

Tim Allen’s comic career began when his friends challenged him to do stand-up at Comedy Castle, a ckub in Detroit.

That was in 1975, and young Tim Allen had no idea that would be the beginning of a life-long career in the comedy industry.

After years of struggling as a stand-up comedian in Los Angeles comedy clubs and acting in small-time cable series and television commercials, Allen had his big break with ABC’s sitcom ‘Home Improvement.’

The eight-year-long series sparked Allen’s acting career and established him as a Hollywood actor and comic.

Since then, he has reached a significant milestone in his career and has established himself as one of the prominent figures in the entertainment industry.

Why is Tim Allen no longer seen in Hollywood movies?

Tim Allen may have appeared in fewer major Hollywood films since he is currently working as a director. After gaining experience directing Home Improvement, he directed Crazy On the Outside in 2010.

The show Home Improvement may have ended more than 20 years ago, but Tim and Richard’s relationship is still going strong. The two buddies have stayed in touch and maintained their connection to date. They also mention each other in their tweets every once in a while.

Yes, Tim is still married to his wife, Jane Hajduk. The couple is having a fantastic time together, and there is no sign of tension or anything that may separate them.

NNet Worth
Belcalis Marlenis Almánzar, professionally recognized as Cardi B and primarily known for her rapping, has a significant net…
NNet Worth 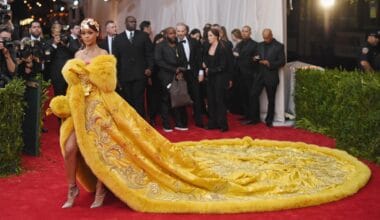