The Met Gala red carpet is a platform to highlight celebrities’ charms, the creativity of talented designers, and the themes that carry a story from history.

The event allows for extravagance and boldness on the red carpet and, more often, gossip that gets people talking.

Since it is the most awaited event, every media and audience wait for celebrities’ unforgettable yet dramatic fashion moments.

In case you have missed any Unforgettable Met Gala Red Carpet Fashion from the past, we have covered them for you.

She arrived at the event in a peach ball gown with off-the-shoulder tulle details, and a long train flowing behind her was the major head-turner of the star-studded event.

Her peachy Marilyn Monroe-inspired outfit caused a stir on the internet, highlighting her feminine side.

Aside from her stunning appearance, Billie also created history being the gala’s youngest co-chair.

The beauty mogul appeared in a totally covered Balenciaga outfit, including a face-concealing mask.

Kim Kardashian‘s outfit kept the audience guessing. Although her sister Kendall was nearby, giving observers a hint, the dress and its mystery aura provided the crowd with something creative and new.

Her stark black Balenciaga high couture gown and matching mask and train were unlike anything she or anyone else had ever worn at the Met Gala yet.

Consequently, her attire became the most highly debated appearance at the 2021 Met Gala.

The styles included a T-shirt dress over a bodysuit, a balaclava, and matching gloves. Nothing was visible except for Kardashian’s sleek, long hair.

One of the most iconic women, Lady Gaga never fails to make a dramatic entrance in any event.

The actress donned a bright pink gown with a 25-foot train for her first appearance, which required many hands to carry in the back. Her outfit was designed by her longtime friend and partner, Brandon Maxwell.

Consequently, she entered the event wearing pink attire. And then, her designer Maxwell removed her pink robe to expose a black strapless bustier gown.

The drama did not end there; Gaga stepped down to show a black flashy crystal bra and sequin tights over her lingerie.

Since Gaga is famous for her dramatic appearances and exceptional fashion choices, her gala appearance in 2019 became one of the most discussed fashion moments in Met Gala history.

In 2019, Billy Porter rocked the red carpet by arriving in a litter. He entered the event being carried by six shirtless guys.

Billy made the audience wonder with the iconic outfit created in a dramatic reference to Ancient Egypt.

He wore The Blonds’ unique “Sun God” dress, including a bejeweled catsuit with 10-foot wings and a 24-karat gold headpiece.

His appearance at the dramatic entrance at the Met gala 2019 also garnered considerable attention globally.

Why wear jewelry or wear a watch when you can go down the Met Gala carpet with your own head as the outstanding accessory?

That’s exactly what Jared Leto did for Gucci in 2019. He carried a decapitated head that was a wax-like duplicate of Leto’s own face, like a clutch.

His style of presenting the theme was completely unusual, as it was both terrifying and captivating at the same time.

Even though his Met Gala look created a wave globally, Leto looked stunning in a long-sleeved silk red gown with diamond-studded embellishment down the neckline.

We are talking about the unforgettable fashion moments in the met gala, and how can we forget the iconic Katy Perry?

Katy Perry arrived at the Met wearing a custom Versace gown adorned with angel wings. It was one of the night’s most talked-about outfits, and the best part was that it required an open-top car to get to the venue.

Moreover, the singer was photographed driving through Manhattan streets before the red carpet, her dramatic wings flapping in the wind for all to see.

She created a moment even before the event began.

The Met Gala’s theme queen, Rihanna, walked the red carpet in 2018 with one of the most iconic looks ever.

Riri arrived at the Heavenly Bodies: Fashion and the Catholic Imagination theme event in 2018 dressed as a high-fashion pope.

In 2018, the Migos trio wore matching Versace outfits to a Met Gala. Migos is well-known for their flashy yet cool outfit, so these dudes arrived prepared to crush the event.

The vibrant blazers emblazoned with religious images and symbols added much-needed spice to the carpet.

Of course, the Atlanta rappers had to complete their appearances with jewels that could pay out all of the world’s student loans.

The legendary singer Celine arrived on the red carpet of the 2018 Met Gala in a gorgeous gold Oscar de la Renta gown.

Her gown, to be exact, was incredibly imperial, with tiny, long feathers surrounding her crown and draped fringes made of micro-cut jewels coming from her garment.

Even though she garnered massive admiration for her gorgeous outfit, her headpiece was a real show stopper.

Furthermore, Celine’s Met Gala outfit managed to capture the focus from all sides while also being one of the most iconic fashion moments of the event.

One of the most stunning ladies, Sarah Jessica Parker’s iconic appearance at a Met Gala in 2015, broke the internet.

Moreover, SJP wore a Philip Treacy headpiece, her own branded shoes, and a gorgeous high-slit dress she made in collaboration with H&M.

Aside from her stunning outfit, her “The Philip Treacy” headpiece grabbed massive attention.

Furthermore, her unique style went down in history as the headgear that sparked a thousand memes. However, she flaunted the outfit beautifully.

Late Princess Diana is regarded as the epitome of class and elegancy, and she had so many great fashion moments that choosing just one is tough.

She flaunted a lacy navy blue gown with a beautiful necklace in the 1996 Met Ball. A Royal family member attending the event was simply amazing, and Diana single-handedly uplifted the class and fame of the Met Gala.

Her Met Gala appearance in 1996 was one of the most talked-about moments in the history of the exhibition.

John Galliano designed her stunning gown for Dior and was part of the fashion designer’s first couture collection for the iconic brand. What a great way to launch a business!

At Met Gala 1992, Christy Turlington created headlines with her iconic recreation. She paid tribute to one of Hollywood’s greatest actresses, Audrey Hepburn.

The gorgeous Audrey had a great sense of style, and her look became iconic and will be remembered for a long time.

Moreover, Christy recreated her Breakfast at Tiffany’s Givenchy style with a floor-length fitting black gown, a pearl necklace, and her signature hairstyle.

The gorgeous Iman stepped at the Met Gala 1981 in a golden attire that drew her to the major spotlight. She was escorted by the designer Calvin Klein himself.

She wore accented body chain and gold earrings that complemented her complexion so wonderfully.

The goddess of pop, Cher, popularized the “naked dress” concept.

She rocked the Met Gala 1974, wearing a transparent and feathery gown by her favorite designer, Bob Mackie.

Her iconic gown also drew a lot of attention and made headlines.

Moreover, her attire went on to become a Met Gala classic, which was later worn by everyone from Beyoncé to Jennifer Lopez and, on several occasions, Kim Kardashian.

When it comes to Met Gala fashion, Cher’s see-through gown is always mentioned. Similarly, her outfits have been recreated multiple times in the Met Gala event.

We’ve just compiled a few of the most memorable fashion moments from the star-studded events.

However, there are other several incidents that continue to create headlines whenever they are mentioned.

As you can see, we have not mentioned the 2022 Gala moments on this list, and we sure will be coming up with a new list just for 2022.

There are a lot of moments to talk about the 2022 event, including Kendall Jenner‘s shaved eyebrow look, Kylie’s wedding dress look, and Kim’s bleached blonde hair.

So stay tuned with us.

NNet Worth
19-year-old sensational outbreak Artist, Billie Eilish has a total net worth of $53 million as of . Billie…
NNet Worth 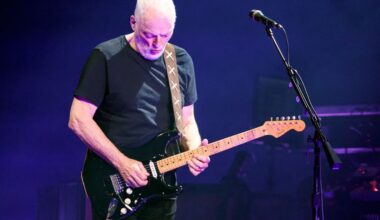