Was Richard Ramirez Executed? People want to know more about the vicious “Night Stalker” as he has been feared all after hearing his story.

The Walk-in Murderer, also known as Ricardo “Richard” Leyva Muoz Ramirez, was an American serial killer whose crimes were committed in California between June 1984 and August 1985.

His initial cluster of attacks took place in the San Gabriel Valley. In 1989, he was found guilty and given the death penalty.

Ramirez is a “manufactured” psychopath as opposed to a “born” psychopath, according to psychiatrist Michael H. Stone.

He claims that Ramirez’s untreatable schizoid personality condition played a role in his indifference to the agony of his victims.

Ramirez was repeatedly knocked unconscious and on the verge of death before he was six years old, according to Stone. As a result, “later developed temporal lobe epilepsy, aggressivity, and hypersexuality.”

Ramirez was granted the death penalty. However, he was not put to death.

In addition, he had a history of drug misuse and persistent Hepatitis C infections.

On November 7, 1989, Ramirez was found guilty on all charges and given the punishment of being executed in a gas chamber in California. He spent the next 23 years in San Quentin State Prison on death row but never made it to the chamber.

Ramirez’s initial state-level appeals were unsuccessful on August 7, 2006, when the California Supreme Court maintained his convictions and the death penalty.

The California Supreme Court turned down his request for a rehearing on September 7, 2006. Ramirez was still working on other appeals at the time of his passing.

Ramirez’s upbringing is thought to have influenced his criminal behavior. After being mistreated by his father, Ramirez started cultivating grisly, macabre hobbies in his early and middle adolescence with his elder cousin, Miguel Ramirez.

Miguel is said to have also taught him some of the military abilities he would employ during his year-long killing spree.

Ramirez has a keen interest in occultism and Satanism as well. He started regularly using cocaine by the time he left Texas and relocated to California at the age of 22.

To sustain his drug addiction, Ramirez routinely committed burglaries, many of which were later followed by murders, attempted murders, rapes, and assaults.

Richard Ramirez Death Cause: How Did He Die?

On June 7, 2013, Ramirez passed away at Marin General Hospital in Greenbrae, California, due to complications brought on by B-cell lymphoma.

Prisoners mature more quickly when they are behind bars. They frequently develop a predisposition to sickness and chronic problems due to previous unhealthy practices and the stress of being incarcerated.

According to projections from a 2018 study, one in three convicts will be older than 55 by 2030, increasing the likelihood that offenders will have diseases like Cancer, heart disease, liver disease, and kidney disease. Many of these conditions will eventually progress to death.

Ramirez most likely had terminal Cancer, though the exact nature of his condition is still unknown.

While Richard was incarcerated in San Quentin State Prison in California and on death row in 1996, the serial killer wed Doreen Lioy.

Lioy was a contract editor for the teenage magazine when her connection with Ramirez started. She is a Californian who is from Burbank.

She began writing the convicted murderer dozens of letters in 1985, when he was detained and awaiting trial, according to the San Francisco Chronicle. She claimed that as their friendship grew, she visited him in jail four times weekly. She once asserted that she thought Ramirez was utterly innocent.

She declared her love for Ramirez to be “more than anything in the world” in an interview with the Examiner, and in 1997, Lioy said on CNN, “I just believe in him completely,” adding, “He’s kind, he’s funny, he’s charming.”

Ramirez proposed in 1988, and the two married the marriage in 1996. But Lioy reportedly severed her relationship with the murderer after 13 years of marriage. She did so when DNA evidence was obtained in 2009, which tied Ramirez to the murder and rape of a nine-year-old child in 1984.

There were no kids born to Richard Ramirez.

But it’s been said that he moved on to another romance after his breakup with Lioy. This time, alongside writer Christine Lee, age 23.

On The Geraldo Rivera Show, Lee allegedly stated that she was engaged to Ramirez. It needs to be clarified, though, whether or when this ever occurred. She also declined to discuss their alleged relationship in any detail. 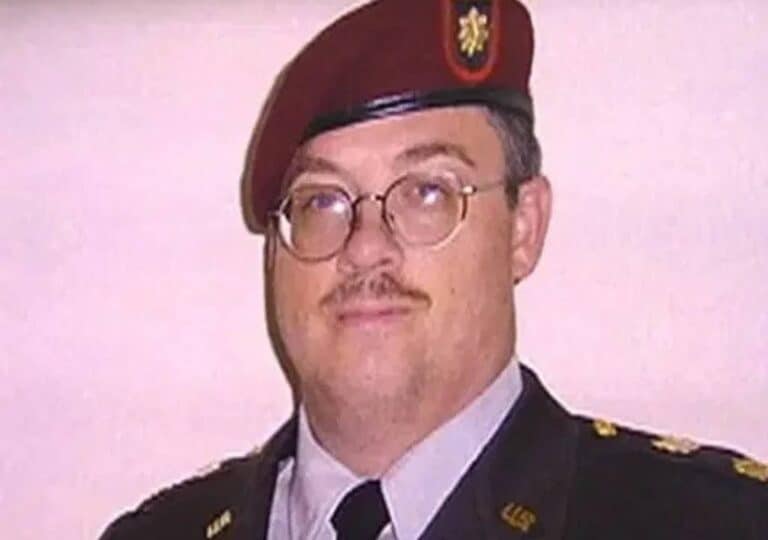 A closer look at David Shannon murder revealed a sinister scheme wrapped in jealousy, resentment, and lies. Here is everything we know about the brutal slaying. Army Major David Shannon was fatally shot in his House on 23 July 2002. His wife called 911 in panic and requested an ambulance. She claimed that her husband…

A murder charge has been brought against Bailey Messervy, suspected of stabbing a dog walker in Christchurch who later passed away in the hospital. Approximately 500 meters from the scene of the attack, raids were conducted on Corhampton St. on Wednesday afternoon, and 18-year-old Bailey Messervy was charged as a result. Messervy is charged with…

Tom Foley was found not guilty of killing his wife. Get updates on Tom Foley Dateline of the murder of his wife.  The Union City School teacher was murdered on February 2, 2009, while taking a shower in her two-story brick home on Girard Road. Tom, the husband, was initially found guilty of the crime…