Legendary hockey player Wayne Gretzky has a net worth of $250 million.

It won’t be far-fetched to say that Wayne Gretzky is the greatest hockey player the world has ever seen. In fact, he has worked his magic as both player and a head coach.

No wonder the Canadian sportsman is the richest hockey player of all time.

He played for the NHL for twenty years between 1979 and 1999 across four teams: the Edmonton Oilers, the Los Angeles Kings, the St. Louis Blues, and the New York Rangers.

Even after retirement, he has stayed active in the hockey community by taking other managerial roles.

Gretzky and his wife are also well known for their philanthropic works via their foundation.

In this article, we will explore how the great one made this money and how he likes to spend it. But first, here are some interesting quick facts:

Wayne’s successful career in NHL earned him a total of $45,079,614. Back in the day, players did not make as much as they did today. Media and advertising were less prominent back then, and also, the opportunities for sponsorship deals were a lot less.

Although the great one managed to make millions during those times, we could not help but wonder how much he would make if he were an active player in this decade.

In 1978, Wayne signed a seven-year personal services contract with the Indianapolis Racers, worth $1.75 million. Shortly after, he moved to the oilers.

His 1990 contract extension with the Los Angeles Kings was worth $30 million, making him one of the wealthiest players in the NHL.

In 1996, he signed an $8 million contract with New York Rangers for two years.

Even after his career on ice has ended, he has been in hockey in managerial roles, which has kept the money flowing. In 2021, Wayne stepped down from his long-time role as the vice chairman for the Edmonton Oilers.

NHL fans were delighted when he announced he would be working as a lead analyst of TNT’s hockey coverage. Apparently, his contract pays him around $3 million per season.

During his active career, it was estimated that he earned $12 million annually just for endorsement deals, a feat that is achieved by only a handful of celebrities.

When it comes to real estate, the Gretzkys have a taste that no one else does.

Wayne and his wife Janet bought an exquisite mansion in thousand oaks in 1999, soon after retiring.

Following the purchase, they hired renowned architect Richard Landry to redesign it to their liking.

The list of features doesn’t end there, though. It even has amenities such as a screening room, fitness room, wood-burning pizza oven, outdoor entertainment area, barbecue, tennis court, billiard room, and formal garden.

With the stunning views of Santa Monica mountains and lake Sherwood, this timeless estate is a dream of every house owner.

The Gretzkys lived there until 2007, selling the property to former baseball star Lenny Dykstra for a whopping $18.5 million. Dykstra eventually sold it after his financial fallout.

After a few other owners called it home, Gretzky’s brought it back in 2018 and spent even more bucks on renovating it. Apparently, previous owners left it trashed.

Now, the family has put their home back in the market for $22.9 million.

After parting ways, this is an elegant mansion in 2007; Gretzky moved to a nearby estate smaller than the previous one but no less in splendor.

The property was built in a Tuscan theme spanning nearly an acre of area. It flaunted a living room that opens to a vast pool area, a fountain, fresco dining, spa, gym, and fireplace.  They sold this house in 2017 for $5.85 million.

Wayne has a car collection that features the most desirable cars. He likes to customize his vehicles as per his liking, and most of them are adorned with his number 99.

The 1990s was not when players had the biggest contracts and endorsement deals as they do today. So what kept Wayne relevant was his intelligent business moves.

Following his retirement, he stayed active in hockey in other roles. He worked as the executive director of the Canadian national men’s hockey team before the 2002 winter Olympics.

In 2016, he joined his former team in Edmonton as a vice-chairmen and partner of the oilers entertainment group.

Besides that, he has made significant investments in other sports teams, such as Hull Olympiques and Toronto Argonauts. Wayne is also a partner with a sports manufacturer, first-team sports.

The all-time leading NHL goal scorer chose to be active in the business world. The player is now involved in several business ventures, including the “Wayne Gretzky’s” restaurant in Toronto and Wayne Gretzky Estates Winery.

The well-loved crazy restaurant in torrent ran for 27 years until it closed in 2020.

Most recently, he opened Wayne Gretzky Estates Winery in Ontario.

It’s no shock that Gretzky landed plenty of endorsements throughout his career. Top brands like Coca-cola and Dominos did expensive endorsement deals with him.

Other brands who have used his face to sell their products include sharp electronics, Easton sports, L. A Gear, Time Warner, Upper deck, etc.

Many books have been written over time analyzing the life and game of the legend. Alongside that, Wayne himself has penned a few books with other expert sportswriters.

Wayne’s 2016 book, 99: stories of the game; co-written with Kirstie McLellan Day, is popular among hockey lovers. The book garnered rave reviews with 4.7 ratings on amazon.

For the fans who want to read about the life journey of the legend, Wayne has co-authored various books such as ‘ Gretzky: From Backyard Rink to the Stanley Cup,’ ‘Gretzky: An Autobiography’ and ‘99: my life in pictures.’

As of 2021, Wayne and Janet are parents of five and grandparents of two. They are both entrepreneurs and philanthropists.

Despite spending many decades of their life, the Gretzky is still young at the heart. They celebrated their 30th anniversary in 2018 on a lavish European yacht trip with friends.

Not to forget, even their wedding back in 1998 was a spectacular event with millions spent on the whole ceremony.

Read About 15 Hottest Boxers in the World

Both Wayne and Janet are kind-hearted individuals who believe in giving back to society.

Wayne conducts most of his charity works through his own foundation that he founded in 2002. The bigger goal of the Wayne Gretzky foundation is to teach underprivileged youths life skills via sports, mostly hockey.

Every spring, diehard hockey fans, and NHL alumni gather in Las Vegas for a week-long camp full of pro-hockey experiences. Needless to say, the fees are all forwarded to the foundation.

He also has a hockey school, a part of the profits of which goes to the foundation.

The foundation has raised over $1 million to date in support of youth in hockey.

Besides that, he has made monetary donations countless times to various causes. A great example is when he donated $99,000 to the University Hospital Foundation’s brain center campaign via his foundation in 2017.

The young Wayne spent countless hours on ice honing his skills, and by teenage, he had already impressed Canada with his game.

His first entire NHL season was in 1979 fall with Edmonton Oilers. Just in his first season, he achieved 51 goals and 86 assists, leading him to win Hart Memorial Trophy.

With the lines of Stanley cup and other achievements, Wayne soon secured a celebrity status in Canada.

Oilers traded him to Los Angeles in 1988 where he could not win the Stanley cup but still lead the game perfectly. In 1996, he moved to St. Louis Blues for just one season and then to New York Rangers before retiring in 1999.

Let’s be honest, there’s barely anyone who can stay away from social media. The legend has been active on Twitter and Facebook for a long period and has amassed a lot of following over time.

Gretsky mostly uses his Facebook page to provide updates about his life to his beloved fans.

His businesses also have their respective social media pages alongside his accounts.

How many Stanley cups does Wayne Gretzky Have?

The Stanley Cup is the trophy rewarded to the national hockey league playoff champion.

When did Wayne Gretzky play his last game?

The NHL star played his last game in New York against the Penguins. The Rangers lost the game in overtime. Gretzky recorded his final assist on a goal by Brian Leetch.

British stunt man, comedian, and television personality Steve-O’s net worth is $4 million. He is certainly a celebrity that has made a name for himself in the entertainment industry. The media personality gained massive popularity mainly for his antics in the Jackass franchise. Although Steve has had respected jobs in the industry, he is also… 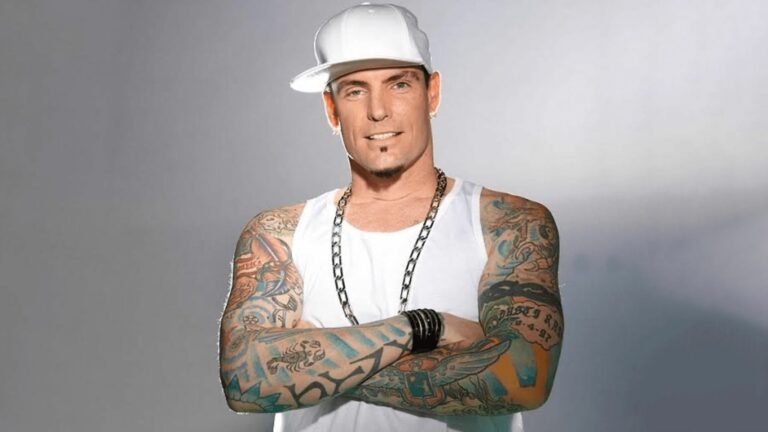 The popular American rapper Vanilla Ice’s net worth is $12 million as of .  In addition to being a rapper, he’s also an actor and a television host. His song Ice Ice Baby became the 90s superhit. The song became the first hip-hop single to reach the top of the Billboard chart. As a result,…

A Television reality show star, Rick Harrison net worth is $10 Million as of . Born to Richard Benjamin Harrison and JoAnne Rhue Harrison on March 22, 1965, in Lexington, North Carolina, United States, the businessman rose to fame as a reality TV star for the series Pawn Stars aired on the History Channel. Rick…

The Russian-Canadian programmer, writer, and best-known co-founder of cryptocurrency Ethereum, Vitaly Dmitriyevich Vitalik Buterin, has a whopping net worth of  $1 billion. Vitalik Buterin was born on 31 January 1994 to Dmitry Buterin and Natalia Ameline. His father, Dmitry, was a computer scientist, and because of whom, he learned about Bitcoin at the age of…

American model and auto racing driver Danica Patrick’s net worth is a staggering $80 million. She is well-known for winning the 2008 Indy Japan 300. Patrick is one of the most successful women in open-wheel racing’s history. Likewise, Patrick is the only woman to win an IndyCar series race. Also, she ranked third in the…